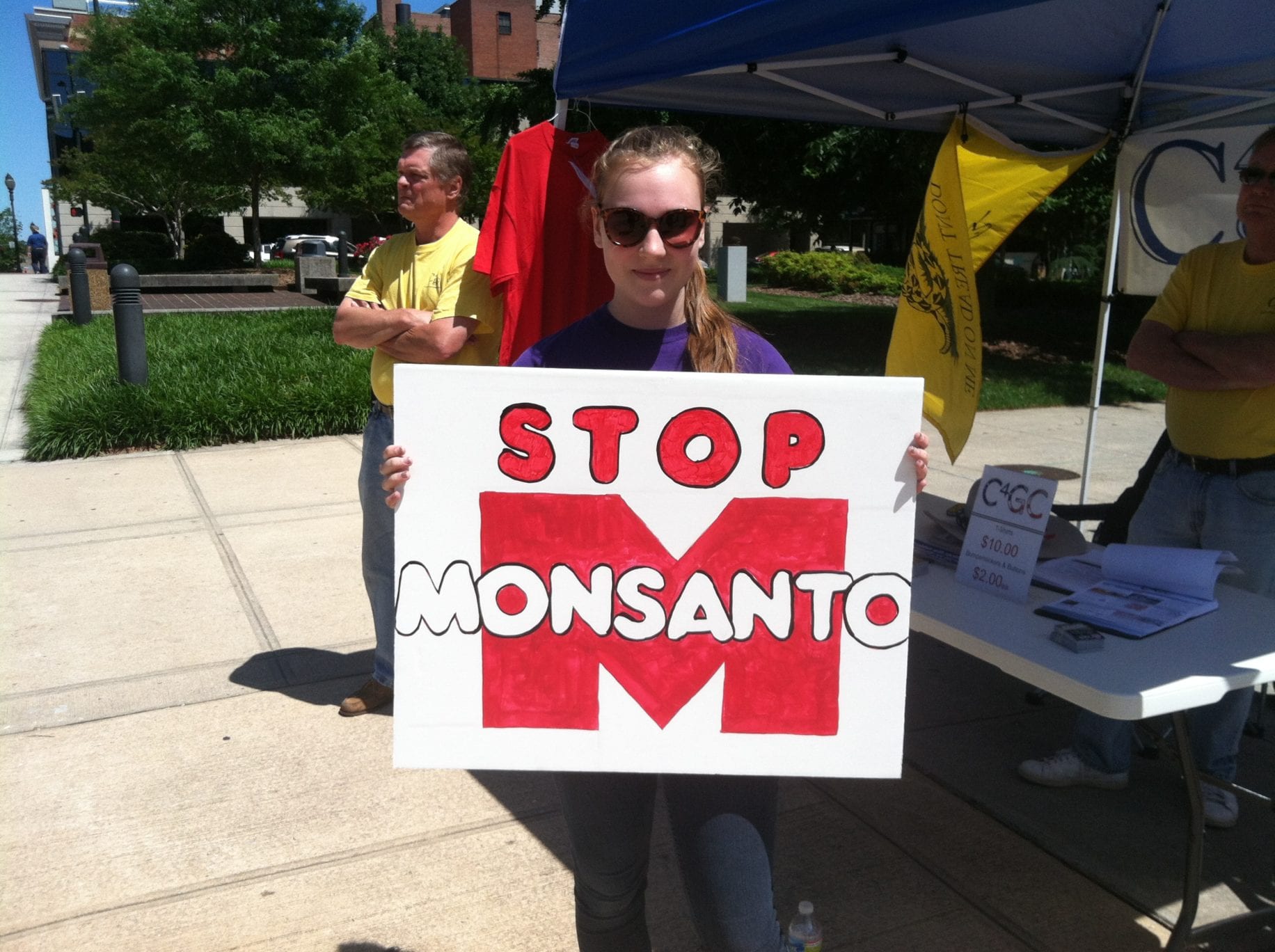 On the 25th of May across the nation organizers rallied for pesticide free food. Locally in Greensboro North Carolina, concerned citizens marched and rallied for this cause against major corporations that genetically modify food and exploit their employees.  Monsanto is the company that invented round up, aspartame, bovine growth hormone, and Agent Orange which are all chemicals that have harmful effects on the environment and on the human body.  More interestingly about Monsanto is their control and patent of their genetically modified plants.

Patents on Genetically modified plants have  allowed Monsanto to own life. These seeds are now the intellectual property of a corporation, hence, they now have value as a “product”. A corporation with enough power to patent a plant and sell these plants to farmers has led to an uproar across the globe. In India for example, the control Monsanto has on a cotton seed has contributed to a number of suicides from farmers who could not pay for the seeds which created a system of debt has allowed Monsanto to control the farming population of this area.

Monsanto created and own most genetically modified organism (GMO), and they have crops all over the globe. Monsanto has created super foods that are resistant to cold, to insects, to animals. This all sounds fantastic! A farmer would be able to yield a larger return on their investment without as much loss? Wrong, if a farmer buys the seeds one year, they are expected to continue to pay a fee because of the patent placed on the seed.

On March 24, the pro-Monsanto “Farmer Assurance Provision, Section 735” was slipped into HR 933. This provision provides that the Department of Agriculture will allow temporary permits to use the GMO seeds in the United States, even under court review.

Monsanto has driven small local independent farmers out of business and have since targeted these smaller farms in an effort to drive out competition. Being that a major theme of this corporation is focused on power and control of the market, what will happen to the laborers on the these farms.

Immigration and guest worker permits give rise to the invisible laborer. Farm workers in the United States have not always been treated with dignity and respect often time they have been used by the system of capitalism to provide inexpensive labor during peak harvest seasons. In the 60s there was a mass protest on grapes on this very issue led by Caesar Chavez. Unfortunately, the fight is not over. According to the Huffington Post, a  lawsuit was filed in Texas involving eight laborers, and the suit spoke of unsafe work conditions and inadequate room for all of the laborers. 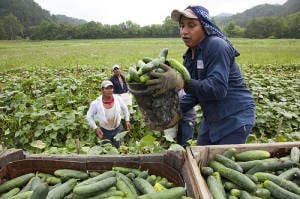 In discussing the H2A visas, there are safeguards in place to assist the worker in navigating the system. However, the only problem is the use of power to control this group of migratory farmers. In my personal experience with farmers and day laborers, they live in constant fear and are typically not informed about their rights in the United States. Unlike Americans who know they have work related rights, a migratory farmer is less likely to petition against an employer. Even when the authorities are called in to investigate, the likelihood of the migratory worker winning without having appropriate back up  is slim. Large farm organizations  such as Monsanto have the opportunity to take advantage of a group of guest workers who are low skilled and alone in a foreign country. USA Today reported on the issue from a systems perspective, and the system we have for guest workers is lucrative for those who have the privileged and power to bring them in.  They are able to process the paperwork, if they are a larger corporation, and hire guest workers through a recruiter who also profits off the backs of the laborer.

The slave trade is alive and well only instead of molasses, sugar cane and cotton.  Indentured servitude is brokered with grains and genetically modified produce all for a fraction of the cost of local farms and organic gardens. We wonder why the nutritional standards are lowered for our produce. Could this orange also be considered a “blood” orange? 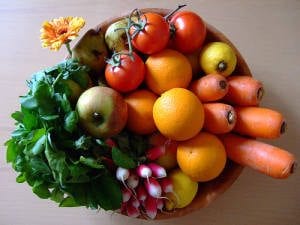