Social work licensure can be a dizzying experience for anyone who has graduated with a Bachelor or Master of Social Work. Preparing involves understanding the different requirements for each state, contacting the local state board that regulates licensure, and communicating with your local, state, and national NASW.  Grasping the educational provisions required by the CSWE and adhering to the procedures used by ASWB, it’s no wonder that of the 27,699 exams administered in 2013, there were 6,093 failed attempts. 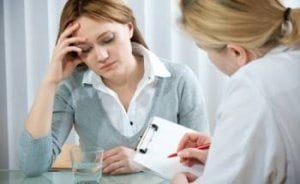 For those of you who are quick with math, you’ve already figured out that number equates to a 78% pass rate for the five different licenses they offer, which may not sound too shabby.  But consider this, the pass rate only takes into account first time test takers for that calendar year.

So, no matter how many times someone has taken and failed the exam in previous years, if they passed in 2013, they were counted in that number.  The level of confusion only increases as social workers allow year after year to pass between graduation day and exam day.  This is enough to cause measurable anxiety.  So what do social workers do when it gets to this point?  We seek out help.

A few years ago one of the most intelligent social workers I have met passed her clinical social work exam and is now practicing in the state of Georgia. For her, passing meant not having to go through the process over again for her fifth time. As far as my personal experience, the social work clinical license exam was the hardest exam I’ve taken in my entire life!  I studied hard and thought I would walk right in and ace the test my first go around.  However, I missed the mark by more than 10 points.  I was devastated that I had to go through the painstaking process of retaking the exam.

After I was successful at passing, my goal became offering help to other social workers who are trying desperately to clear this hurdle.  I have been working with social work licensing ever since and while I have had the privilege of sharing in the joy of many success stories, I have also witnessed social workers fail the clinical exam by as little as a mere point.  Some give up while others only get hungrier to succeed.

One option is to get together with colleagues or fellow alumni to create study groups.  We dust off the old text books and pull out the faded notebooks and buckle down to help pull each other through the process.  This works for some, however, let’s say 2 of the 5 people in the study group pass the exam and the others don’t.  While the newly licensed social workers are celebrating their success, the others may be left back…disappearing in embarrassment.  So we want to ensure that we are sensitive to the needs of all in the group.

A different approach is to turn to outside resources to move us forward on our quest.  Online test preparation programs, face to face groups, individual tutors, DVD’s, CD’s, apps, podcasts, and handbooks are some of the widely used tools.  Some are endorsed by NASW on a national level and some are even offered at NASW local chapters.   There are also some companies who provide group study events all over the country and many schools of social work are now incorporating a test prep component into their curriculum.  Be mindful that some of these programs are created by people who are not social workers and others who offer all manners of exams ranging from the LSAT to the GRE.

Technology also plays a role in advancing many social workers towards passing their exams.  There are apps that are offered free, as well as ones that costs.  At this time there are only a handful available and they mainly offer flashcards and practice exam items.  Web camera products like Skype and Google Hangouts assist many social workers with connecting to others when we cannot meet face-to-face for a studying session.

Submit your social work licensure stories of success, struggle, and any questions you may have about the process.  This is the first of a series of articles on the topic and as the resident expert-you can expect a well researched and valuable response on the level of competence you have come to expect from Social Work Helper.   Future articles plan to have interviews with key players from organizations such as CSWE, NASW, state jurisdictions, ASWB, and various test prep providers.  We also plan to do feature stories with social workers who have faced the exam and lived to tell about it!

…that ASWB creates the exams for social workers in 49 states (except California), the US Virgin Islands, and all 10 of Canada’s provinces?

Women Concerns as Social Workers in the Workplace