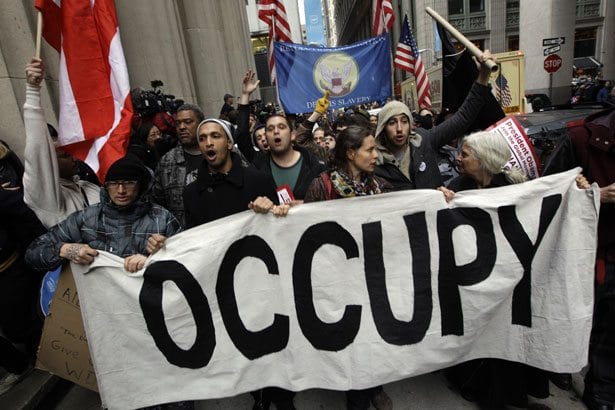 I began discussing economic inequality in my classrooms more than a decade ago when President Bush successfully pushed through Congress another round of supply-side tax cuts. Since then, there have been continuous discussions about the consequences of having so much of the nation’s wealth concentrated in the hands of a few super wealthy individuals and families.

In remarks given at the ARC in southeast Washington, DC in December 2013, President Barack Obama called economic inequality the defining challenge of our time. That economic inequality is a phenomenon that needs to be addressed is hardly debated these days. However, no one seems to have a politically viable plan to reverse the current trend, so we can only expect it to worsen.

Researchers Emmanuel Saez and Thomas Piketty have been documenting trends in economic inequality for more than a decade. Saez, an economics professor at the University of California at Berkeley and director of the Center for Equitable Growth has published numerous research articles on economic inequality with Piketty and others.

A 2014 paper with Gabriel Zucman—Wealth Inequality in the United States Since 1913—documented the growth in the share of wealth held by the wealthiest individuals and families with slides that provide a visual representation of the largess. Piketty, an economics professor at the Paris School of Economics created a firestorm among conservative economists with his book Capital in the Twenty-First Century, in which he concluded unchecked economic inequality may not reach the destructive levels predicted by Karl Marx, but could begin to undermine democracy.

The Roosevelt Institute recently released a compendium of social and economic policies that, according to Nobel Laureate Joseph Stiglitz, will promote economic growth and more shared prosperity. Titled “Rewriting the Rules of the American Economy”, the report features ideas of top progressive economic thinkers and promotes policy changes that address financial regulation, labor unions, progressive taxation and human capital investments that they say will create broader opportunity and a more egalitarian society.

Stiglitz, the former chief economic advisor to President Bill Clinton and former president of the World Bank, stipulates that economic inequality is not inevitable—that the notion there is a tradeoff between economic growth and inequality is false, and that the market is not free and infallible but determined by the rules and policies that we have put into place. He says new rules are needed.

Across the pond, the renowned scholar Sir Tony Atkinson has been building a case for policies that promote social justice for decades. In his latest book—Inequality: What Can Be Done?—released earlier this month, he lays out a 15-point plan to address economic inequality that includes raising the highest marginal tax rate to 65 percent. Take Jared Bernstein’s advice like I did and give a listen to this very compelling lecture and discussion by Sir Tony Atkinson. He says many things that are worth hearing. One thing he says that is undeniable is that neither side of the political spectrum has debated this escalating calamity in a meaningful way.

The American public has not made much of the issue despite the fact that 45 million Americans are living below the poverty threshold, many older Americans are facing a retirement crisis, and as Robert Putnam describes in his recent book—Our Kids: The American Dream in Crisis—for millions of children in the United States, the myth of the American Dream is little more than a fairy tale.

In a February AP/GfK poll, 68 percent of respondents say the rich are not paying their fair share of taxes. Yet all that we have seen in terms of public outrage was the relatively short-lived Occupy Wall Street demonstrations that never became the movement it threatened to be.

My understanding of being a social worker begins with a commitment to the pursuit of social justice for all Americans especially the most vulnerable among us. So the question is: what are social workers doing to affect social change? Are we merely helping people to cope with the status quo?

I am hearing from quite a few young social workers that they are not satisfied with what our profession is doing to change present circumstances. They believe that social workers must be more engaged in our nation’s politics and so do I. So does Nancy Humphreys and Tanya Rhodes Smith. There are enough social workers to lead the charge to demand that Hillary Clinton and other Democratic candidates address economic inequality.

As Frederick Douglass said: “If there is no struggle, there is no progress. Those who profess to favor freedom, and yet depreciate agitation, are men who want crops without plowing up the ground. They want rain without thunder and lightning. They want the ocean without the awful roar of its many waters. This struggle may be a moral one; or it may be a physical one; or it may be both moral and physical; but it must be a struggle. Power concedes nothing without a demand. It never did and it never will.”

Do You Need Help Passing the Social Work Licensing Exam

Do You Need Help Passing the Social Work Licensing Exam