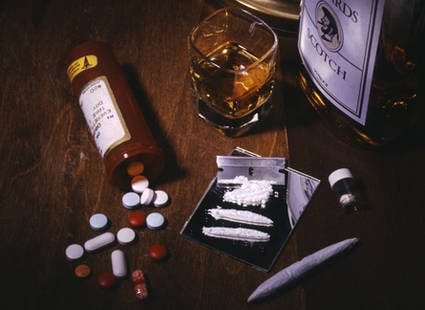 Substance abuse can include alcohol, tobacco, marijuana, and other drugs, and is prevalent in all ages. For adolescents, the top three most abused substances are alcohol, marijuana, and tobacco in that order. At the end of 2014, it was found that around 2.8 million older adults in the US abused alcohol and there was a 3.3 percent increase in illicit drug use among older adults between 2002 and 2013.

Now clearly, drug or alcohol use is different than abuse or addiction. Typically substance abuse has three criteria: tolerance, withdrawal, and continued use even when there is negative consequences. The withdrawal seems to be a key factor in that many people build up a tolerance and continue drinking even after having had negative effects, but not everyone has withdrawals, which is the separation between use and abuse. Another difference is that those abusing substances or with addictions often need treatment to overcome their excessive use and dependency.

There are countless substances out there but the big ones are alcohol, tobacco, illicit drugs, and other drugs such as caffeine and misused prescription drugs.

Excessive alcohol consumption is a leading cause of death, killing more than three million people each year worldwide. Still, excessive use is not the same as alcohol abuse or addiction. According to the Center for Disease Control and Prevention (CDC) defines ‘alcohol abuse’ as “a pattern of drinking that results in harm to one’s health, interpersonal relationships, or ability to work,” which is different than alcoholism–defined as a chronic disease. About 17.6 million Americans either abuse alcohol or are dependent on alcohol. Although this number seems small relative to the US population, it is actually close to 1 in 12 adults in the US. But keep in mind that it isn’t just adults using alcohol, many underage persons are as well.

Many states are considering changes to their alcohol sales laws; hopefully these changes will lessen the amount of alcohol accessible to underage persons. It will also limit the amount of alcohol-related crimes. However, some of the law changes being proposed seem to be more relaxed about alcohol sales instead such as not asking for ID for people who look older than 40 and allowing sales on Sunday–many states currently have laws prohibiting alcohol sales on Sunday.

Tobacco is another highly addictive drug. Action on Smoking & Health (ash.org) has a very extensive list of tobacco statistics for the US and world. Some of the more glaring statistics are that over twenty percent of deaths in the United States are from tobacco, there are currently 1.1 billion tobacco users worldwide–which is terrifying because tobacco kills up to fifty percent of its users, and that there are over 4000 chemicals in tobacco, 250 of which are known to be harmful to humans.

Although cigarette smoking has declined in adolescents recently, it is still around. Many start trying tobacco at a young age, which is a factor on becoming a regular smoker later in life, especially if their parents or peers smoke as well.

Illicit Drugs and Other Drugs

Other drugs that lead to addiction and abuse are not often thought of as “doing drugs” or even drugs in general. Prescription drug abuse is the next most abused substance by American teenagers other than marijuana and alcohol. These drugs are often obtained from taking a relative’s prescribed drugs without them knowing. Along with prescription drugs, many teens are also using cough syrups as means to get high.

The most popular drug–even though most don’t realize it is a drug–is caffeine.Dr. Harold Urschel, author of Healing the Addicted Brain, said:

“Caffeine is quite addictive in the sense that it is a psychoactive substance. It stimulates certain chemical systems in the brain and this keeps you awake. If you use it on a daily basis, you develop a tolerance, just as you would to pain pills or other drugs. After a while, you need more and more to produce the same effects. Unfortunately, along with waking you up, caffeine also makes you agitated, irritated, and anxious – and those effects increase along with your daily dosage of caffeine. You get acclimated to caffeine’s wake-up aspect, but never to its agitation, irritation, and anxiety aspects.”

Not many people consider or think of caffeine as a drug when in fact it holds the properties of drugs and can become addicting in the sense that some people “can’t function without coffee” or other forms of caffeine.

Other than the obvious health issues that come along with substance abuse, there are other problems caused by drug use including overcrowded prisons. Because of the excessive amounts of people either committing crimes as a result of drug use or crimes related to the possession or use of drugs, one suggestion to stop overcrowded prisons is re-evaluating prison sentences for drug-related offenses. But instead of putting a band-aid on the issue, what if there were more efforts into treating these offenders before they get to the point of incarceration?

“Ours is an honorable profession. We serve people who have incredible resilience and drive.” –Jim LaPierre (substance abuse counselor)

The type of treatment used for substance abuse or addiction with the most success varies with each individual. Not only does any given treatment not work the same for any two clients, but each client has a different background and chemical makeup. Kathleen Farkas of the Case Western Reserve University Mandel School of Applied Social Sciences said that “those who have problems with alcohol and other drugs, the age of onset of the problem is important for diagnosis as well as for treatment planning,” saying that some have been dependent on the substance for most of their lives while others began late in life.

Adult Services and Mobile Technology: There’s an App for That

Marcus Oakes is a recent graduate with a bachelor’s degree in psychology from Brigham Young University and is currently studying forensic psychology through the University of North Dakota. He enjoys writing and has written on various psychology topics and has recently delved into the world of sports writing. He loves sports and music and sharing his knowledge.