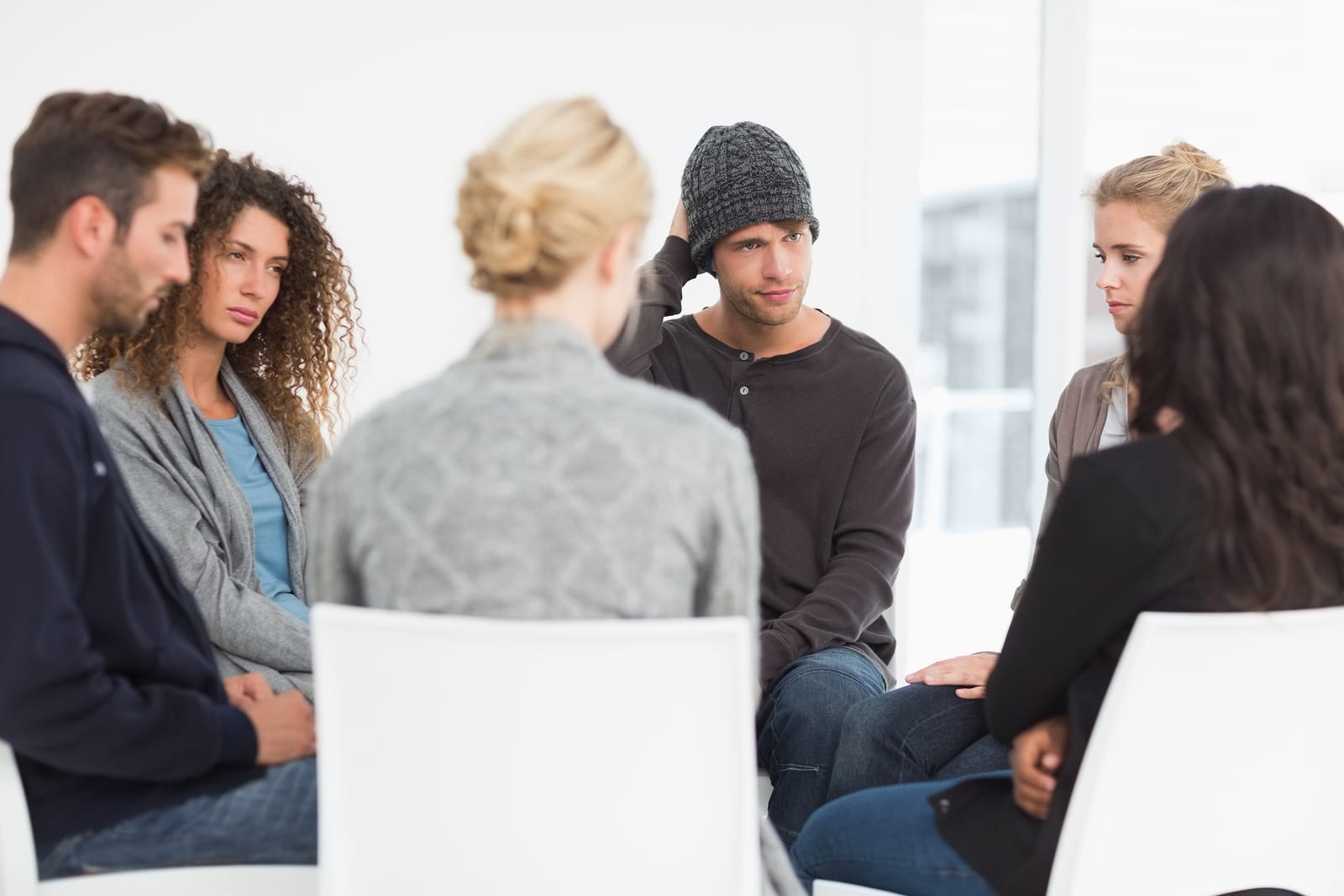 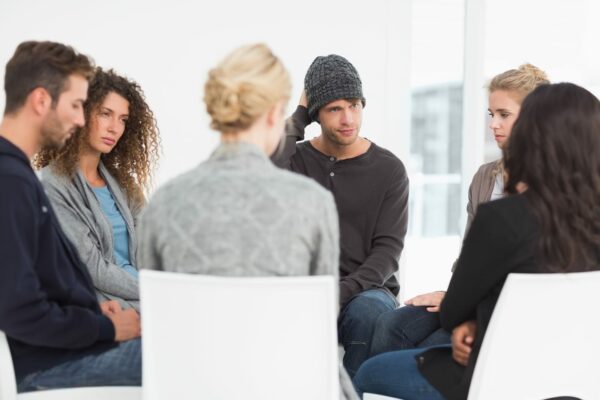 This article is continuing analysis of the Atlantic’s article, Coddling of the American Mind written by authors Jonathan Haidt and Greg Lukianoff . The authors believe that ‘political correctness’, or reacting to ‘microaggressions’, is damaging students’ intellectual and emotional wellbeing on university campuses. In an earlier article, I considered what microaggressions are and some of the unsaid assumptions and attitudes of the authors as well as taking into consideration their backgrounds.

In short, microaggressions are small and unconscious acts of oppression, such as erasure, using someone’s identity (sexuality, gender, race) as an insult, assimilation as a compliment, and assuming badness or deviance as a result of someone’s identity. Here, I want to consider more of Haidt and Lukianoff’s content, beginning with their concern:

“What exactly are students learning when they spend four years or more in a community that polices unintentional slights, places warning labels on works of classic literature, and in many other ways conveys the sense that words can be forms of violence that require strict control by campus authorities, who are expected to act as both protectors and prosecutors?”

I’ve already noted their victimising, legal vocabulary – ‘polices’, ‘prosecutors’, ‘strict control’, ‘authorities’, but it is worth bearing in mind. In fact, American college campuses are surprisingly lax in their response to problems around race and sexual assault. Sexual assault is common on college campuses and misogynistic language is rife, yet policies, discussions, and ‘messages’ around dealing with rape and sexual assault properly are lacking.

Likewise, there are examples of students who have not faced consequences aside from criticism and discussion after chanting actively racist slurs on film, and there are a great many incidents of verbal or physical racism with no real consequences to the perpetrator (although, as the last link shows, there are also cases that do have real consequences, such as court cases).

Essentially, it’s difficult to believe that whilst overt cases of aggression are not being dealt with effectively, college campuses are somehow ‘policing’ microaggressions. In fact, the authors later go on to give an example of pro-‘trigger warning’ policy that was “subsequently retracted in the face of faculty pushback”, which does not suggest ‘policing’ or ‘victims’, but people who were listened to.

Haidt and Lukianoff’s lamentation that words can be treated as a “form of violence” is also somewhat problematic. They state it as though words and actions are completely separate. For example, by saying “You don’t look like a lesbian” as a compliment, you are performing the act of reducing the status of lesbians.

There are other ways that words perform actions, such as “I now pronounce you X and X” being the act of marriage, and “Sold” being the act of ending an auction. In fact, the part of the brain that responds to social pain (e.g. social insults) is the same circuitry of the brain that responds to physical pain. Additionally, words can be worse, as the damage of psychological abuse equals or outweighs the damage of physical abuse. So whilst words are clearly not the same as physical violence, that doesn’t mean they can’t be violent.

Now, let’s move on to another point they make: “Students seem to be reporting more emotional crises; many seem fragile”. These statements are curious. Firstly, somebody with a mental health or wellbeing ‘crisis’ is at risk of significantly harming themselves or others.

Most people, most of the time, are not in a state of ‘crisis’, nor would most students claim to be. And the problem is framed as the inherent fragility of the students, rather than emotional distress being a rational response to the way things are at the moment. They hedge this with “We do not mean to imply simple causation, but…” and then go on to do essentially that.

There is no mention of the fact that American college prices are utterly extortionate, and unemployment high in the young. America has been at war for most of students’ lives. Privacy is now essentially nonexistent, people’s very bodies are becoming objects as women and men are increasingly exposed to unnatural and unrealistic ideals. Lives are doctored through social media, so everyone else looks like they’re doing great while the gap between the haves and the have-nots in America is bigger than ever. More people are going to university, making it more competitive, yet job prospects are poor. This wasn’t always the case with university degrees.

Indeed, the two well-off men who wrote this article forgot, or just didn’t know, that the biggest predictor of ‘mental health’ and wellbeing problems in any society is its socioeconomic inequality.

That’s right, Socioeconomic inequality, and America does not do well on that front. On top of this, socioeconomic inequality is directly threatening university students. It seems staggering, if not downright insulting, that anyone could claim in light of this that students’ suffering is primarily due to their own faulty thinking patterns and oversensitivity to ‘triggers’.

Regarding ‘triggering’, the phrase ‘trigger warning’ can indeed be used thoughtlessly, or overmuch. Pre-discussions about potentially upsetting content, however, aren’t unreasonable. We often have these in my doctorate; it teaches us to trust and understand our rational and emotional responses together, wisely.

It also makes us realise things that weren’t a problem for us might still be a problem for someone else – the ‘social learning’ of which Haidt and Lukianoff warn is not learning to fear what others fear, but learning how to empathise with others who are bothered by things that we aren’t. Finally, it facilitates learning, because animals physically can’t learn when overly stressed and anxious.

They say of this: “However, there is a deeper problem with trigger warnings. According to the most-basic tenets of psychology, the very idea of helping people with anxiety disorders avoid the things they fear is misguided.” They appear to use one particular branch of psychological therapy to represent both their argument, and psychology as a whole.

It is difficult to provide an semi-objective reply to authors who have suggested that microaggressions based on societal oppression and ‘anxiety disorders’ are the same thing. It’s a struggle to understand quite how the cognitive leap from one to the other occurred.

The Cognitive Behaviour Therapy (CBT) data to which they refer is based on samples of people who have clinical diagnoses of anxiety disorders. The most ‘basic’ tenets of cognitive behaviour psychology suggest that, in people with anxiety disorders, exposing themselves to things they fear will habituate them, so long as this exposure doesn’t result in a negative outcome like a poisonous spider bite or falling off a high ledge.

CBT is effective for anxiety disorders not just because it exposes people to unpleasant thoughts and situations. It also provides through learned experience for individuals to see their fears aren’t as bad as they first thought. However, if your so-called ‘distortions’ are proved true through experience, then you are unlikely to be ‘cured’ as Haidt and Lukianoff suggest. This is why behavioural experiments must be chosen carefully – not to ‘fix’ a positive outcome, but to test reasonable situations. Indeed, Martin Seligman’s theory of learned helplessness suggests that the more you are exposed to negative stimuli over which you have no control, the more likely you are to get depression.

Microaggressions are rooted in real societal inequality. They cause a complex range of emotions, from anger, shame, confusion, self-consciousness, and perhaps fear if the person microaggressing seems threatening. The point is, there is an extraordinary gap between CBT for anxiety disorders, and calling people out on societally oppressive actions and comments.

Now, some people who ask for certain things (e.g. rape not to be included on an exam paper) may have PTSD or an anxiety disorder. However, that is a separate issue to ‘microaggressions’ as a whole, and should be dealt with on a purely individual basis – though I don’t see the problem in at least asking about individual support.

The last thing we should be doing is habituating people to having their foot stepped on. But this seems to be what Haidt and Lukianoff support by saying: “What are we doing to our students if we encourage them to develop extra-thin skin in the years just before they leave the cocoon of adult protection and enter the workforce? Would they not be better prepared to flourish if we taught them to question their own emotional reactions, and to give people the benefit of the doubt?”.

People from oppressed groups don’t suddenly hit university and therefore enter a “cocoon of adult protection” where discrimination no longer exists. They are, in fact, consistently taught to question their own emotional reactions to microaggressions, and to give people the benefit of the doubt, their entire lives. An example is women being harassed – ‘boys will be boys’, he ‘didn’t mean anything by it’, or the ever-present ‘it was a compliment’. People don’t need more of this.

Of course banning books like Huckleberry Finn isn’t appropriate. Treating such books, concepts and ideas with context, consideration and respect is appropriate. Demonising people based on their ignorant comments is an understandably contentious matter; there are unresolved arguments regarding “letting people learn” versus “when can we stop catering to the privileged”. However, the middlespace between intellectual freedom and respect is still being hashed out.  And people who have systematically been ignored and oppressed are angry. They have every right to be.

In their deep analysis of how this ‘situation’ came about, Haidt and Lukianoff fail to see that oppression and microaggressions may be becoming more prevalent discussions points on college campuses simply because people from traditionally marginalised groups are now more likely to go to universities in the first place.

Haidt and Lukianoff suggest “students should also be taught how to live in a world full of potential offenses”, but don’t seem to consider that this is exactly what people of oppressed demographics are doing by being vocal about microaggressions. They are probably pretty good at navigating the ‘offence’-laden system actually, having got to university in the first place. Now they’re trying to change it.

Perhaps we don’t want to prepare students for ‘the workforce’ as it stands. There is still racism, sexism and homophobia, particularly at higher levels of employment. There is still a gender pay gap. People’s income is still more likely to match that of their parents’ income, their skin colour, and their gender, than that of their potential. Why would anyone suggest people take therapy to get used to this system, rather than trying to change it? There is a balance to be had with dealing with and accepting current circumstances, whilst also committing to make changes where possible.

Is it not more reasonable to suggest that during their university education, students start to think about the actions that their words perform, instead of pretending ‘academia’ and ‘intellectual debate’ happens in a vacuum? Might it not be academically important to consider the context of one’s ideas, where they come from and why, and moreover in whose interests these ideas work?

If these ideas are perceived to be dangerous, and “fear of federal investigations” and “fear of unreasonable investigation and sanction” are rife within institutions, then perhaps it is not the students who should be receiving therapy for their dysfunctional thinking patterns.

Perhaps, instead, we should deal with the cognitive distortions within the system.