byKate Hendricks Thomas
in Mental Health, Military
0
ADVERTISEMENT
Share on FacebookShare on TwitterShare on LinkedinShare on PinterestShare via EmailShare on Reddit

I spent last week at the University of Alabama’s second Service Member to Civilian Summit. S2C was full of amazing speakers from realms academic, government, and grassroots. It was a truly humble space where thought leaders strove to collaborate rather than “talk at” one another. A key theme kept emerging, and it is one that data support as relevant to veterans’ reintegration strongly, as do my own experiences. Social support. Tribe. Community. Military-civilian drift. We used a lot of words for the same problem and shared success exemplars to bridge gaps. We have military personnel falling into risk and illness because of issues related to alienation and we can change that together.

I came away thinking about that rallying cry – both for veterans to be resilient leaders who contribute and connect in their home communities and for civilian members of those communities to care, notice, and commit to change. 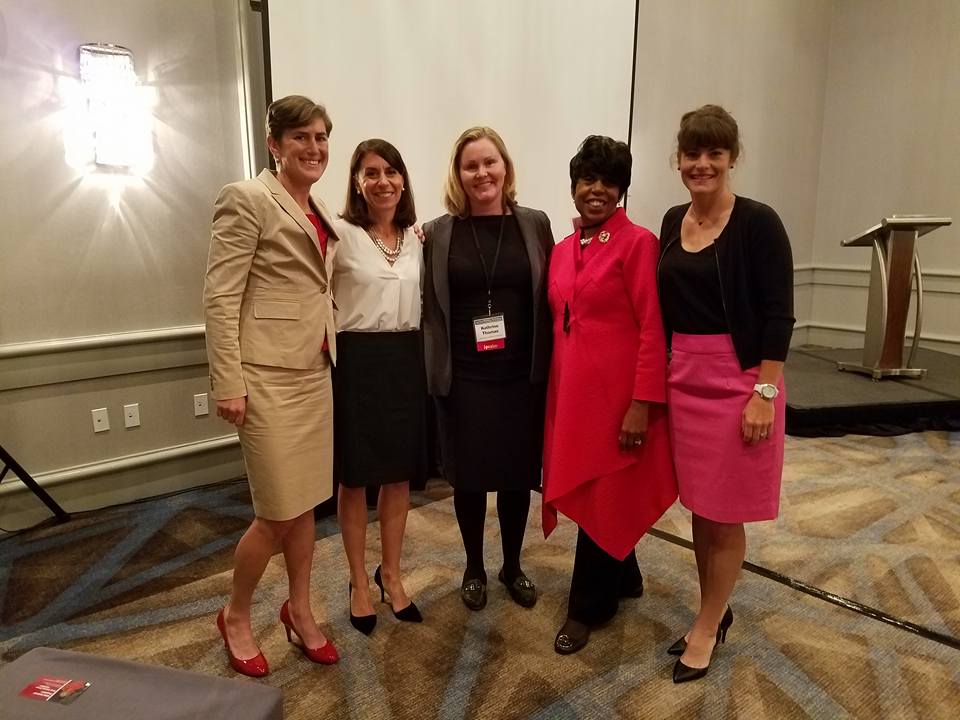 My community is a military one, and we in the military social work and health communities know that we’ve lost too many this year. Not all veterans lose their social support systems upon returning home, though many of us do. It can be tough to stay close to people when we aren’t sure that we speak the same language any longer. Some veterans are blessed with the ability to keep communication lines open, even in hard times and with loved ones able to weather the storm alongside. These are the cases that highlight even more powerfully the importance of connection, and I will always be grateful that this was my brother’s experience.

I was already deployed to Iraq when my brother e-mailed me to share that he was probably going to propose to his girlfriend before he headed over. She was a civilian schoolteacher from Philadelphia that I had yet to meet, and I just rolled my eyes when he shared his romantic plans with me. I was surrounded by guys losing their girlfriends to the grind of deployment, and I expected that his schoolteacher would be mailing him the same “Dear John” letter after a few months. I told him I didn’t have a problem with the proposal but admonished him to buy her a ring made out of cubic zirconia. No sense in buying a diamond he might never get back.

As younger brothers often do, he ignored my advice and bought her a beautiful ring.

Well, that is some cash he will never see again! Should have listened to me!

He didn’t listen, but he did come home around the same time I did, sent back by a pressure-detonated IED that tore apart metal and bodies and all of our hearts.

When my brother arrived at Bethesda, we didn’t know what he might be facing. There was so much damage. On his third surgery, the physicians in the operating room took a vote about whether or not to amputate his leg at the hip; he had infection setting in and they were worried it could get worse. Two voted to amputate, and three voted to give him a couple of days.

Ward 5 was a dark place. We were surrounded by morphine drips, pain, injury, and struggling families who weren’t sure what to make of it all.

Into this world walked my brother’s civilian schoolteacher.

She won’t be able to handle this.

We Can All Be Warriors

When a wounded service member is medically evacuated, he or she often has a long period in a hospital ward and in lots of different outpatient treatment facilities ahead. There are no guarantees and it is painful for both the patient and those standing alongside. I watched the prospect of a long, uncertain recovery level some people. In others, I watched uncertainty and trauma bring out their diamond-hard character.

Throughout this period I watched his young fiancé with a cynical eye. I stereotyped her on sight—she was a pretty girl who often wore makeup and always had on matching accessories. I assumed she lacked gravitas and would fall apart any minute.

When her leave ran out at work she went back to teaching all day long in nearby Virginia, but made the drive every night to sleep in a chair at my brother’s bedside. I would find her sitting by his side laughing about some silly thing or another, always keeping him smiling. She never complained and never gave up, never confessed fears about marrying a man with so many new health issues.

While I fumbled gracelessly in his hospital room, once even dropping a portable DVD player on his gaping wounds, she was all kindness and poise. She kept him looking toward their future on a daily basis. Even when he left the hospital and had to spend long days in a reclining chair. Even when he needed help with any and all of the most basic tasks.

The makeup had fooled me; she was more than serious. Only in her twenties, she helped him make it to the bathroom, shower, move, and get through hard physical therapy appointments without complaint. There were guys on the ward whose wives filed for divorce when they saw what they were going to have to struggle through together. I don’t think the thought ever crossed her mind. She helped him through medical retirement, a search for a new career and a civilian identity, and they became parents with that joyous excitement reserved for newbies who don’t yet know how much sleep they will soon go without.

She married a Marine with three sisters, all of whom would gladly hide a body for her today—no questions asked. She has a good memory though. Every now and again, I hear about that cubic zirconia comment.

For me personally, this was the start of a very confusing time. I spent some nights in the hospital lounge, some with my parents at the Fisher House, and many others with friends in the local area. I began to struggle with leaving the hospital and interacting in the real world – it was a world I no longer recognized. Everyone was so casual and happy, oblivious to the pain and sorrow facing everyone I’d just left. I lost the ability to speak to civilians and my resentment seethed under the surface. I was simply angry with no way to articulate why.

And then, I got self-destructive.

Not all wounds are visible, and you can join us in working to navigate this space at the next S2C Summit. Look for dates next year! Until then, how can you connect? Where can you help?

What is Green Social Work?

Dr. Kate Hendricks Thomas is a speaker, researcher, and storyteller. She is the author of several books on military health. Hendricks Thomas, also a U.S. Marine Corps veteran, helps businesses and military veterans optimize their performance through resilient leadership training. Her behavioral health research has been published in journals like Traumatology, the Journal of Military and Veterans’ Health, and Gender Forum.

What is Green Social Work?

9 Ways to Gain the Health Benefits of Grapes