byAudrey Swaneberg
in News, Politics
0
ADVERTISEMENT
Share on FacebookShare on TwitterShare on LinkedinShare on PinterestShare via EmailShare on Reddit 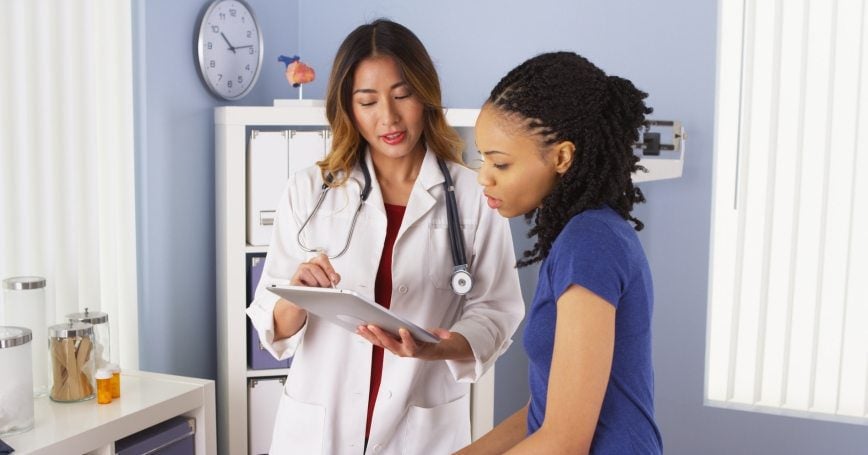 Sex has been a major talking point for this presidential race, from the unprecedented situation of the first female candidate from either major party running for President to the numerous accusations regarding Donald Trump’s treatment of women. But how do the candidates differ on issues related to women’s reproductive health? Women’s reproductive health has historically been a particularly divisive issue between the Democrats and Republicans.

From 1900 to today, there have been major advancements in women’s health. In 1991, Congress passed the Women’s Reproductive Health and Medicine Act of 1991. However, women’s reproductive health remains a hotly contested subject. From how to conduct sexual education for adolescents to the national debate on abortion, the United States government does not take a progressive approach to making holistic women’s reproductive healthcare available for all women. Many low-income women, those with limited education, and people of color are disproportionately more likely not to have adequate access to women’s reproductive healthcare. The implementation of the Affordable Care Act significantly expanded coverage for reproductive services for many American women.

Hillary Clinton has advocated on behalf of women her entire political career. As President, she will work to ensure that Planned Parenthood is fully funded so that the “essential health and reproductive care that Planned Parenthood provides women” continues to be available for women across the socioeconomic spectrum. Secretary Clinton also supports abolishing the Hyde Amendment that prohibits the use of federal funds for abortions. Clinton co-sponsored the Freedom of Choice Act, that sought to declare “that it is the policy of the United States that every woman has the fundamental right to choose to bear a child; terminate a pregnancy prior to fetal viability; or terminate a pregnancy after viability when necessary to protect her life or her health” (Congress.gov). Clinton also advocates instituting mandated 12-weeks paid leave for both parents to stay with their newborn (or adopted) children once they join the family.

Trump’s main policy point on health care is to repeal the Affordable Care Act. On July 22nd, 2015, Trump came out to the Christian Broadcasting Network in support of the Pain-Capable Unborn Child Protection Act that bans abortions after 20-weeks (Christian Broadcasting Network). In 1999, he made a contradictory statement saying that he is “very pro-choice”. In the third presidential debate, Trump most clearly outlined his current views on women’s reproductive health. He supports federal ban on partial-birth abortion and stated that “in the ninth month, you can take the baby and rip the baby out of the womb of the mother.” This description has widely been discredited as inaccurate by the Guttmacher Institute.