byJerry Mooney
in Politics, Social Justice
0
ADVERTISEMENT
Share on FacebookShare on TwitterShare on LinkedinShare on PinterestShare via EmailShare on Reddit 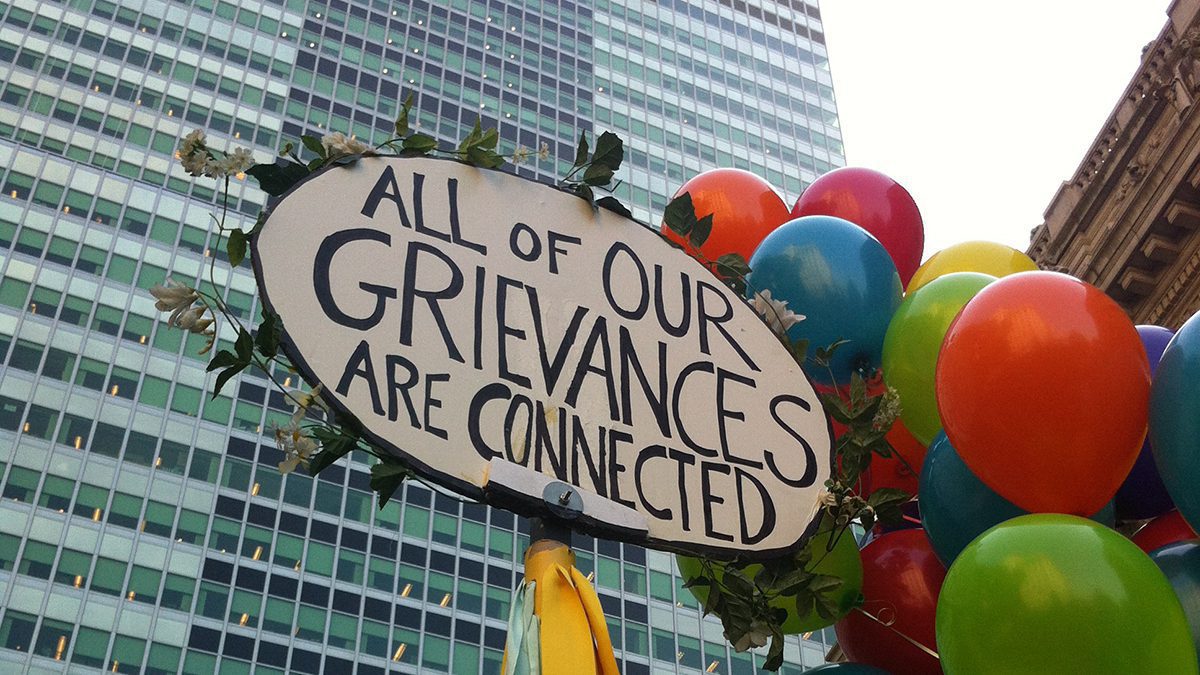 After the election, I felt a sense of dread. This isn’t so much of a political statement as it is a sense that we just chose a colder and less compassionate way to deal with our nation’s citizens. What’s helping me pull out of this sense of disappointment is watching the human response. I remember hearing Mr. Rogers say, During a catastrophe, look to those who help. This is a way of pivoting our focus from tragic situations to the beauty of humans who come to the aid of the needy. And after the election, this is what I’ve been able to see.

People are standing up for injustice with more conviction and energy than before. People are banding together, creating movements and symbols to show that those who are marginalized will not be victimized, at least not without backlash. Protesters have been filling the streets across the country, showing that they will not be silent as their civil liberties are threatened. A safety pin campaign has arisen to show support for the vulnerable.

I know it might sound Pollyanna, but it is important to understand that big solutions come from big ideas and big ideas come from big opportunities. What Trump and his cabinet appointments provide is a big opportunity. This is particularly true, because he isn’t trying to sneak his destructive forces under the radar. He is boldly bragging about how he is appointing Scott Pruitt, the man who is suing the EPA, to lead it. He appointed the CEO of Exxon, Rex Tillerson, to be Secretary of State. His nominee for Secretary of Education wants to dismantle the school system. This knowledge allows us to move early and get out in front of the issues.

Social justice happens usually in opposition to oppression and not because people just wake up decide to do the right thing. This new president and his cabinet appointments are stirring the pot in such a way that our citizens are becoming more active and less apathetic. Even though I would never root for a tyrannical government in order to create an engaged citizenry, I am optimistic this action and reaction can become a catalyst for real, sustained and important change in our society.

The forces of dissent become particularly powerful when activated because those in need are often living in the margins of our society and lack representation. That is, until more and more of us identify as being in the margins. Then, un-advocated for groups can find some safety in numbers. Non-Muslims begin wearing safety pins showing that they won’t allow bullying. Staggering numbers of people in need of mental health care can come out of the shadows, particularly when they feel like they are not alone. The LGTBQ community can know they are not alone in the margins and they have strength and support in numbers.

These are the forces of society that create cohesion and move social justice forward. Because of  increasing awareness and activation, I am invigorated instead of depressed by the daily news of more cronies being tapped to fill cabinet positions and take our country backwards. We have a great challenge in front of us, and it will require great resolve.

6 Brilliant Tips to Add Value to Your Personality