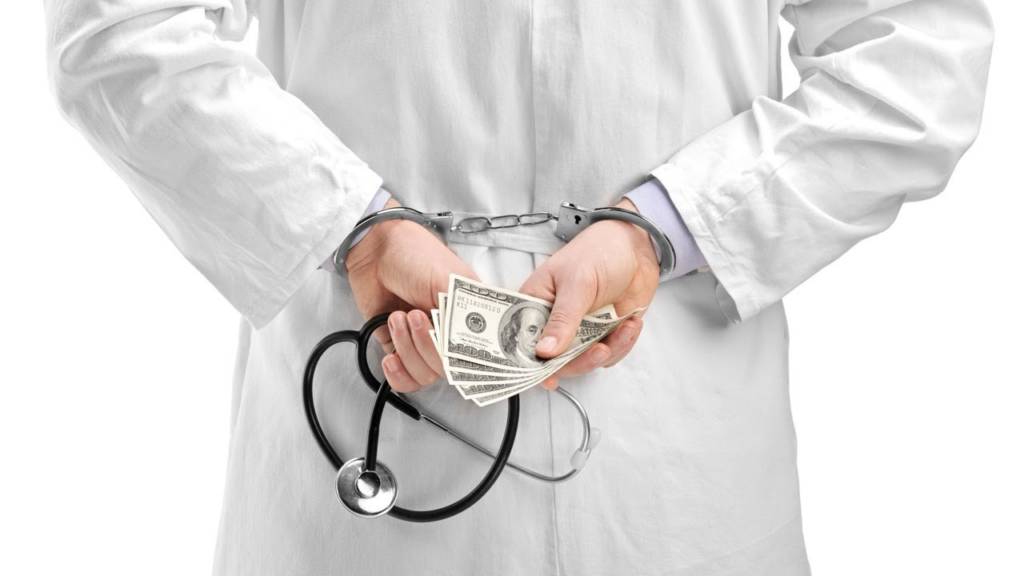 Medicare fraud, you see it in the news every day, but many believe it is individual recipients costing the government billions of dollars. When in fact, doctors and other health care professionals are billing the government for services they never performed or for services and tests that were unnecessary. Billions of taxpayer dollars that were meant to serve actual needs go into pockets of unscrupulous health care professionals. It often goes unnoticed for years before someone discovers fraud.

The False Claims Act (FCA) is a law that oversees government contractors and prosecutes any false claims submitted to the government. It was passed in 1863 in an effort to address rampant fraud, such as double-billing and other deceptive business practices. In 1986, it was amended to address the fraudulent military spending under the Reagan administration.

Over the past eight years, the Department of Justice reports it has recovered $19.3 billion in fraudulent health care claims. This accounts for 57 percent of the total amount of money recovered over the past 30 years, leading many people to suggest that the FCA has overreached its authority.

Lack of medical necessity is often cited in claims that are deemed fraudulent, but who decides what is and is not necessary? Shouldn’t that be a doctor’s decision? Certainly doctors have filed egregious fraudulent claims, but do we want our health care professionals second-guessing their decisions because they are worried about being prosecuted for fraud? One doctor may choose one course of action or set of tests while another may disagree and choose another. Should either of these decisions be considered fraudulent?

Whistleblowers Must Be Protected

No one is pro-fraud. Even criminals don’t want others to defraud them. When it comes to stopping the wanton theft of taxpayer money, both Democrats and Republicans support the False Claims Act and have done so for the more than 30 years the act has been in place. While there are concerns about its scope and reach, politicians in general can cite its obvious merits.

One part both sides mostly agree on is the protection of whistleblowers, people from inside a business environment who see and report suspected fraud. Without them and without protecting them, taxpayer money would be fraudulently spent without ever being noticed.

Whistleblowers can report suspected fraud directly to the government and not have to go through channels at their place of employment, where they could be ignored, or even worse, face retaliation. Even good, honest people might choose to keep quiet or turn a blind eye if they fear losing their job or being otherwise retaliated against.

A criticism of this is that people who report suspected fraud are legally protected and often end up receiving large financial settlements. This may unintentionally create a financial incentive to report fraud even when it may not exist. Disgruntled employees may report fraud that does not exist just to cause their employer trouble. The people who suffer most from this are those on government health care whose doctors may undertreat them or not treat them all out of fear of prosecution.

Guess who pays for all of this: You do. Fraud and the prosecution of suspected fraudulent claims cause health care providers and insurance companies to raise their prices. These price increases are passed on to the consumer.

Health care costs continue to rise, putting financial pressure on employers and business owners. Health care spending in the United States is expected to grow from $2.9 trillion in 2013 to $5 trillion in 2022. Prescription drug costs have increased 10 percent, partly due to marketing and increased specialty of treatment. The government has done little to stop the increase in drug prices.

The FCA is necessary in order to protect taxpayer money from being fraudulently spent. Everyone can agree to that. However, let’s give doctors and other health care providers some leeway and support how they decide to treat a patient. We need that. Otherwise, costs and insurance premiums will continue to rise, and patient care will suffer.

Encourage whistleblowers to support suspected fraud, but let’s rein in the bountiful cash settlements they may receive in order to sustain honesty in the FCA. Let’s be as strict about fraudulent claims of fraud as we are about fraudulent medical claims. Protect the whistleblowers, but establish strict penalties for abuse. It’s all about ensuring quality care while protecting our tax dollars.

What Do Service Women Need: Invisible Veterans but Resilient Leaders