bySWHELPER
in Criminal Justice, Mental Health, News
0
ADVERTISEMENT
Share on FacebookShare on TwitterShare on LinkedinShare on PinterestShare via EmailShare on Reddit 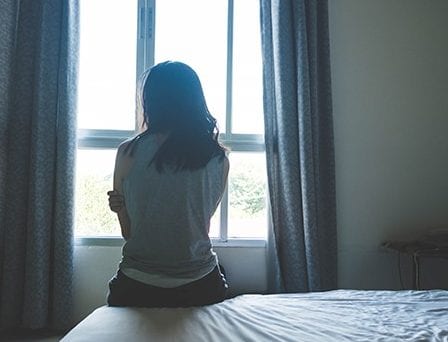 Women who are sexually assaulted experience more vivid memories than women coping with the aftermath of other traumatic, life-altering events not associated with sexual violence, according to a new Rutgers University–New Brunswick study.

The research, published in Frontiers in Neuroscience, found that women who had suffered from sexual violence, even those who were not diagnosed with post-traumatic stress disorder (PTSD), had more intense memories – even years after the violence occurred – that are difficult, if not impossible to forget.

“To some extent it is not surprising that these memories relate to more feelings of depression and anxiety because these women remember what happened and think about it a lot,” said Tracey Shors, professor in the Department of Psychology and W.M. Keck Center for Collaborative Neuroscience in the School of Arts and Sciences who coauthored the study.  “But these feelings and thoughts are usually associated with PTSD and most women in our study who experienced these vivid memories did not suffer from PTSD, which is generally associated with more intense mental and physical reactions.”

The study included 183 college-aged women between the ages of 18-39. Sixty-four women reported that they were victims of sexual violence while 119 did not have a history of sexual violence. Less than 10 percent were on anti-anxiety or antidepressant medication.

The women with a history of sexual violence reported stronger memories with specific details that included seeing the event clearly in their mind. They reported having a harder time forgetting the incident and believed it to be a significant part of their life story, according to the research.

“Each time you reflect on an old memory, you make a new one in your brain because it is retrieved in the present space and time,’’ said Shors. “What this study shows is that this process can make it even more difficult to forget what happened.”

Studies have shown that sexual aggression and violence is one of the most likely causes of PTSD in women, a condition that is associated with decreased brain functions related to learning and memory that can be both physically and mentally debilitating and difficult to overcome.

“Women in our study who ruminated more frequently also reported more trauma-related symptoms. One could imagine how rumination could exacerbate trauma symptoms and make recovery from the trauma more difficult,” said Emma Millon, a Rutgers graduate student and coauthor of the research.

According to the World Health Organization, 30 percent of women worldwide experience some kind of physical or sexual assault in their lifetime with adolescent girls much more likely to be the victims of rape, attempted rape or assault. Recent surveys indicate that as many as one in five college students experience sexual violence during their university years.

Shors has developed a new treatment to lessen these vivid memories and help women recover that is different from the traditional Prolonged Exposure Therapy, which includes recollecting the traumatic memory during interviews, story writing and even revisiting the traumatic location.

Mental and Physical Training (MAP Training) developed by Shors combines 30 minutes of mental training with silent meditation followed by 30 minutes of aerobic exercise, twice a week for six weeks. In previous studies, MAP Training diminished trauma symptoms in women who experienced violence, with those participating reporting significantly fewer trauma-related thoughts and ruminations about the past.

“This problem will not go away soon and we must keep our attention focused on prevention and justice for survivors – and their recovery,” Shors said.