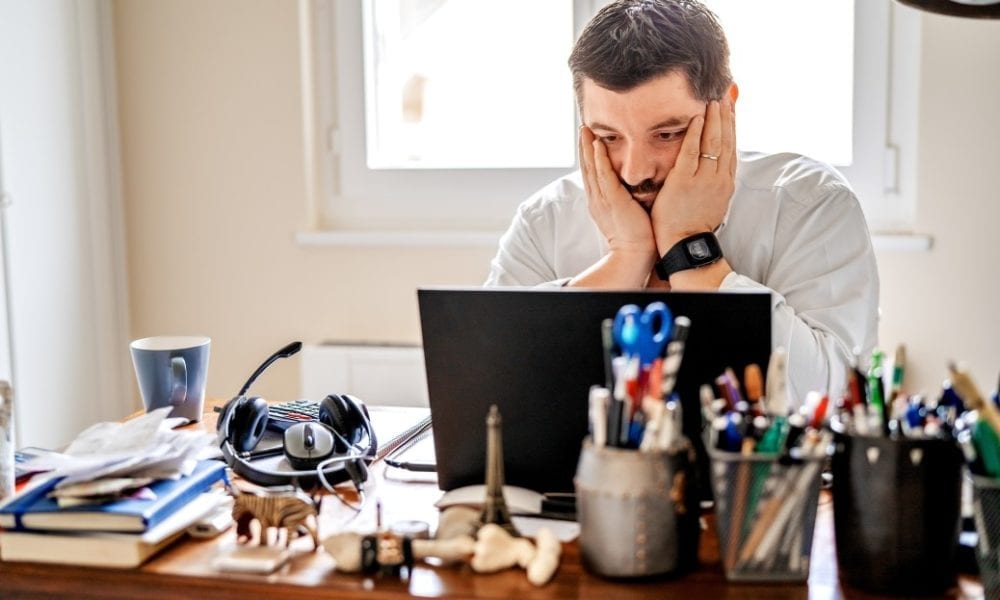 For the nearly 36 million Americans who experience panic attacks, the coronavirus pandemic is a potentially significant new trigger, a recent story in the Washington Post reported.

For panic attack sufferers facing these new anxieties, there is little recourse. Medication is minimally effective and has side effects. Cognitive behavioral therapy doesn’t work for nearly two-thirds of panic sufferers. And bio-feedback, which has shown promise, is cumbersome and impractical to use outside a laboratory or clinical setting.

A new app developed by faculty at the University of Vermont, PanicMechanic, may be part of a solution. The app adapts biofeedback-like monitoring so it can be used on a mobile phone. The app can work at any time and in any location, the first technology to do so for panic.

PanicMechanic is meant to be used as a supplement to professional clinical care.

“That means they’re not only difficult to treat in a traditional therapy setting, because a panic attack is hard to induce, but also that the one intervention that does seem to work for people—biofeedback—isn’t available when it’s needed.”

PanicMechanic uses the camera on a cell phone to measure the body’s panic response, using an approach similar to photoplethysmography

“Activating the app, then holding your finger against the flash can give you an objective measure of your reaction to stress,” said Ryan McGinnis, assistant professor of Electrical and Biomedical Engineering at the University of Vermont, and a co-developer of the app.

The concept for the app is grounded both in decades of research showing that enabling panic sufferers to observe their body’s reaction to stress reduces panic, and in the clinical practice of Ellen McGinnis.

“I’ve used a low tech version of this technique with a dozen patients,” she said. ‘The panic attack sufferer used just a pen, paper and timer to take their own heart rate and plot it on paper during the panic attack. It was very effective in helping patients manage, take control of and overcome their panic.”

The explanation? Intervening with objective information targets a driving dynamic of panic, she says.

“Panic takes hold and you feel like you’re out of control of your body. By showing someone their patterns of physiological arousal, it helps them gain a sense of mastery over their panic response.”

The app also works because it gives the panic sufferer something to do during an episode.

“One of the worst aspects of a panic attack is that you feel helpless,” Ellen McGinnis said.

In addition to displaying an objective measure of the body’s panic response, the app also asks, in a sequence of screens, “how much sleep and exercise you’ve had, what you ate, what your anxiety level is, and if you’ve consumed drugs or alcohol,” she said.

The screens both occupy the panic sufferer and serve a useful purpose, providing data on behaviors and triggers associated with the attack that could be avoided in the future.

The app also predicts how long the panic attack will last, based on past attacks.

That’s key, Ellen McGinnis said, because one of the most frightening aspects of a panic attack is that “it seems like it will never end.”

PanicMechanic employs machine learning to make sure the data gathered by the user on heart is accurate.

“Our beta testing showed that people can’t always put their finger on their cell phone in free living settings and get an accurate reading of their heart rate,” Ryan McGinnis said. The machine learning functionality corrects for faulty finger placement. In a study that will be published later this year, Ellen and Ryan McGinnis and their collaborators demonstrate that data obtained by the app was as accurate as that obtained in a lab setting.

“PanicMechanic helps panic attack sufferers learn to understand their panic attacks,” Ellen McGinnis said. “When they do that, working in partnership with their therapist, they’ve gone a long way toward stopping them.”

The team that developed PanicMechanic includes Steve DiCristofaro of Synbrix Software, LLC., in addition to Ellen and Ryan McGinnis.

The PanicMechanic app is available at the Apple App store.