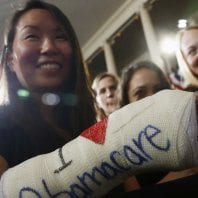 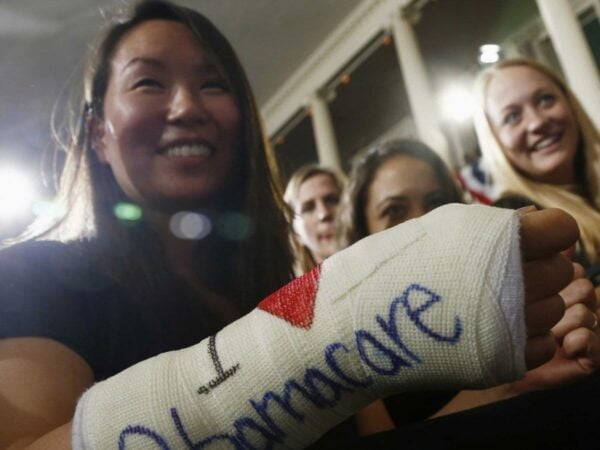 All eyes are on Republicans gaining control of the Senate and affirming their commitment to repealing the Affordable Care Act as known as ObamaCare. However, the decision by four Supreme Court justices to hear arguments in King v. Burwell challenging premium subsidies on healthcare exchanges operated by the federal government could deal a blow to the ACA if the Supreme Court rules against the subsidies. The Internal Revenue Service provides subsidies in the form of tax credits to consumers purchasing health insurance under the Affordable Care Act whose incomes are below 400 percent of the poverty threshold. However, opponents of the law say that wording in the ACA stipulates that these subsidies can only be provided to consumers purchasing health insurance on exchanges “established by states” and that they are not available to people purchasing health insurance on federally managed exchanges.

To date, 13 states and the District of Columbia have established their own exchanges. There are an additional 18 states that have established exchanges in some form of partnership with the federal government. The remaining 19 states are those who have refused to participate in the process and have exchanges run exclusively by the federal government. Much is at stake. According to the Department of Health and Human Services (DHHS) 86 percent of people enrolled through federally operated exchanges rely on the subsidies to reduce their premiums to an affordable level. The Urban Institute estimates 7.3 million people could lose $36.1 billion in subsidies if the Supreme Court strikes them down.

The Supreme Court’s decision to hear the case surprised many because traditionally the Court will only take up a case if there is a split on the issue at the Circuit Court level. The U.S. Court of Appeals for the Fourth Circuit upheld the legality of the subsidies for federally managed exchanges in its ruling in King v. Burwell. However, in another challenge, Halbig v. Burwell, a three-judge panel of the U.S. Court of Appeals for the District of Columbia Circuit ruled against the use of the subsidies. Judge A. Raymond Randolph, appointed by President George H. W. Bush in 1990, and Judge Thomas B. Griffith, appointed by President George W. Bush, voted against the subsidies.

Judge Harry Edwards, appointed by President Jimmy Carter, voted to uphold the subsidies. At the request of the Obama Administration, the full court agreed to revisit the decision. With seven of the 11 authorized judges currently on the court appointed by Presidents Clinton and Obama, it seems likely the full court would support the subsidies effectively eliminating the split. The Supreme Court however decided to revisit King, despite the Obama Administration’s request that it wait for the decision by the full D.C. Circuit Court.

Hardline conservatives saw last week’s evisceration of Democrats during the midterm elections as a fatal blow to Barack Obama’s presidency. They believe he is a lame duck who is weakened both domestically and internationally. They see the Affordable Care Act, which they derisively coined as “Obamacare”, as his only significant legislative accomplishment and it sticks in their collective craw. Although the law remains unpopular with 53 percent of respondents in the Gallup Poll having a negative view of the ACA while 41 percent views the law favorably, it is losing ground as an important concern for the public. According to exit polls most voters in the 2014 midterm election—59 percent—said their vote had nothing to do with the Affordable Care Act compared to 28 percent who cast ballots to express displeasure with the law. During the 2010 midterms 45 percent said they cast their ballots as an expression of their displeasure with the law.

Doomsday forecasts about the Supreme Court’s ruling on subsidies in the Affordable Care Act may very well be overblown. Over at the Washington Center for Equitable Growth—my favorite blog by the way—economist Brad DeLong says even if the Supreme Court rules against federal subsidies, conservatives may not get the results they desire. He believes the 31 states with either state-run exchanges or working in partnership with the federal government will largely be unaffected. He wonders if politicians in the 19 states with exchanges solely operated by the feds will be willing to deny their middle class residents nearly $40 billion in subsidies to purchase health care insurance.

I believe the Affordable Care Act is here to stay. Republicans will waste their time and taxpayers’ money on fruitless attempts to repeal the law knowing full well a law repealing the ACA cannot get past the President’s veto pen and may not get out of the Senate without relying on budget reconciliation as a strategy which is a recipe for disaster. Then imagine what Republicans would do if they could repeal the Affordable Care Act. They have no credible idea about what they would do to replace it.