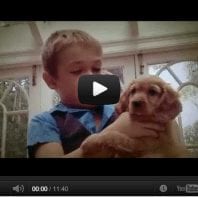 I often surf YouTube and other sources of information to expand my knowledge base in the field of Social Work. Every Social Worker enjoys some aspects of the job more than others. There are those who revel in the fact that staying in the office is optional, allowing them to listen to their music and being left alone with their thoughts while driving to the next home visit. However, there are Social Workers, like myself, who flourish in the observation of mental illness in children and teens. It is definitely saddening to see a child suffer from an illness that affects brain function, which facilitates a disposition that prevents the child or adolescent the ability to comply with simple instructions in school, or control their thoughts of hurting small children residing in the same foster home.

Witnessing a true psychopath was like the Mecca of my Social Work experience. I have been attacked by huge dogs,  threatened with physical harm, and criticized by judges in open court. I’ve observed foster parents report untruths to a psychiatrist for any diagnosis that requires an increase in their monthly reimbursement checks. The social services system is a hot mess, but lets not forget that it is also a very lucrative business.

There are several parties involved in each case but the only person feeling the weight on their shoulders is the main Social Worker. I’m giving a little formal history of my previous experiences for you to appreciate the thrill I felt when introduced to my first psychopathic client.

At the beginning of the post, I referenced a link to a video where the commentator emphasized the fact that you may know at least one or two psychopaths in your family, or in your circle of friends without ever being aware of their mental status. Normal people don’t usually stop to conduct assessments on their relatives or ever question the friend that they’ve known for years.

Foster parents are primarily at risk of allowing a psychopath into their lives. There are, in fact, facilities that offer inpatient hospitalization for certain foster children who pose a risk to themselves and others, but foster parents aren’t privy to the complete history of the children in their home. A common practice that county and state social workers use is omitting significant information about the behaviors of the foster child, especially if the child is particularly hard to place. The county or state workers make the kid sound like a saint until the child is in your home and physically violating your natural children. If you are a foster parent and have not considered the repercussions of having a psychopath  living among you and your children, watch the rest of this series of videos. The next time you receive a placement call, ensure that there is an updated psychological evaluation, and even Google the medication that arrive with the child.

This first psychopath that I met today, she exhibited ALL of the symptoms presented in this informative video. She is unable to form attachments to anyone, and if you were choking on a chicken bone during her favorite television, she would just turn the television up to watch the rest of her episode. She was also very cunning and manipulative, often manipulating the foster parent into spending large sums of money. Unfortunately, my interaction with her was short-lived, being placed in a facility equipped to address her unique behaviors. Fascinating!!!…But sad at the same time!!!!

Visit www.socialworkingal.net to view the Anonymous Social Worker Blog dedicated to unappreciated social workers who want to share their experiences without fear of retaliation.