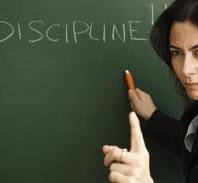 What is fundamentalism? Whatever the definition or the set of beliefs to which it is applied, it is usually defined as anti-modernity or anti progressive thinking. Fundamentalism is resistant to taking on any new information that threatens core beliefs. Taking the notion one step further, surely fundamentalism must also be anti-postmodern because it rejects the idea that there can be many views on complex issues that might sometimes be conflicting but might still be true.

A good example is the old story of four people who witness a car accident. Each stood on one corner of an intersection when the accident happened and were able to describe the accident in detail. All four people tell the truth and can clearly describe what they saw yet their stories are vastly different. A fundamentalist may claim to have the one and only truth and denounce what others see. A non-fundamentalist approach would understand that each person has something to offer and by bringing the stories together can build a richer, more meaningful and perhaps more accurate understanding of what they saw.  In this process, some information might be rejected and new ideas understood. A non-fundamentalist may despite their incredulity come to understand that the world is not flat – a paradigm shift described by Kuhn in 1970.

Sometimes labeling the ‘other’ becomes the fall-back position in fundamentalism. Criticism can be personal but is always political whether at an individual, national or international level when others are demonized. Fundamentalism represents black and white beliefs that resist different or challenging information. Such a fixed position stops people questioning what is going on around them and within them. Most people would never consider themselves fundamentalists but perhaps even the most rational person can be fundamentalist when it comes to a certain issue. So when does a normally rational person slip over that imaginary line that from being passionate to being unyielding and rigid? And yes there is a difference. Attacking people rather than addressing ideas can be a clue. A mismatch between actions and rhetoric might be another. Whether it is about the big issues like war, climate change, capitalism or religion or other things that concern the practice of social work, disinterest, passions and fundamentalism exist. In difficult times, fixed beliefs and ‘othering’ seems to take on a life of its own and adopting alternate views requires fortitude and resilience.

As social workers, we have certain skills that do not necessarily inoculate us from our prejudices but enable us to manage and change them. These are critical reflection and critical thinking. These processes, drummed into us as undergraduates, provide the tools to question assumptions and actions at personal, individual and structural levels and to resist influences that threaten openness to new knowledge. These tools also help us evaluate and question information presented to us while our Codes of Ethics provide anchors in a complex world. However, a critical approach and our work in supporting marginalised people to exert their own voices do not necessarily protect social workers from criticism when we, in turn, by our own reflections and actions threaten the fixed beliefs of others. So, to all social workers out there – keep up the good work. It’s a great profession.

Patricia Fronek, BSocWk; PhD; ACSW; is Senior Lecturer at Griffith University, School of Human Services and Social Work, Gold Coast Campus, Australia. She is the President of the Australian Association of Social Work and Welfare Education (AASWWE), and the host of www.podsocs.com. View all posts by Patricia Fronek