Child Care Subsidies: Why Is This A Federal Program

byLinda Chandler
in Politics, Poverty, Social Work
0
ADVERTISEMENT
Share on FacebookShare on TwitterShare on LinkedinShare on PinterestShare via EmailShare on Reddit 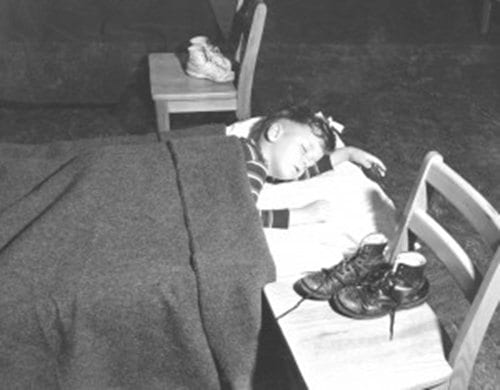 The federal government has supports in place intended to assist low income families to obtain the necessary child care, so the parent or parents may join or remain in the workforce.  This support comes in the form of child care subsidies or vouchers, and the programs are implemented in varying ways in each state. In many families with children, the household budget sheet requires both parents to work in order to sustain the family.  The expenditure for childcare as a percentage of household income can exceed the cost of housing for median income families.  In low income households, this creates and untenable situation where salaries from work do not cover monthly obligations.

The federal government has been assisting needy families with child care expenses since the nineteen thirties during the Great Depression. During this era, a need was recognized for there to be a safe place for poverty-stricken children to go during the day.  A place to serve as a relief to their own situation that would provide food, structure, and instruction; that would also serve to benefit the parents by allowing them time to work, search for work, or learn skills that might improve their lot in life.  These nursery school programs were developed by the Federal Emergency Relief Administration (FERA) and provided services to participants in home relief, the predecessor to Aid to Families with Dependent Children.  Once the acute need of the Great Depression dissipated, so did the interest in funding for the program.  The FERA was created in 1932 and was replaced in 1935 by the Works Progress Administration (WPA).

World War II brought a renewed interest in providing out of home care to children.  This time as a means to allow women to join the workforce to provide much needed labor in war related industry.  This was funded in two ways.  First by the Lanham Act, which was directed mostly to areas of California where there was a high density of war related industry.  The remainder of the Works Progress Administration still in place from the Depression, was again set in motion to provide care centers for use by any working mother, not just those of low economic means as in previous use.  Once again, once the overwhelming cause of the need declined with the end of the war, funding to these programs ended.  In later decades, studies of what is most beneficial to children, simple care and supervision or actual structured lessons were conducted.  They discovered that preschool-aged children benefit from structured lessons with educational goals.  As a part of President Johnson’s Great Society legislation, a new program was initiated that would merge the qualities of childcare with education.  The program was called Head Start.  Other funding for childcare was provided for families participating in AFDC.

The Federal government has provided funding for child care subsidies since the time of Johnson, but popularity of these programs has often been a source of conflict among legislators due to its expense.   In 1971, President Nixon vetoed the Comprehensive Child Development Act.  This Act would have provided federal funding to make available child care to all children, regardless of income, as an intrinsic right.  Though Nixon backed the idea of child care supports from the Federal government, he decided that it was not the time for the government to make such a sizeable commitment.  1974’s Title XX provided funding for a number of programs, including child care subsidy.  These funds were to be used at the discretion of the state and by the early 80’s most funds were being directed to more urgent needs. During the seventies and eighties, there was a cultural shift.  Where once it was expected that one parent stay home to provide family care, now it was becoming the expectation that both parents work to financially support the family.  This shift in ideology prompted a shift in federal child care policy, which will be discussed in the next installment.

A Brief History of Federal Financing of Child Care in the United States
Office of Child Care
Protecting the Safety Net in Tough Times: Lessons from the States
Child Care Subsidies

How Does Lack of Child Care Impact Escaping Poverty

Linda Chandler is a student currently pursuing a bachelors in Social Work.

How Does Lack of Child Care Impact Escaping Poverty

Child Welfare: Make it or Break it