When the Hope of a Social Worker is Gone

byDeona Hooper, MSW
in Poverty, Social Work
0
ADVERTISEMENT
Share on FacebookShare on TwitterShare on LinkedinShare on PinterestShare via EmailShare on Reddit

Social Workers go where no other profession goes, and our primary job is to give hope to the hopeless. What happens when the hope of a Social Worker is gone? Social Workers don’t usually receive press unless a child dies or some sort of malfeasance occurs, but this is not the media’s fault. It’s the social worker’s responsibility to advocate and create opportunities to influence discussions occurring in the media. However, when an opportunity arises for a social worker to use a media platform to educate and inform, it often results in a missed opportunity. Instead, the megaphone is used to blame each other or shame the client for being poor, uneducated, homeless, and/or drug addicted.

In February 2013, Vice.com, an online magazine, printed an interview with a young social worker entitled, “Social Work in the Tenderloin Will Kill Something Inside of You”. This article stirred a lot of reaction from the social work community. The magazine had to redact items and pictures from the original article which could have been a breach of confidentiality by the social worker who was the source for the article. However, I read the article in its redacted form.

The social worker described clients as having poor hygiene, not wanting to work, and drug addicted while relying on government assistance. Here is an excerpt:

Twenty messages from the same two or three clients who either scream their financial requests over and over, simply sit there and breathe, or tell you that witches are under their beds waiting for the next blood sacrifice. Paranoid clients like to fixate on witches, Satan, etc. Anyway, we get ready to open and hand out checks to the clients who are either on daily budgets, or who make random check requests. The budgeted clients are the most low-functioning, as they can be restricted to as little as $7 per day in order to curb their harm reduction. They’ll go and spend that $7 on whatever piece of crack they can find, and then two hours later they’re back, begging for more money. Clients will find some really brilliant ways to beg.

Has anyone seen Les Miserables?  The scene described above is just a modern day retelling except, today, government assistance provides enough of a morsel to keep poor people under control. In Les Miserables, poverty and disease drove people to rob the rich in order to have a decent meal or a comfortable place to lay their head. Poverty and starvation was the driving force behind the French Revolution. As a cautionary tale to all our government officials that want to cut needed social safety programs, education, and preventive services, you might want to rethink instituting austerity measures. 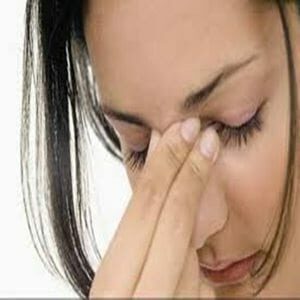 As for the burnt out social worker who did the above interview, I understand feeling burnout and being frustrated with clients. However, my client frustration was exacerbated by the poor work conditions and poor supervision that is often encountered while working in a social service agency. These agencies are poorly structured, lack checks and balances, and accountability with a poor grievance process for both the client and employee. If you have a complaint, there is no one to complain too.

They do not require accreditation standards like hospitals, schools, and law enforcement agencies. Yet, social workers are given statutory authority to make decisions that can affect a child’s life for the rest of their life. If a child dies, the social worker often gets the blame, but the Agency should vicariously be held liable. The job is set up for the social worker to fail from lack of resources, support, failure to institute minimum standards and training, and lack of nationwide paperless system.

Ninety percent of my time in Child Protective Services was spent doing paper work, and I had 10% left to handle a caseload of at least 15 families. Holy crap is the only writable term I can think of to express the increase in my caseload when each family had 3 to 5 kids often not in the same household or the same school.  Can you imagine trying to see all the kids and parents twice a month for medium to low risk and once a week for high risk? It is impossible to do your job correctly and being effective is not even a possibility under the poor work conditions and impossible standards. You are basically providing triage care which creates recidivism. There were many days I cried after work, so I opted for the anti-depressant to help me survive each work day.

Almost all of my co-workers were women who had therapists themselves, on some type of anti-depressant, and self-reported chronic health issues in which I believe were stress related. After dealing with the stress of work, many had their own families to take care of after leaving work. I learned a long time ago not to blame my client because one day I could be in their shoes. I am not saying that you need to be poor or experience oppression to serve others. However, if you lack the understanding of oppression and the ability to have compassion, social work is not the right job for you. For those social workers who do have the requisite skill set, many can attest to the horrible work conditions that is endured while trying to give hope to the hopeless.

Many social workers live in fear of losing their jobs on a daily basis because one mistake could cost your career and/or someone’s life. Once an administrator or supervisor status is achieved, there is very little turn over from supervisory positions. They no longer deal directly with the clients, and they are often protected by governmental immunity even if their supervision result in malfeasance.

Someone has to advocate for system changes, and someone has to hold membership associations accountable to their mission of uplifting and supporting social workers. If social workers are not meeting desired educational standards, what are we doing to identify the barriers and challenges preventing those standards from being met?

Many social work change agents are undervalued and often overlooked because most can’t afford to spend over 100,000 dollars to obtain a social work graduate degree to work in a $35,000 to 45,000 dollar a year entry level job at a public agency. Unless you are privileged and money is not a concern, a social work advance degree is less accessible. By accepting  students primarily from privileged backgrounds, the social work landscape has moved away from social justice issues and traditional social work roles to an increasingly conservative ideology that ignores the challenges and barriers placed on vulnerable populations created by legislative and administrative policies.

We also conducted a live twitter chat on this topic  with the social work twitter community using the hashtag #SWunited. To view the tweet archive,  go to this link: http://storify.com/SWUnited/social-work-in-the-tenderloin

Some may have strong opinions about my assessment on the current state of the profession.  However, strong opinions are sometimes needed in order to start the conversation, and  I am ready to have the conversation if you are. If anyone has any thoughts on this article, I would love to hear them. There were several rebuttal articles and lots of tweets in response to Vice’s Tenderloin story. I will attach them all for you to read in order to come to your own conclusion.