The Law of Attraction has been a controversial topic for some time due the inability to quantify results. However, I have experienced incredible results because of the amount of focus I have placed into the principles of this law. What exactly is the Law of Attraction?

It was discovered in medieval times and was regarded as the universal genie. In other words, what you ask for is what you will receive. Consider the phrase “like attracts like,” what you like, what you feel, what you think, is what you’re going to attract in the universe. It is said by many spiritualists that your mind gives off vibrations which go far and wide into the universe. So if you ever wondered why you met a particular person, it’s because at some point you sent off vibrations which attracted the same vibrations they sent. In the end, you two were bound to meet at some point.

Another example, have you known someone who is always positive and everything seems to go their way? Their streaks of luck and abundance is due to the fact that their positive energies are attracting other positive energies causing reward to gravitate towards them. It works the same for negative people as well. As you send off negative energy, all you will receive are negative results. 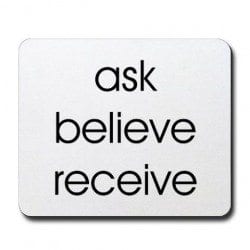 This law also doesn’t just work with people and energy, it also works with material things as well. What ever you may need, you will get. What ever you may want; whether it’s money, a new car, a new house, a new toy, or video game, only requires you to focus on these three key words: Ask, Believe, and Receive:

However, the downside, (which really isn’t a downside), is patience. Patience is a key factor with this law because you’ll never know when the universe will deliver. It may take months or even years to get the results that you want, but don’t let that bring your hopefulness down!

The law of attraction is rather tricky though because multiple studies have been conducted without clear results. Some of the participants claimed the law works sometimes while others say it never worked. If you wanna know from me, it has worked at least 85% of the time. I’m not going to go into great detail, but from a truly honest mouth, this law has provided me with multiple wishes over the course of m life. So I’m not saying that you can get every single wish that you may desire, but you’d be surprised. Only with an open mind, being patient, and following the three important words, you’ll receive what you want.

The best thing is this, all you have to do is think it and the law of attraction will help you to achieve success.

When the Hope of a Social Worker is Gone