byBrian Anderson
in News, Social Work, Sports
0
ADVERTISEMENT
Share on FacebookShare on TwitterShare on LinkedinShare on PinterestShare via EmailShare on Reddit 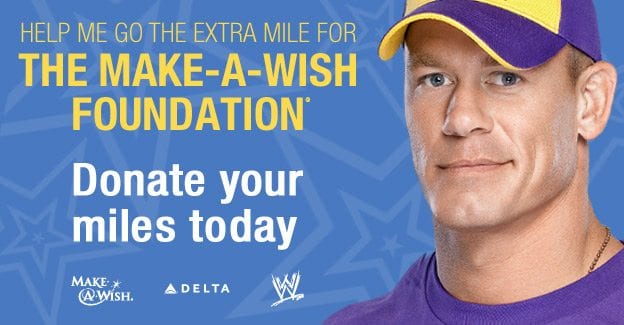 Since his start in the WWE more than 10 years ago, John Cena has become a household name and the face of World Wrestling Entertainment. As the face of the WWE, Cena is constantly in the spotlight. Some stars may fold under the pressure of being a huge celebrity, but not John Cena.

Cena embraces his role as a leader in and out of the ring. John Cena has catapulted himself atop the wrestling industry and has won the WWE Championship more than ten times. During his run atop the WWE, John has also made history by helping kids across the United States.

As Wish Ambassador, it’s Cena’s job to assist in expanding wish-granting outreach throughout America.  Led by NBA legend and Chief Wish Ambassador Michael Jordan, the council is composed of people passionate and dedicated to the Foundation’s work and vision. 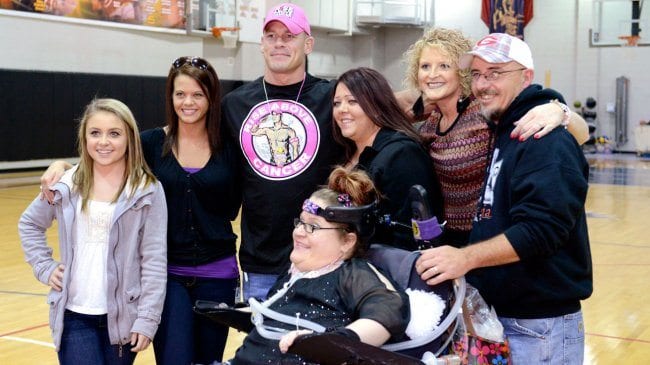 In 2012, John Cena became the number one Wish granting celebrity in the United States. Cena has granted over 300 wishes to this day, a number that continues to grow rapidly due to John’s dedication to the Foundation.

Cena meets two to three kids a week, a very tough task when you’re working 300 plus days a year as a professional wrestler. John Cena has made kids across America smile every week since he’s been active with the Make-A-Wish Foundation.

Most celebrities are known to just do a simple meet and greet with the children at the Make-A-Wish Foundation. Cena does everything and more for the kids in need of help. Cena has been known to bring kids to live WWE events to meet some of their favorite wrestlers and TV personalities. Cena is also known to sign memorabilia for the kids and their families.

“He has been a big supporter of us forever,” said Make-A-Wish national communications manager Mark Hiegel. “By this time next year, he’ll have 400.” – Read the full story – Via Yahoo! Sports

Meeting John Cena is high on the lists of millions of kids across the world. Cena has those same kids atop his list as well. The current WWE Champion may not be liked by everyone in the business of professional wrestling but his efforts with the Make-A-Wish Foundation deserve everyone’s respect and admiration.

Celebrities of Cena’s stature should be influenced and encouraged by John’s work so they can also reach out to charities across the world in an effort to make the planet a better place. Thank You, John!

Obesity And A Cooking Lesson With Jamie Oliver! Double Whammy!