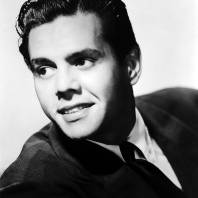 Desiderio Alberto Arnaz y de Acha III or Desi Arnaz for short was born on March 2, 1917 in Santiago de Cuba . He migrated to the States in the 1930s because his parents wanted to escape Morales’ dictatorship in Cuba. Desi Arnaz became the first Latino role model in the United States as a result of his role on the popular tv show “I love Lucy”.

Desi Arnaz or Ricky Ricardo as he was known to the American viewing audience of the 1950s was a Cuban who moved to the United States as a band leader and served in WWII as an American Citizen which was an era of deep seeded racism and discrimination.

With his thick Cuban accent, Desi was well aware of the racism that existed in the United States. I Love Lucy was significant because it depicted the first interracial couple on television in America.  The show used light-hearted humor and likable personalities to portray this interracial couple trying to make their way in the world. I Love Lucy premiered three years before the Brown vs. Board of Education ruling. The United States was still segregated and it took Lucille Ball and Desi Arnaz 2 years to get their show on the air because of the controversy it would cause. 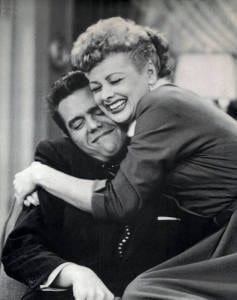 During his time, Desi was not often thought of as a Latino hero or role model. The interesting part about I Love Lucy was that this was not a manufactured TV couple. Desi Arnaz and Lucille Ball were married in real life:

“ In an era dominated by racial strife, it says something about the man, his wife, and the audience that allowed them into their home. In the end, his Cuban heritage became a source of pride as opposed to the butt of jokes.”  Wrote Don Keko of the Examiner.

In remembering the sitcom, many people can pull out racial humor by making fun of Arnaz’ accent, but in the end, Desi Arnaz played a genuine character that transcended the racial prejudices of the day and warmed the hearts of all in such a racially divided time. Today, modern Latino entertainers work to improve the image of Latino families and Latino stereotypes.

We must not forget pioneers such as Desi Arnaz who used his career to improve the image of Latino males in the 1950s at the height of discrimination and racial tension. Through comedy and likability, Arnaz and Lucille Ball were able to provide a picture of a thriving interracial relationship where both partners respected one another while taking on hot social issues of their era with grace and comedic timing.