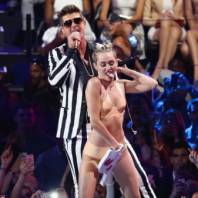 This past weekend, I had the honor and privilege to attend the 50th Anniversary of the 1963 March on Washington organized by Reverend Al Sharpton and the National Action Network (NAN). This event was both symbolic and historic in honoring those who sacrificed their lives during the Civil Rights Movement and made us the beneficiaries. As an African-American woman, it was a truly profound and an emotional experience standing in the presence of history. Despite the significance and enormity of the event, it was overshadowed by the VMAs dominating the news cycle in reference to Miley Cyrus. This week, I plan to write a series of articles in which I will reflect on Rev. Al’s keynote speech, renewing the Dream of Dr. Martin Luther King, Jr., and role of the NAACP in our current political climate.  However, in this article, I want to examine the possibility of the VMAs intentionally upstaging Democratic events in order to prevent Celebrity turnout and advocacy to our youth. 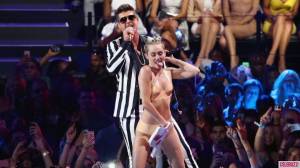 On my drive back from Washington, DC today, I was listening to the radio and everyone kept talking about the VMAs. When it occurred to me, the same thing happened last year during the Democratic National Convention in 2012 when President Obama accepted the party’s nomination. On both instances, I noticed celebrity turn out was low due to the majority of A-listers, entertainers, and sports figures being in attendance at VMAs instead. I don’t believe in coincidences, so I decided to investigate this matter further.

Prior to 2008, MTV had a staunch no political ad policy, but this is where things began to get interesting. In 2008, President Obama reached out to MTV in order to purchase ad space for a Rock the Vote campaign to reach younger viewers. MTV responded by saying:

“Given where we are in the election cycle, and how the youth vote has increasingly engaged and played a crucial role in past presidential elections, we re-evaluated the MTV policy and decided that campaign-approved ads would be a good fit for our audience, and would complement our ‘Choose or Lose’ campaign efforts,” she said. “It’s a good thing when candidates want to reach out to young people, and the best way to do that is through MTV.”  via Adage

According to the nonpartisan grass roots organization Rock the Vote, they reported registering 2.2 million people in its 2008 campaign which shattered all previous records. Currently, the 2008 record still stands, but what happened with the 2012 Rock the Vote campaign? Reportedly, President Obama reached out to MTV again in 2012 to purchase ad space for another Rock the Vote campaign, and this was their response:

The campaign called MTV’s internal ad agency, MTV Scratch, for assistance in mid-August, sources familiar with the conversations said. MTV Scratch, run by Ross Martin, former MTVU boss, and Anne Hubert, who was a policy adviser to Jon Corzine when he was a US senator from New Jersey, works across all the MTV Networks and helps marketers such as General Motors and Dr. Pepper understand the mind-set of young people.

The re-election effort wants to reconnect with youth, which were among its most fervent supporters in 2008.“The youth initiative is having trouble with big donors and youth votes,” said a person familiar with the discussions. “They asked, ‘Can you tell us how we should be talking to them?’ ” one source noted. Viacom’s unit took a few weeks before getting back to the campaign to decline its invitation, saying that it doesn’t do political work. via New York Post

You may be thinking, MTV has a right to change its mind and its not required to run Rock the Vote campaigns. Also, this does not prove any MTV conspiracy to prevent Celebrity supporters from turning out to events favorable to Democrats and progressive causes. I agree with you, which directed me to look at the historical airings of the VMAs to see if any pattern emerges. Following is the data set I used for my analysis courtesy of Wikipedia:

*It should also be noted that the VMAs has led in Nielson Ratings every year since coming behind 2nd to the GOP National Convention in 2008. 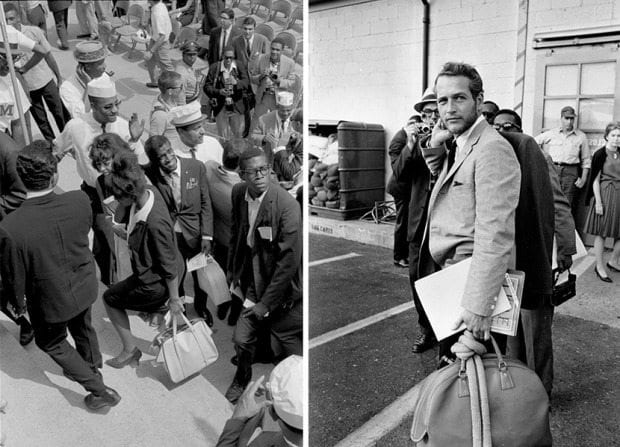 In the 1963 March on Washington, Celebrities such as Sammy Davis Jr, Marlon Brando, Paul Newman, Charleston Heston-Aka Mr. NRA, Lena Horne, Josephine Baker, Harry Belafonte, Sydney Poitier, and Bob Dylan to name a few were in attendance to support the march. These actors and entertainers where the A-listers of that era. MSNBC did a great article looking back at the 1963 March on Washington which can be viewed here.

What does it mean for present day politics when the wealthiest and most talented among us can be systematically benched from historic moments of civic engagement?