byConnie Hayek
in Criminal Justice, Social Work
0
ADVERTISEMENT
Share on FacebookShare on TwitterShare on LinkedinShare on PinterestShare via EmailShare on Reddit

A news story regarding abuse animal recently resulted in thousands of dollars in donations. The community was appropriately outraged when pictures and details of the abuse were aired by local television stations. The community responded with donations and tips that led to the identification and arrest of the abuser. It was striking that the community immediately mobilized to provide care for the dog, supporting the local rescue organization, and law enforcement in their efforts. The response was immediate and generous.

For me, the more striking aspect of this story was something unrelated. A story on Page 6 of the local newspaper reported the same day that three children had been removed and placed in foster care. A two-year-old had tested positive for exposure to three different illegal drugs.  Their babysitter called authorities when they observed that the toddler was not acting normally. The story went on to state the children lived in deplorable conditions and two children were hospitalized, but there were no donations. If there was an arrest, it was not reported. Instead of support for the organization charged with providing emergency care for the children, there was criticism that the abuse was not identified earlier. 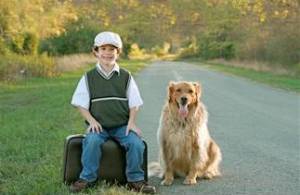 The contrast in the two stories was readily apparent. The community rallied to support the animal rescue organization, law enforcement, and the veterinary clinic providing medical care for the dog. There were donations of money and supplies, assistance to law enforcement, and offers of care for the dog. The animal rescue organization issued a statement saying they did not need a home for the dog 24 hours after the story was reported; they had more than enough donations and offers of assistance.

Meanwhile, the child welfare agency was criticized, the medical provider not identified, and the role of law enforcement was not acknowledged. I doubt the story of child abuse prompted many calls offering a home for the children. Generally only stories of abandoned or abused infants generates calls from potential new foster parents or inquiries about adoption.

Why was there such a difference in response? I believe that, in part, confidentiality played a role. The names and locations of the children were not included in the news story. Details of the care required for the dog were shared while the care of the children remained confidential. The names of the alleged perpetrators of the abuse of the dog were widely publicized, including their ‘mug shots’. The rescue organizations and other community support agencies were identified. Conversely, the names of alleged perpetrators of the abuse of the children were withheld. Rarely are details of child abuse shared with the public. When there are news stories, they tend to be only the horrific cases where a child has died, has been starved, or is severely abused, and the focus generally is on ‘system failures’. For the record, I would not advocate for publicizing ‘mug shots’ of abusers in most child abuse cases. I firmly believe in a strength-based approach to treating and ultimately ending child abuse.

I understand the interest in shielding vulnerable children from media coverage, and my intent is not to compare children to animals. It is worth noting, however, that child protection emerged as a field as a result of animal protection laws. I am not one of ‘those people’ who bemoan the support received by animal rights organizations.

However, maybe child welfare could learn something from animal protection efforts. Maybe the public reporting of child abuse should be accompanied by a request for support, a list of opportunities to help. Maybe child welfare should be more transparent about the important work they do every day so that the next time a child is abused finger-pointing is replaced by offers of support. I look forward to the day that shelter care facilities for abused children are obsolete because of the abundance of foster homes available. And perhaps one day child welfare will be able to turn away offers of support. Better yet, maybe one day communities will be so engaged in protecting children that abuse reports are a rarity and replaced with a ‘norm’ of citizens reaching out to ensure children are cared for and nurtured. Perhaps one day….

Hospice and Palliative Care: Where Are We?

“Fat Letters” How Insensitive Can You Be

"Fat Letters" How Insensitive Can You Be