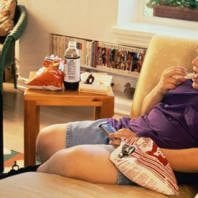 In recent news reports, there have been many parents outraged about notes sent home to them explaining that their child is considered to be obese. “Fat letters” are what the children have deemed the notifications, and they are being sent out in children’s weekly folders in certain schools. There are currently 19 states sending these letters home, three of which include Florida, California and Massachusetts. In the letters are different methods that parents can use to help lower their child’s weight such as exercise, preparing healthier meals etc. When Lilly Grasso recently brought home a letter from her Naples, Florida middle school, her mother, Kristen Grasso, became angry. The letter claimed that Lilly’s body mass index or BMI was 22, and it indicated that she was at risk for being overweight. The 11-year-old star volleyball player carries 124 pounds on an athletic 5-foot-3 frame and eats healthy foods.

How irresponsible and  insensitive is it to send these letters out in a child’s personal folder? For one, imagine how these children must feel being considered “fat.” It is obvious that these letters are viewed by these kids prior to being sent home because they are put inside the children’s folders. Could reading these letters further damage a child’s self-esteem while dealing with puberty and other issues that may arise during the adolescence stage? Is it possible for a child who reads their “fat letter”  to make the more susceptible to bullying from other children by lowering their self-esteem even more?

According to the Center of Disease and Health Control,

The facts on obesity are undisputed, but this is an issue that a child should have to read about in their personal folders. I believe this is something that teachers should be addressing with the parent on a one-on-one basis. Additionally, telling a parent they should cook more “healthy meals,”  can be taken as a little judgmental. What if a parent is receiving food stamps or other governmental assistance, it can be extremely hard to buy or afford healthy foods. Consider the parent living in a low-income neighborhood where they do not have access to Whole Foods Markets and have to choose between a costly pack of salad or a lesser expensive pack of meat.

California happens to be one of 19 states that require schools to screen for obesity, and they do so using the body mass index test (BMI), and a height-to-weight ratio measurement that is used by doctors to designate if a person is underweight, normal weight, overweight or obese. Ironically, schools that have adopted this practice of sending these notifications have not managed to change any of their lunch menus while still serving fried corn dogs, pizza, fried chicken, and other unhealthy foods.