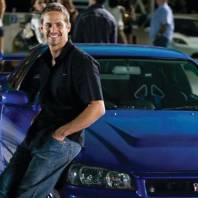 On November 30, 2013, Fast and the Furious star Paul Walker died in a single car crash along with Rodger Rodas who was the driver of the vehicle. Paul had just turned 40 this past September, and he had already begun filming installment 7 for the “Fast and the Furious” franchise. If you are a fan of his movies, it was no secret that Paul Walker was an adrenaline junkie whether it was cave diving in exotic locations, catching waves in Fuji, or driving fast cars, but it also gave rise to his stardom in films such as the Fast and the Furious, In to the Blue, or Bobby Z.

However, many people may be unaware of his philanthropy and charitable giving in which he also concentrated his efforts with equal measure. In 2010, Reach Out Worldwide (ROWW) was created as a disaster relief organization to assist earthquake victims in Haiti. In the photo above, this picture was posted on Pinterest by ROWW stating, “Taken in Haiti following the earthquake in 2010. Paul Walker with his nonprofit organization ROWW. org which provides aid to affected communities of natural disasters. Paul taking a moment of silence before leaving.”

Originally, Paul wanted to be a marine biologist, and his acting was an avenue to pay off student loan debt. The plan was to return back to school once his financial situation improved. However, he quickly realized that his acting career could offer opportunities to pursue other passions such as working with National Geographic and his charitable giving.

Yesterday, Paul Walker was hosting a charity event through his organization to help raise funds for the victims of the Philippines Typhoon when he decided to go on a test drive in a new Porsche with his friend as the driver. According to reports by TMZ who broke the story and was on the scene, the vehicle hit a fixed object leaving the occupants trapped inside while it became engulfed in flames.

According to Paul Walker’s PR Reps via his Facebook Page,

It is with a truly heavy heart that we must confirm that Paul Walker passed away today in a tragic car accident while attending a charity event for his organization Reach Out Worldwide. He was a passenger in a friend’s car, in which both lost their lives. We appreciate your patience as we too are stunned and saddened beyond belief by this news. Thank you for keeping his family and friends in your prayers during this very difficult time. We will do our best to keep you apprised on where to send condolences. – #TeamPW

Paul Walker made a career off of his rugged good looks, but he also often used them to do good in this world. As the spokesperson for Davidoff Cool Water, the company made generous donations to his charity ROWW which helped him to provide aid to victims after a disaster struck. To learn more about ROWW and the angel qualities of Paul Walker, you can view the interview below where he talks about his desire for ROWW to survive past his time on this earth.

The photo below is one of the last few pictures of Paul Walker before he died, and it is also a picture of the Porsche he was riding in at the time of his death. For those who would like to honor his memory, consider making a donation to his charity Reach Out Worldwide to help fulfill his vision of giving aid to those in need.