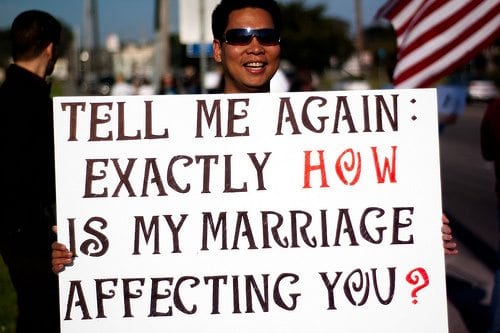 This is the second time a federal judge has set aside extremely conservative state’s limits on same-sex marriage. Utah’s ban was reversed in December of 2013. In his ruling, U.S. District Judge Terence Kern described Oklahoma’s ban on same-sex marriage as “an arbitrary, irrational exclusion of just one class of Oklahoma citizens from a governmental benefit.” 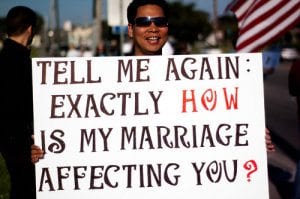 As a result of the ruling, there are many people in the city of Oklahoma who are outraged. In a statement from Republican Gov. Mary Fallin she said, “I support the right of Oklahoma’s voters to govern themselves on this and other policy matters. I am disappointed in the judge’s ruling and troubled that the will of the people has once again been ignored by the federal government”.

Moreover, individuals feel that  same sex marriage also promotes and condones homosexual lifestyles, and same sex marriage is not supported for a variety of reasons. Many people argue that it goes against Christian and many other prominent religious values. Most of them believe that a man a woman are the only couples that should receive recognition in the courts and have the right to get married. Others feel it denies a child the right to a traditional father and mother.

According to Marriage Equality,

Also, in an article from CNN, it states:

Why is same sex marriage such a big deal? What matters in a family is that children have two healthy parents who are nurturing, caring, and loving. Parents should never be judged on their ability to parent based on their race, age, disability, sexual orientation or gender identity. Love is love regardless of the sex of two people, and if they choose to get married why should  they be denied that right in The United States of America especially in 2014.