byRebecca Joy Novell
in Global, News, Politics
0
ADVERTISEMENT
Share on FacebookShare on TwitterShare on LinkedinShare on PinterestShare via EmailShare on Reddit

There was a time when the British people believed in the power of Politics. They believed that through engagement in the political system, they could change and better the lives of the disadvantaged and have their voices not only heard but also listened to. The idea of trust and optimism in British Politics is long gone and, I think it is fair to say, that for those of my generation, it is an entirely alien concept. Today, the veteran Labour politician and campaigner, Tony Benn has died at age 88. 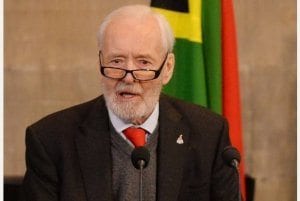 Tony Benn had a prolific career including working as a cabinet Minister under Harold Wilson and James Callaghan and was President of the Stop the War Coalition from 2003. He was a fierce defender of the voiceless and believed that those in power should be held accountable. He was never afraid to stand up for what he truly believed in, even though his beliefs were not always popular or fashionable. Benn was involved in politics at the time when believing change was possible was not seen as naivety.

I saw Tony Benn speak at the London Professional Assembly in the autumn of last year. As he walked on to the stage, it was clear that he was very frail and possibly in some discomfort. As he slowly progressed to his seat and sat down centre stage, the whole auditorium gave him a ten minute standing ovation. The applause he received was greater than any I have heard.

It made me realize that we are not an apathetic society, as many would like to see us portrayed. We crave Politician’s with conviction. We care about the development of our society but have not been given a political system in which we can believe and have hope. Tony Benn astutely stated that the “idea that politics is all about charisma and spin is rubbish. It is trust that matters.”

Benn will be mourned both as a loved Grandfather and as an icon of radical left-wing politics. However, when I heard the news of his death this morning, it aroused in me a sadness at what feels like the death of truly democratic politics. Those who are willing to follow their conviction and do what they believe is right, rather than what is expedient, are no longer attracted to a life as a Member of Parliament.

Whilst Champions of the left do exist amongst younger generations, in the form of people such as Owen Jones and Russell Brand, these people have chosen not to engage themselves in a system that is so plagued by elitism that it is no longer a viable option for creating positive change for the working class. We need a political system in Britain that ensures politician’s like Tony Benn are the rule, rather than the exception.