Hospital to pay $75,000 for Discrimination against Child Care Worker with Cerebral Palsy

byVilissa Thompson
in Disability, Employment, News
0
ADVERTISEMENT
Share on FacebookShare on TwitterShare on LinkedinShare on PinterestShare via EmailShare on Reddit

In late February 2014, a hospital was ordered to pay $75,000 for violating the federal anti-discrimination laws when it refused to hire a volunteer who had a disability.  The Equal Employment Opportunity Commission (EEOC) Chicago District Office was responsible for processing the charges of discrimination that the volunteer alleged to have taken place. 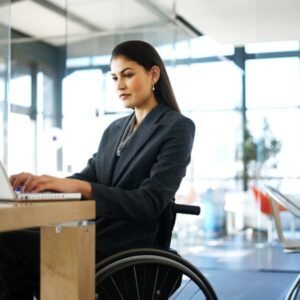 The Bright Beginnings of Osceola County, a day care center operated by the Osceola Community Hospital in Sibley Iowa, was accused of failing to hire a volunteer employee into a paid position due to her having cerebral palsy.  The volunteer was fully qualified for the position, and in fact, had a job where she drove a school bus.  When the EEOC conducted its investigation on the volunteer’s claims, the agency found evidence that the hospital purposefully refused to hire her, in fear that her disability would cause her to not be able to fully tend to the children that would be under her care.

The discrimination the EEOC discovered was in direct violation of Title I of the Americans with Disabilities Act (ADA).  Title I under the ADA focuses on employment, and here is a summary of what Title I says about employing people with disabilities:

Employers with 15 or more employees may not discriminate against qualified people with disabilities in hiring, promotion, compensation, or any other aspect of employment.

A “qualified person” is an individual with a disability who is able to perform the essential functions of the job, with or without reasonable accommodations.

(Reasonable accommodations could include providing adaptive equipment such as an adjustable work desk, modifying the employee’s work schedule, etc.; basically any changes that would not prove to be a hardship for the employer.)

Title I also covers inquiring about a prospective employee’s disability status, and when medical and psychological tests can be conducted:

An employer may not inquire about the medical conditions or disability of a job applicant prior to making a qualified job offer.

Similarly, medical and psychological tests can be given only after a job offer, and only if such tests are directly related to the job.

A quote from EEOC Chicago District Regional Attorney John Hendrickson in the article about the hospital discrimination case resonated with me, and I wanted to share it because it is something that ALL organizations should remember:

“Sometimes it looks like organizations engaged in the health care field or in the performance of other ‘good works’ consider it impossible for them to have discriminated — or to be challenged for having discriminated — particularly when it comes to the ADA.”

“But our experience has been that all organizations, whatever their line of business and however they are organized, are vulnerable to falling into patterns or acts of discrimination if they do not consciously make compliance with federal anti-discrimination laws a priority.”

(Excerpted from the EEOC Newsroom Release.)

Being ignorant of the law is no excuse to not abide by it, or violate the rights of others.  With the labor force participation rate for people with disabilities being at 19.1% in February 2014, in comparison to those without disabilities being at 68.5%, discriminating against those with disabilities is hindering our efforts to seek and obtain living wages to improve our quality of life.  Just as I reiterated the importance for private business owners who serve the public to be familiar with the law when it comes to service animals, it it just as imperative for hiring personnel, organizations, and corporations to be aware of and abide by what is outlined under Title I of the ADA when it comes to employing those with disabilities.

If you are a person with a disability who believes that you have experienced employment-related discrimination under the ADA, do file your complaint with the Equal Employment Opportunity Commission.  The EEOC has 15 District Offices across the nation that are capable of investigating your case.  If you are in the Palmetto State (South Carolina), your District Office is located in Charlotte, NC, and the Local Office is located in Greenville, SC.

Reporting such violations will decrease the occurrence of this practice.  In order to effect change and equality, you have to ramp your voice so that justice and respect for the law will prevail.