byPeter Choate
in Criminal Justice, Parenting, Social Work
0
ADVERTISEMENT
Share on FacebookShare on TwitterShare on LinkedinShare on PinterestShare via EmailShare on Reddit 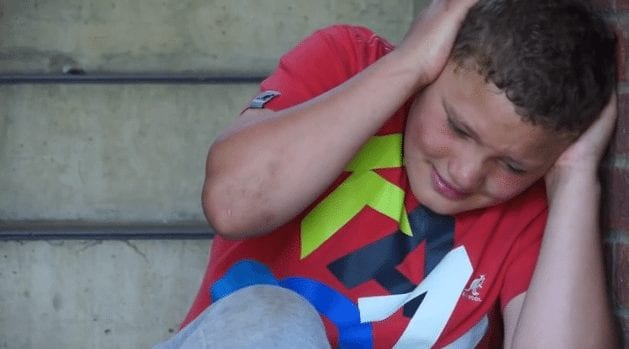 Imagine a child watching domestic violence between their parents. It’s not a stretch to think of how scary that must be for her – the people who are supposed to love and protect her are showing just the opposite. One would hope that external forces would come to play that would help change that. But a new piece of research about to be published in the journal Psychology of Violence tells us that the chances of intervention are far less than most of us would hope for.

Researcher Sherry Hamby from The University of the South comes out with some powerful statistics. In more than a third of the cases that her team researched, the physical injury occurred yet only one in four cases resulted in a police report. Children were hurt in about one in 75 cases. As Dr. Hamby notes, there is a link between witnessing domestic violence and childhood mental health disorders such as anxiety, depression, becoming a victim in teenage dating, and diminished success at school. There is also a link between domestic violence and bullying.

As I read this material, I was reminded of a 9-1-1 tape that I heard some years ago while undergoing some training. The tape is chilling. You hear a young girl desperately seeking the help of the police while her mother’s partner is assaulting her mother. At one point the child screams out to her mother that the police are coming. Her mother tells her essentially to shut up invalidating the efforts that the child is making to get help. The mother was right at one level as the threat of imminent arrival by the police may have caused the assailant to be even more violent. But the desperation in the child’s voice is one of those moments that stick with you.

In the world of child protection, we must recall that we tend to see only the more significant cases or the ones where the child has either managed the courage to disclose or, more often, does so accidentally. In reality, a disclosure will rarely be evidence that a single event of domestic violence occurred. The child has likely witnessed far more.

In my own work, I have seen frightened children scared to tell what goes on in their households. Worse, however, are the children who feel that there is nothing to report because it is so normal. Either way, when child protection becomes involved, we must remember that involving the criminal justice system is important as a way to hold the assailant accountable. But that does not make the journey better.

The victims – the other caregiver or parent and the children all need to learn how to create a new normal over time that includes health, safety, and respect along with a different set of problem solving skills. Just getting the assailant out of the house does not make it better. Supports are needed long term – remember that most women need between 8-12 times before they will leave a domestically violent relationship for good. Imagine the impact on the children.

Exploring The “CRAZY”: Looking Deeper Than Labels In Mental Health

Exploring The “CRAZY”: Looking Deeper Than Labels In Mental Health