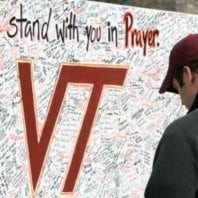 School shootings are on the rise and are seemingly becoming a common occurrence within today’s society. Yesterday, an Oregon high-school freshman was gunned down at school after the shooter entered through the gymnasium.  The shooter was later found in restroom with a self-inflicted fatal gunshot wound.

In looking at this week’s tragic events, I would be remised if I didn’t speak on the other recent school shootings that occurred at UC Santa Barbara on May 20th, and last week at Seattle Pacific University.  Within a week’s time span, we had two university shootings by assailants who appeared to be angry at something, someone, or, suffered from a mental health issue that may have gone unnoticed, undiagnosed, or clearly overlooked.

Though lives were lost at both institutions and people were injured, one contrast was the admirable actions by the students at Seattle Pacific University who unselfishly risked their own lives to subdue the shooter.  Notwithstanding the horrific occurrences at UC Santa Barbara where law enforcement were the first line of defense in that instance; Seattle Pacific University students were apparently in a position to intervene, and quite frankly, did! Imagine what could have occurred if the shooter was able to hurt more students.  We have unfortunately seen how such heartbreaking events end.

For the students, faculty, staff and administrators at both institutions, my heart goes out to those who were killed, injured and affected.  As a faculty member myself, I often ponder those “what if” scenarios at my respective institution.  Are we prepared? Am I prepared? Do I notice my student’s behaviors, changes, and shifts?  Each time I hear of one of these unfortunate stories, the media commonly reports that no one knew, noticed, or paid attention.

As social workers, we are trained to pay attention, to notice, and to probe the behaviors of the people we interact with on a daily basis.  Even with such training, things are overlooked.  For the shooter at UC Berkley, and his video manifesto of sorts, it was clear that he had anger issues. More importantly, he presented with major insecurities and possible developmental stage delays.  He was concerned with how people viewed him, treated him.  For the recent shooter at Seattle Pacific University, it is still too early to gauge his motivation, but the behavioral trend is quite consistent with these shooting typologies.

Since Columbine in 1999, there were three additional shootings that year and in the 21st century there has been at least one school shooting each year to 2009.   As school and university systems work towards reacting to such horrible acts, I often am left with that proverbial question, what are we doing to prevent these shootings?  Unfortunately, history, data, and the general community sentiments prove that we are missing the ball and not doing enough on the front end.

There was a period in my career where I would argue that maybe some media source or outlet influenced the violence, etc., and to a degree, there is some relevance to that ideology.  But for these individuals, their anger and actions were more deliberate, methodical, and calculated.  In my research of adolescents from a criminological and social work perspective, the theoretical explanations are somewhat similar in how we describe these lost youth.

My criminology hat could explain these shooters’ behaviors through a myriad of theoretical explanations. Classical theory conveys that such behaviors are made of rational choice, where the perpetrator is weighing the pros and cons of their actions.  But this couldn’t be rational, even though planned, so maybe some trait theory better conveys it.  Maybe there was a biological reasoning behind their anger and propensity for violence.  As a behavioral theorist, I tend to lean more towards learned behavior, though for these two young men, it was more than just learned behavior.

Looking at these shooters through my social worker lense, I tend to focus on the “whys” as opposed to the “hows”.  As a clinician, depending on the age, I attempt to gauge whether there was some conduct disorder diagnosis earlier in their lives.  How was their school performance, was there any medically related condition that impacted neurological/psychological development?   If older, than some possible attachment disorder or antisocial disorder may be an explanation.

The undeniable fact is that these two young men experienced mental health issues and were still able to obtain firearms.  That continues to be a problem in our country.  But that’s for another column and discussion.  My questions is: What continues to make young people so angry that they can easily kill another person with no regard, no remorse, and no accountability?  Most recently in Wisconsin, two 12 year old girls stabbed their friend 19 times because of the alleged influence of some internet phenomenon “Slender Man”.  In this case there was no premeditated anger per se, but the willingness to commit a heinous and violent act and blame it on some fictional character.

To avoid sounding like a cliché, is this a wakeup call? I can’t say that it is, why, because it’s happened consistently almost 20 years since Columbine.  So then I pose to the readers, what do we do?  Do we assess and evaluate all middle schoolers for such behavioral traits; do we evaluate high schoolers for similar violent patterns?  If we find evidence of such propensity to violence, then what?  Therapy, who pays for it, the school, families, insurance…. I honestly can’t say whether that would even prevent future acts of violence, but shouldn’t we at least try.  It has been thoroughly established in the literature the importance of early intervention, both clinically and socially, so why not push the issue further.

Recently, the National Association of Social Workers discussed the continued move into home medical models as a viable solution to preventing such violence.  I recall participating in this model many years ago as a therapist when I worked with adjudicated youth and their families.  It was quite effective and the cost was then covered by the county and the State of Maryland.  If we can implement more community based treatment options early on, then we could possibly prevent future acts of violence.  The problem that is often discussed is missing those earlier cues.  This is where school social workers are critical.  But depending on the school system, they are not always present in schools, but are the most qualified to notice irregularities in children, adolescents and adults from a biopsychosocial perspective.   On the university level, most campuses if not all have counseling services, but do students really utilize such services?

By today’s standards schools, colleges and universities need to do better in informing students of their options and services to prevent this continued pattern of violence on school campuses nationwide.  In a place where young people should feel safe, these recent acts of violence do not reinforce that concept.  We must utilize social media aggressively to get the word out, more importantly, to let students know that there are mechanisms and resources in place to advise school officials when their peers appear to be going through trials and tribulations.

It sets an unfortunate and sad precedence when we continue to see continued violent episodes in our schools.  More needs to be done; clearly, what has been done is not working.  These are not isolated incidents. Such a minimization of events is counterproductive and not a constructive approach to addressing youth violence….