What About Repeat Child Protection Families?

byPeter Choate
in Social Justice, Social Work
0
ADVERTISEMENT
Share on FacebookShare on TwitterShare on LinkedinShare on PinterestShare via EmailShare on Reddit 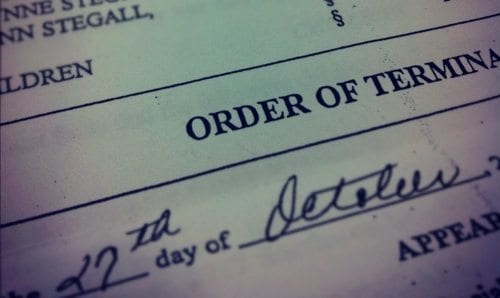 A study just released in the United Kingdom, talks about repeat families within the child welfare system. Researchers from Manchester and Brunel Universities discovered, upon reviewing court records, that 7.143 mothers were involved in repeat child protection cases involving 22, 790 children. Those who work the front lines of child protection will feel a certain familiarity to the theme. There are clearly some families where problems are so entrenched that interventions are almost inevitable.

How then to stop the repeating cycle? This is very tricky indeed. Early intervention services may be an important step helping mothers at high risk of losing their babies to parent differently. This would require identifying these mothers during pregnancy and offering parenting education. It would have to be education that differs from the norm for sure. It would need to help mothers understand high risk behaviors in pregnancy and once the child is born. It would also have to support mothers in changing behaviors. This might well work with mothers who are at least in the contemplative stage of change where there is some recognition that something needs to be different.

Such an intensive approach could be seen as costly but would be quite inexpensive when compared to the costs of bringing a child into care. More controversial approaches consider talking with these high-risk mothers about adoption upon birth. This places the mother in quite a difficult corner. There are many ethical problems with this. Perhaps the most important is that child protection or health authorities are really giving the mother a no-win choice – give the baby up for adoption or risk the child being apprehended by child protection.

Even further up the ladder of ethical challenges is trying to convince high-risk mothers to not get pregnant again. This looks at contraception alternatives that can range from birth control pills through to sterilization. It seems quite fair to talk about taking birth control pills or ensuring the use of a condom but sterilization is a permanent choice. Whichever approach, the message is clear – you are not a competent parent so don’t get pregnant again. If you do, we will take the baby.

There seems a fine line between coaching a high-risk parent and essentially using the power of child protection to impose a behavior. This is a complex ethical debate in our society. The possibilities of abuse of power are obvious because it has happened before. The recent film Philomena starring Judy Dench tells one such story based on the infamous Magdelene laundry stories in Ireland. The eugenics movement in North America from around the 1920’s and on up to the 1970’s would be further examples.

On the other hand, what is the benefit to the mother and her children to have pregnancies followed by repeat apprehensions of children? There are things that we need to do to stop the flow of repeat interventions from the same families. Surely education on family planning, coaching during pregnancy and intensive supports following birth seems like obvious steps. Yet, for parents who remain unwilling to change, these efforts are unlikely to succeed. Is repeat apprehension of children our only other option?