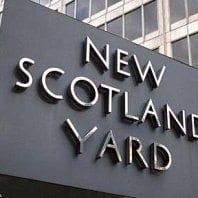 I have postponed writing this piece for several months now. However as more stories emerge on an almost daily basis, it has become clear that there is something rotten at the core of British Policing. This will, unfortunately, come as no surprise to the Black and Minority Ethnic Communities living in England who have been victims of institutional racism, intimidation and victimization for many decades. However, the stench of police corruption has now reached the nose of the political class. 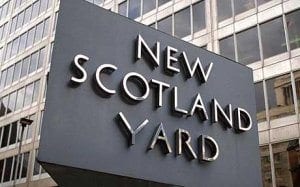 In February of this year, several police officers were dismissed for criminal conduct after attempting to smear the reputation of Conservative Politician Andrew Mitchell. Whilst this of course is no more important than the daily injustices of Stop and Search, perversely it does mean that we now have national recognition of the problem and finally stand a chance of tackling it.

The police are an essential aspect of any civilized society and a core component in the battle between liberty and security. It is a job that I do not envy but one that I admire. Whilst people continue to harm others, we need people who are willing to stand up and be the ‘good guys’. Unfortunately, the line between good guys and bad guys is being irreparably blurred in the UK.

Last month, the final report of an internal investigation in to the work of the Metropolitan Police’s Special Demonstration Squad was presented to the public and the findings are highly alarming. It was revealed that from the mid 1980s to 2005, undercover police officers were secretly gathering intelligence on 18 families who were fighting to get justice from the police after their relatives had been murdered or had died in police custody. The report highlighted the fact that the information gathered by the police should only have been stored if it could have prevented crime or disorder and concluded that ultimately the information “should not have been retained and certainly not for the period it has been.”

What is particularly worrying about this and other cases is that it was not a one-off individual- a lone ranger- it was an organized group of people all willing to ignore and reject government guidelines, best-practice and human decency. This cannot be something that is simply swept under the carpet. It is terrifying to know that those we pay to protect us will put more energy in to protecting their own reputation. The notion of ‘police before public’ reeks of gang mentality.

As further stories emerge about police misconduct, I have been shocked to discover the true level and scale of police malpractice in Britain. I feel embarrassed that so little has been done to iron out the injustices that the BME community has struggled with for so long. Whilst it would be unfair to say that there are no honest and decent police officers, you only need to scratch the surface to realize that there is something significantly and dangerously wrong with the structure and ethos of the British Police Service.

In June of this year, a Court found that Firearms Officer Carol Howard had been subjected to discriminatory treatment by the Met Police due to the fact that she was black and female. The Court case revealed that the deletion of records of sex and race discrimination was common practice within the Met and was used as a means of ensuring that there are no findings of discrimination against them.

There are countless other examples that I could list. So many, in fact, that the Home Secretary Tereasa May was forced to do the previously unthinkable in May of this year. At this years Police Federation, she abandoned the usual deferential treatment given to the police force and rather read out a long list of recent police scandals. The Home Secretary made it explicitly clear that unless the police take heed of the recommendations of the Normington Report for police reform, the Government would have to impose reform upon them.

Courageously, Tereasa May directly addressed the Federation to say:

I want the police to be the best it can be. I want you – the representatives of the thousands of decent, dedicated, honest police officers – to show the public that you get it, that you want to take responsibility for the future of policing and you want to work with me to change policing for the better.

I hope that this speech was not mere rhetoric but genuinely marks the beginning of a determined effort to reform our police service. We cannot claim to live in a democracy if we do not prioritize accountability of those in positions of power.

There is a dark monster within the heart of the British police force and it is growing ever larger. We must act immediately. It is our duty to fight this monster. We owe it to the grieving families who have been spied on; we owe it to those women and men who join the police force to genuinely protect and serve their communities and we owe it to ourselves, because whilst this problem may not affect you directly today, if the monster is allowed to continue to grow, it won’t be a matter of if it will affect you but rather when it will affect you. And by then it will be impossible to defeat.