byDeona Hooper, MSW
in Diversity, Education, News, Social Work
0
ADVERTISEMENT
Share on FacebookShare on TwitterShare on LinkedinShare on PinterestShare via EmailShare on Reddit 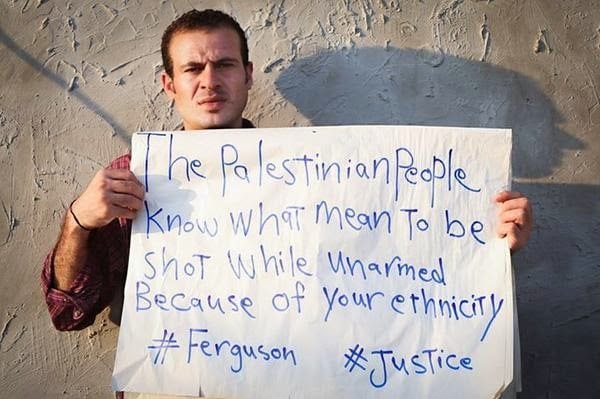 As Editor-in-Chief of Social Work Helper, I recently published an article entitled A Grand Response from Social Work is Needed in Ferguson written by Dr. Charles Lewis who is the President of the Congressional Research Institute for Social Work and Policy. Due to my coverage on the shooting of Mike Brown and the police response in Ferguson, Missouri, I have received lots of comments and responses from both social workers and non-social workers via email and various social media outlets.

As a result of comments I have received on Facebook, it makes me extremely fearful that some of these people are actually social workers, and I pray they are not working with minority communities. Maybe its a good thing the national media and reporters are not patrolling social worker forums and social media platforms to see what social workers think about national and global events. If they did, many would not be able to withstand the scrutiny placed on their statements.

As a strong warning, if you are going to proudly display yourself as a social worker in your cap and gown at your School of Social Work graduation, don’t make comments you would not want screen-capped and publicly reviewed. It has been my policy to hide these comments from public view, but this is only a cosmetic solution and does not address the racial divide and attitudes within our profession.

As one social worker and Facebook commenter provider her analysis of the events in Ferguson:

“The police have nothing to do with voting, the police were shooting at a someone who wasn’t in the wrong place at the wrong time, but a thief who was stealing from a store, then when stopped by the police, charged the police and was shot. This has nothing to do with voting. Look at the autopsy report, instead of hearsay and the media looking for the next big story. I love being a social worker, but it makes my blood boil when other social workers jump on bandwagon going nowhere. Know the facts before you post something like that. Rioting, stealing and destroying other people’s property is not going to help the situation.”

If this is the primary analysis social workers are developing after seeing the events in Ferguson, then I have to question how are we preparing students and professionals to engage and meet the needs of minority communities. The best explanation and analysis that I could find to help social workers understand why they should care about Ferguson is in a video by John Oliver host of HBO’s Last Week Today. Also, you can view an article at the Jewish Daily making a case for why Jews should care about Ferguson.

Not only has the shooting of Mike Brown sparked a national conversation, it has sparked a global conversation on all inhabited continents according to the LA Times. Palestinians in Gaza are tweeting advice to American citizens on how to treat tear gas exposure, Tibetan monks arrived in Ferguson to show solidarity with protesters,  #dontshoot protests are happening around the world as a show of solidarity with Ferguson, Amnesty International sends first delegation ever to investigate on American soil, and the United Nations has been holding hearings on the civil rights violations against African-Americans in Geneva, Switzerland.

According to the New Republic,

As part of my research for this article, I did a Google news search using the strings “social workers” and Ferguson, then I used the string teachers and Ferguson. Please, click on the links to view the results.  I found two results one of which was the article published by Social Work Helper, and the other was a small blurb in a local news reporting stating that Social Workers are going door to door to assist with crisis counseling.

There is no doubt that there are many social workers already in or headed to Ferguson at their own expense to donate their skills during this crisis. But, the question we should be asking is who is helping to support their efforts on the ground? If you wanted to connect with them, how would you do it? We have many Schools of Social Work and many dues paying social work associations, but has any of them stepped up to offer assistance, help with coordination, provide a point of contact for social workers who do care about Ferguson and want to contribute? If there is, please let me know, and I will help promote your activities. Are social work professors writing letters to the editor, opinion editorials, or looking for ways to incorporate issues in Ferguson in their lesson plans? I found one professor at Columbia University who wrote a letter to the editor in the New York Times via twitter.

In the past, I have often been frustrated when it seems social workers are always left out of the conversation when discussing federal protections, pay increases, and job loss which tend to focus on teachers, police, and first responders. Also, I have been equally frustrated when professors from other disciplines are becoming political analysts for media outlets for the purpose of explaining social safety net programs that social workers implement. Lately, I have begun looking at this dynamic with new eyes and a fresh perspective, and I am beginning to form another hypothesis. Is social work not apart of the conversation due to exclusion or is it because social work is not showing up?

Another social worker who I truly respect and admire made the comment, “I am reminded that my profession is ALWAYS active. We don’t have to REACT, because what we do everyday is the action that is part of the solution.” However, I respectfully disagree with this assessment because crisis and emergency situations do not fall into the scope of what we do everyday.

Even during natural disasters like Hurricane Sandy, social workers acting outside the scope of their employment were left to their own devices. Without a social work organization leading the effort, it increases the difficulty of volunteer social workers to provide information, get support, as well as help with coordination of resources in order to maximize their efforts.

Human services agencies, Schools of Social Work, and Professional Associations have not exhibited the skill sets to create virtual command centers to steer potential resources to on the ground efforts as well as relay the needs assessment made by ground forces. As a matter of fact, it does not seem that these types of efforts are even viewed as actions to fall within the scope of their responsibility.

Teachers are change agents everyday, but they are reacting to the events of Ferguson in the following ways:

Ferguson students have been out of school for the past two because their community has been a war zone. 68% of students in Ferguson schools qualify for reduce or free lunch. As many social workers know, many students in poverty-stricken communities rely on school lunches to survive.

To help bring some relief to the community, Julianna Mendelsohn, a 5th grade teacher in Bahama, N.C., launched a fundraising campaign to benefit the St. Louis Area Foodbank, with the hope that the organization can offer food assistance to needy students. Mendelsohn set an initial goal of $80,000, and crossed that line today. As of this post’s publishing, her initiative had raised just over $110,000, with two days still to go. Read Full Article

150 Ferguson teachers used their day off as an opportunity for a civics lesson to help clean broken bottles, trash, and tear gas canisters from the streets.

“We’re building up the community,” says Tiffany Anderson, the Jennings School District superintendent. She has organized the teachers helping with cleanup, is offering meal deliveries for students with special needs, and has mental health services at the ready. “Kids are facing challenges. This is unusual, but violence, when you have over 90 percent free and reduced lunch, is not unusual,” Anderson says. “Last week, I met with several high school students, some of whom who are out here helping clean up. And we talked a little bit about how you express and have a voice in positive ways.” Read Full Article

Without school being in session, many educators are concerned with the needs of children due to the high poverty rates.

Today through Friday, Ferguson-Florissant will provide sack lunches at five elementary schools for any student in the district. The schools are Airport, Duchesne, Griffith, Holman and Wedgwood. On Tuesday, Riverview Gardens provided lunch to 300 children. Jennings also opened up its school cafeterias. Read Full Article

Ferguson schools are doubling the amount of counselors in their schools. But, what about the parents and adults in this community? Who will help care for their needs and direct them to resources?

Public schools in Ferguson, Mo., are reinforcing their counseling services for the first day of school Monday in anticipation of students’ anxieties after two weeks of protests in their community. Ferguson-Florissant School District is doubling the number of counselors Monday, and it’s training school staff to identify “signs of distress,” said Jana Shortt, spokeswoman for the school district. Read Full Article

Most importantly, educators have created the hashtag #Fergusonsyllabus to help other educators turn the events in Ferguson into teachable moments. They have also developed a google doc with resources and teaching tools to create lesson plans on Ferguson which can be found here.

Here are my slides for my Intro American class on how poli sci helps us understand Ferguson #FergusonSyllabus https://t.co/Iide936E0N

The bulk of this article focused primarily on service needs, but the macro and advocacy contributions needed in this community are even greater. SAMHSA has also issued a press release to help direct Ferguson residents to their disaster relief and crisis counseling hotline which can be found at http://www.samhsa.gov/newsroom/advisories/1408110710.aspx

How can social work contribute and be apart of the solution, or is this somebody else’s responsibility? I would love to hear your thoughts!

Letter to the Editor: A Social Worker’s Thoughts on the Killing of Michael Brown

Letter to the Editor: A Social Worker's Thoughts on the Killing of Michael Brown

Why Starting School Later Is a Social Work Issue