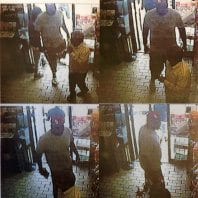 This is a Letter to the Editor that I received from a member of the social work community. Although I disagree with the opinion and facts of this reader, I believe this Letter to the Editor provides a perfect example of how conservatives and non-minorities conduct their analysis of the events in #Ferguson. I will be writing a response in order to open a dialogue on the competing viewpoints. You may also want to view “Social Work Appears Absent from Ferguson Global Conversation”~Deona Hooper, MSW

Here is the Letter to the Editor in full:

Hi I’m a licensed clinical social worker who has been working in the field since 2000. I read your latest article “Social workers Appears absent in #Ferguson Global Conversation”. I appreciate your opinion on Michael Brown’s shooting & I know there is a tremendous amount of pain in the communities of color because of years of experiencing prejudice & discrimination. At the same time, different opinions need to be discussed openly for the conversation on race relations & police brutality to progress.

I consider myself a very socially liberal person, but I strongly feel most of the media, far left wing activists, & some prominent members of the black community were quick to label the PO a murderer without hearing all the crucial evidence from both sides. 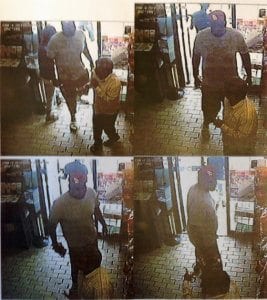 I know Brown’s friend (Dorian Johnson) was a key eye witness from the beginning, but since the shooting, it has become clear he has a history of lying to the police. For example, Johnson told the police & the media after the shooting that Brown & himself were not doinganything wrong when they were confronted by the PO.

The video from just minutes earlier proves that Johnson was with Brown while Brown was committing the robbery & nearly assaulting the shop keeper. From my understanding, if Brown was still alive, he might be charged with a felony. We also now know Brown had marijuana in his system at the time of the confrontation which might help us understand his mindset at the time.

It’s also really difficult to take Johnson’s testimony of the shooting seriously. It was widely reported that in the past, he was accused of stealing a backpack & I believe lying to the police regarding the incident.  The PO also experienced a swollen face with a possible broken eye socket from his confrontation with Brown.  This information flies in the face of Brown being called a gentle giant.Of course, Brown did not deserve to be killed at only at eighteen years old & I feel very sorry for him & his grieving & traumatized family. At the same time, there is a strong possibility that the PO would most likely not get charged with homicide because of some of the contradictory evidence I described.I think one of the most important things to remember right now is for people to continue protesting for justice in the case, but at the same time not be so quick to jump to conclusions about the PO being a murderer & a racist. I’m aware there are still very racist cops throughout the country, but it does not mean the PO was not within the law to protect himself if Brown used physical force against him.

No matter if the PO is found guilty or not, we must allow our criminal justice system to examine all the evidence & make a final verdict. I just wanted to express my opinion to you & I hope I was respectful because I did not mean to be insensitive to anyone. I’ve never written an email to a social work site, but I’ve been following the Brown killing very closely.