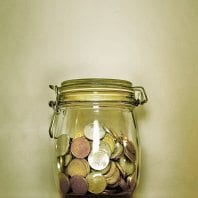 The climate of social work is changing. Over the last several years while businesses have moved towards embracing greater social missions, more and more social workers have begun to embrace the field of business and entrepreneurship.

From conversations about money and finance to the increase of social workers starting their own for-profit ventures, social workers are expanding their knowledge on the monetary side of helping.

Founder of The Center for Financial Social Work, Reeta Wolfsohn, makes the observation that it’s taken some time for social work to embrace the importance of money and financial education, stating that for years the majority of participants certified by the Center have  not been social workers but other members in corporate America.

However, evidence of this increased interest on the topic of business and entrepreneurship by social workers was most notably apparent at the recent NASW Conference in Washington, D.C..

During the four-day conference, and especially among the conversations at the Financial breakout sessions, I personally observed several nuances that indicated an increased readiness on the part of social workers to talk openly about their not-so-secret desires for more money and increase their prowess in making it.  Specifically, I left the conference with five observations that I hope will help us all feel more comfortable when speaking on the topic of money and business.

Observation #1. Social workers struggle with feelings of unworthiness and shame around money

One might assume because social workers spend so much time talking about self-worth and actualization, we’d have those topics in the bag, and we do on many subjects. We pride ourselves on being able to move our clients from disabling feelings of shame and guilt to more empowering feelings of confidence and pride that enable them to make progress in their development.

However, many social workers struggle with feelings of shame and unworthiness when it comes to the topic of money.

Sometimes it’s because social workers don’t feel like they have enough money and are in debt, other times they may feel ashamed to even desire more money or that it doesn’t align with social work values. And many times social workers just feel incompetent to handle their money or have more of it in their lives.

Social work researcher Brené Brown says that “shame is the most powerful, master emotion. It’s the fear that we’re not good enough. Shame erodes our courage and fuels disengagement,” and while we agree with this statement and work with our clients to eradicate it in their experience, many of us allow these same disabling feelings to fester around the topic of money.

I was able to note this in many of my fellow colleagues because I’ve seen it in myself. However, the second thing that I noted gave me hope that our approach to money within the profession was changing.

Observation #2. Social workers want to stop feeling guilty about wanting to be rich

At the Conference, I watched brave social workers stand one-by-one and voice their desires to talk about wanting to be wealthy. They were tired of feeling lonely and ashamed, they said, of having aspirations for wealth but feeling as if they had no safe place within the profession to explore and express these desires.

I personally found it interesting that, despite all of the sparsely attended Financial breakout sessions at the conference throughout the week, the one containing the  “Rich Social Worker” presentation, which was held on the final day of the conference, packed a full-house. This was confirmation for me that, when given a forum to talk about money and wealth, social workers are ready to be included in the discussion.

Observation #3. Social workers (generally) don’t know how to make money, but they know that it can be done

One of the things I love about social workers is that we’re tenacious – we don’t give up – and even when we don’t know a thing (which can be quite often), we know how to persevere until we do.

At the Conference many social work entrepreneurs I met shared stories of how they had used their social work skills to create success in their various ventures. And while their stories differed, what was constant was the drive and determination to figure out how something could be done.

When faced with a problem of competency, social workers know that  if we ask enough questions, conduct enough research,  and experiment with enough theory we’re bound to move closer and closer to our goal. Not only was this the story of conference presenters Merry Korn, founder of Pearl Interactive Network, and James Townsend of the Townsend Group, but it’s the story of countless social workers who have ventured into the business world and found success.

Observation #4. Social workers are very generous and want to use their wealth to create more good in the world.

The fact that social workers are generous is not a new idea, but many are limited in their ability to be as generous as they want to be simply because of their financial resources and limited expertise in the way of massive giving.

I personally spoke to social workers at the conference that admitted their financial challenge in being able to attend. This had nothing to do with their desire to attend or the value they felt they had received, but was entirely connected to their income.

For the social worker the question is not about whether or not to give, but about how much he or she can afford to give.

This should not be. And of all the professions that use money to make the world a better place, social work is a shoe-in for “Most Likely to Succeed.”

Observation #5. No matter how successful they become in business, they fully embrace themselves as social workers

This theme was emphasised over and over at the conference and stood out as a reassuring beacon of hope for those contemplating entry into entrepreneurship, but fearing disconnection from the profession.

What this all means

In light of the observations made, I strongly believe that social work is experiencing a revolution, and that in the next few years, more and more trained social workers will seek options that not only create better conditions for their clients, but allow them to build business models to support them. They will have open discussions about wealth and entrepreneurship, and demonstrate confidence when quoting their rates. If enough are prepared to do this, not only will we impact the overall pay scale, but we’ll change the course of history forever.

Perhaps – just maybe – we will even be able to afford that trip to Cancun. Radical self-care, anyone?

Eva Forde, MSSW, is a social work leader, trainer, and entrepreneur. She currently serves as President of the Jamaica Association of Social Workers and is the author of How NOT to Practice Social Work: Saving Good People From Bad Practice One Step at a Time. Get a mash-up of insight, strategy and motivation at RichSocialWorker.com - the place for social workers who get inspiration to live richly. View all posts by Eva Forde