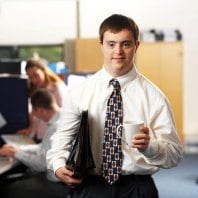 When David Freud stated that some disabled people were “not worth” the minimum wage, he was not saying this for shock effect. It was said in earnest at a fringe meeting at the Tory Party Conference. Furthermore, Lord Freud is not a mere back bench Conservative politician making bizarre and infuriating comments about a subject that does not concern him; rather, David Freud is the shadow minister for welfare in the House of Lords and Parliamentary Under Secretary of State for Work and Pensions. 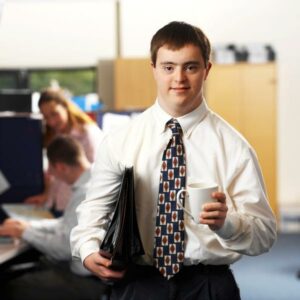 The man in charge of policy related to disabled people in Britain has openly said that some people with mental disabilities could be paid as little as £2 an hour. Further proof, as if any was needed, that the austerity measures and welfare reforms put in place by this Government are not borne out of necessity but rather an ideological disdain for the poor, sick and vulnerable.

After numerous calls for his resignation, Freud issued a “full and unreserved apology.” He added that he cares “passionately about disabled people” and he is “proud to have played a part in a government that is fully committed to helping disabled people overcome the many barriers they face in finding employment.”

This supposed care for disabled people would be slightly more believable if this Government hadn’t been responsible for a 65% increase in the number of disabled people having their benefits sanctioned, resulting in them having to live without money for weeks or months on end.

It would also be more believable if this Government had not implemented the Work Capability Assessment (WCA) which has been deemed incredibly stressful and humiliating by numerous disabled charities. And it would be more believable that this Government “cared passionately” about disabled people if, when entering Government in 2009, they hadn’t arbitrarily decided to cut the amount spent on Disability Benefits (DLA) by 20%.

The Coalition Government are responsible for manufacturing propaganda about disabled people being “scroungers’” suggesting that most people claiming disability benefits merely have “bad backs.” The Tories decision to cut DLA in response to the supposed “inexplicable” rise in the number of disabled claimants, completely ignores the fact that there has been a real growth in the number of people with learning disabilities and more premature babies are surviving but with disabilities. Also, after reforms in Case Law, more people suffering from mental illness began claiming DLA. There are legitimate reasons for the rise in claimants, but the Government willingly choose to ignore them in order to push their hateful and callous rhetoric.

Not only has this Government damaged the economic life of disabled people, but their fact less mantra about disability claimants has led to an increase in the abuse of disabled people. The charities Scope, Mencap, Leonard Cheshire Disability, the National Autistic Society, Royal National Institute of Blind People (RNIB), and Disability Alliance all say that ministers and civil servants repeated highlighting of the supposed mass abuse of the disability benefits system has led to two-thirds of people with disabilities saying they had experienced recent hostility or taunts and that attitudes towards them have deteriorated since 2010.

There is strong dissonance between the Government’s actions and the Government’s words. Lord Freud may maintain that he “cares passionately” about people with disabilities but he and his party have done nothing but act to the contrary.

Aside from the fact that the minimum wage (£6.50) in Britain is still not considered to be a Living Wage, we have to decide whether we want to live in a country where we recognize effort expended or outcome achieved. Defenders of Freud’s comments have argued that some people are genuinely “not worth the minimum wage” because they cannot work as efficiently or effectively as non-disabled employees. It simply isn’t considered good business.

I do not want to live in a country where my child who is born with a disability, through no fault of their own, has to struggle every day with the physical pain and social stigma of that disability. Then, he/she is told that no matter how hard they work their effort does not guarantee them any security from poverty. I do not believe that Britons value profit over people, so let’s look at this from a rather simplistic analogy.

Imagine a coffee shop where you are the Manager. You hire one member of staff without a disability (Emma) and one member of staff with a learning disability (Jane). Over the course of the day, Emma can make 100 cups of coffee, whereas Jane can only make 50. Emma and Jane both work equally hard and are pleasant and reliable employees. If you hired two Emma’s you could sell 200 cups of coffee a day. However, if you continue to hire Jane, you are creating a society in which people with disabilities are treated equally with dignity and respect. By hiring Jane you are promoting her sense of freedom, preventing her from developing depression due to social isolation and de-stigmatizing learning disabilities. As an employee do you want to invest in equality and humanity or 50 more cups of coffee?