bySWHELPER
in News, Social Justice
0
ADVERTISEMENT
Share on FacebookShare on TwitterShare on Linkedin 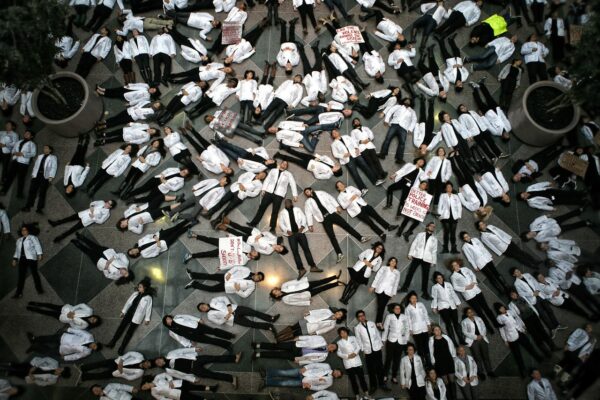 Upon matriculating in medical school, students recite the Hippocratic Oath, declaring their commitment to promoting the health and well-being of their communities. On December 10, 2014, students from over 80 medical schools across the United States acted in the spirit of that oath as we participated in a “die in” to protest racism and police brutality. In our action, we called attention to grim facts about the public health consequences of racism, acknowledged the complicity of the medical profession in sustaining racial inequality, and challenged a system of medical care that denies necessary treatment to patients unable to pay for it, disproportionately patients of color.

In celebration of the legacy of Dr. Martin Luther King Jr., we announce the founding of a national medical student organization, White Coats for Black Lives. This organization brings together medical students from across the country to pursue three primary goals:

In founding White Coats for Black Lives, we hope to add our voices to the growing national movement demanding accountability, justice, and an end to racism, and we seek to honor our profession’s pledge to counter those forces that might unduly or unjustly cut short the lives of our fellow human beings.

Standards of Self-Care Series 3 of 3