byMegan Ferguson
in LGBTQ, News, Social Work
0
ADVERTISEMENT
Share on FacebookShare on TwitterShare on LinkedinShare on PinterestShare via EmailShare on Reddit

Although many older adults receive necessary support from family, friends, and external agencies, some older adults experience exploitation and abuse. Since there is no universal definition for abuse against older individuals, a broader definition refers to elder abuse and neglect as, “any action or inaction by any person, which causes harm to the older or vulnerable person”. 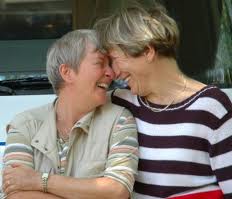 Every year, approximately 4 million older Americans are victims of elder abuse. Additionally, for every case of elder abuse and neglect reported, researchers estimate that as many as 23 cases are unreported. The quality of life for older adults who experience abuse is significantly altered.

They often experience decreased functional and financial status as well as increased dependency, poor self-rated health, feelings of helplessness and isolation and psychological stress. Older individuals who have been abused also have a lower life expectancy than those who have not been abused even in the absence of chronic conditions or life-threatening illnesses.

Shari Brotman, Bill Ryan and Robert Cormier from the McGill School of Social Work wrote an article exploring the experience and realities of gay and lesbian seniors and their families in accessing a broad range of health and social services in the community. It recommends that older lesbian and gay individuals would benefit from homophobia being included in the definition of elder abuse. Also, the article articulates the definition of elder abuse should be expanded to include sexual harassment based on sexual orientation. Individuals often experience intimidation, harassment, humiliation, or shame as a result of identifying as an older lesbian and gay individual, and this discrimination is heightened in elderly individuals living in long-term care facilities.

Lesbian and gay individuals, especially lesbian and gay seniors, have a long history of discrimination and marginalization as a result of identifying as a lesbian or gay individual. Incorporating homophobia into the definition of elder abuse would greatly benefit older adults as it would help them to be further integrated in society instead valued based on their sexual orientation. It would also introduce freedom of harassment and/or reduce injury when sexual orientation is seen as a right.

Sharing Your Dreams and Knowing Your Purpose