bySWHELPER
in Diversity, News, Social Justice, Social Work
0
ADVERTISEMENT
Share on FacebookShare on TwitterShare on LinkedinShare on PinterestShare via EmailShare on Reddit

As a group of students, staff, and faculty at the University of Utah College of Social Work, we join our voices with those of other schools, agencies, and communities against recent acts of racism and violence in Ferguson, Cleveland, New York, Phoenix, Saratoga Springs (UT) and elsewhere. We recognize our varying experiences with and participation in systems of power and privilege, oppression and discrimination, which make this conversation complex, risky, and uncertain. 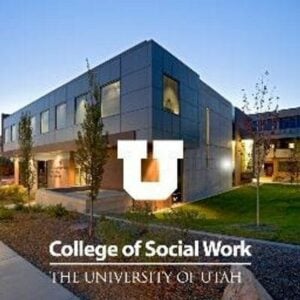 We recognize that racial biases are often unconscious, and that even well-intentioned individuals may lack awareness of our own biases. Thus, this conversation and related actions are necessary aspects of raising our consciousness with respect to racism, systemic violence, and injustice, and taking steps toward healing in our communities and our nation. We are compelled to speak out for justice by our personal convictions and our professional values and ethics; to remain silent in the face of injustice is a privilege that we reject as collusion.

In 2009, African Americans comprised 13% of the U.S. population but 42% of inmates on death row. These national patterns are often reflected in Utah, as well. In Salt Lake City, the rate of arrest for black residents is more than four times that of non-black residents. Minority youth in Utah are significantly more likely than non-minority youth to have aggravated sanctions and longer sentences, while non-minority youth were more likely to have mitigating sanctions applied to their cases, leading to shorter sentences.

Media portrayal of recent events of racism and violence has contributed to a polarization of this issue in which those standing in solidarity with victims of violence are deemed to be anti-law enforcement. We reject this polarizing view of these events, and openly recognize that we are all socialized and implicated within a larger system of racism in our country. Aspects of structural and institutional racism occur within law enforcement, as well as within other professions and the social, political, and economic institutions in the U.S.

We unite as students, staff, and faculty to stand in solidarity with those already working toward racial justice through continued action to reduce racism and violence. Specifically, we seek to examine and change, where needed, the work that we do in our profession and education. We ask that the College of Social Work discuss and develop the following actions:

• Promote and implement College-wide activities that center social justice and equality in the culture and educational aims of the CSW.

• Develop and support dialogue between law enforcement, the criminal justice system, service providers and communities to help heal the wounds of violence and injustice, and to build bridges among participants.

• Establish regular professional development for campus and field faculty with regard to implementing critical dialogue about privilege, power, oppression and racism.

• Establish an Anti-Racism Task Force within the College of Social Work.

We have grave concerns about observed and documented patterns of racial violence by law enforcement agents across the U.S., historically and currently. As Rev. Meg Riley has noted, “We are buried up to our necks in a history of violence and brutality against people of color.” We know that communities of color and other minority groups are disproportionately stopped and arrested by law enforcement, and prosecuted and incarcerated by the criminal justice system. Across this country we have witnessed too many incidents in which some law-enforcement agents have harassed, beaten, choked, and/or shot civilians – particularly black men – and it has been done with impunity.

As a school of social work, we are professionally mandated to center social justice and anti-oppressive practice for the improvement of human and social well-being. We join colleagues at Smith College School for Social Work in listening deeply and compassionately to the pain, grief, anger, fear and loss in families and communities struggling with these events. We join Portland State School of Social Work and others in continuing to transform our professional work into efforts that promote socially just, anti-racist services, programs, policies, and change.