byDeona Hooper, MSW
in Global, Social Work, Technology
0
ADVERTISEMENT
Share on FacebookShare on TwitterShare on LinkedinShare on PinterestShare via EmailShare on Reddit 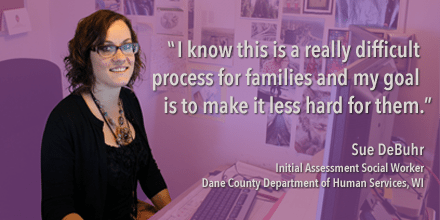 Social Work is a tough profession even under the best of circumstances, but the impact social workers have on the lives we touch can influence the trajectory of a life over its lifespan. Many of us choose this profession for a variety of reasons. However, if you surveyed a huge sample of social workers, many would say the profession chose them.

From birth to hospice, Social Workers enter the lives of people when they are in crisis throughout the spectrum of life. Social Workers are the first responders for social issues and family intervention because we are called in when problems begin to show up on the radar. From domestic violence and suicide prevention to cancer awareness, social workers provide intervention and advocacy on many issues because we directly impact our clients and their ability to heal.

Unfortunately, the magnitude of our impact is often compromised by having access to limited resources and funding, worker burnout, depression, outdated systems and processes to increase efficiency, and a host of other issues that are too long to list in this article. As a result, social workers become the faces of the failed systems in which we work. So, when someone outside the profession, family, or friends asks why social work, does it not sometimes feel like they are insulting your choice of profession?

According to Twitter, the very first #YSocialWork tweet came from a Master of Public Administration student who simply tweeted #YSocialWork

When Shauntia White, the event organizer for Social Work Advocacy Day on Capitol Hill, began planning a #YSocialWork campaign for the event on March 17th, I felt Social Work Month would be the perfect opportunity for social workers to explain #YSocialWork is important to us and potential future social workers. Sometimes, it can be a bit frustrating always having to defend your chosen profession or having to explain why social work matters, but we are our best brand advocates. Our profession often falls victim to a majority of negative articles or comments when something bad happens. However, this is an opportunity for us to flood social media with positive messages about why social work matters.

How to Participate in #YSocialWork

Don’t miss the opportunity to share with the social work community at large your message of empowerment, an issue you care about locally, or why you chose social work as your profession. I look forward to sharing your messages.