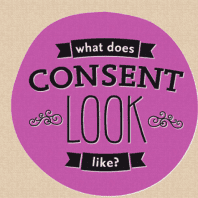 Rape Culture, Child Protection and 50 Shades of Gray may not appear to have an obvious connection, but let’s take a moment to consider. We have seen a significant increase in concern about the impact of domestic violence and child abuse in high profile cases within the sports and entertainment fields as well as several post-secondary institutions finding themselves in the spotlight for failing to address sexual assault and rape culture on college campuses.

In Canada, we watched questions emerge regarding sexual misconduct allegations against broadcaster Jian Ghomeshi which eventually led to his termination while he awaits trial. Presently on trial in Europe is former head the IMF Dominique Strauss-Kahn for his alleged role in a sex ring in France in addition to an alleged sexual assault against a hotel maid in New York City.

The Roman Catholic church has been plagued with allegations of sexual abuse while working its way through years upon years of confirmed sexual abuse against children. The Royal Commission in Australia stated, “We will also hear, hopefully, from Governments around Australia, on how they intend to approach redress for survivors of abused in government-run homes, orphanages and other institutions.” The recent conviction and sixteen-year sentence of former rock star Gary Glitter for abuse of young girls under the age of 13 with some abuse occurring as far back as 3 decades ago. Domestic violence, sexual abuse, molestation, sexual assault are significant issues in child protection matters.

At the heart of this intersection is the question of what children are exposed to and what is consent. Does a woman consent to be beaten by a partner? Does a child consent to sex with an adult? Does a drunken woman consent to sex when she is too impaired to really consent? Those who are in a powerless and subordinate position are not able to consent, but this appears to be a complex question in today’s society.

Additionally, how the media plays out the issue of consent matters to society at large. 50 Shades of Grey sets up a standard for consent that suggests it might not be so voluntary and yet still acceptable. The Atlantic offered a thoughtful piece on how the 50 Shades of Grey books and the movie are really depicting nonconsensual sex which must then be characterized as some level of abuse. This view may not be welcomed by its millions of followers, but it’s worth noting the BDSM community is not welcoming this movie as exemplary of what they perceive to be voluntary and consensual activity in this sexual arena.

If we want to create safer families and communities for children, should we not be connecting the dots between the various forces that impact how safety is defined and created? When we make a media sensation out of non-consensual sex abuse and assault, it enables sexual and gender-based violence. That’s a problem.

Dr. Peter Choate is a Registered Social Worker and Member of the Clinical Registry and Approved Clinical Supervisor for the Alberta College of Registered Social Workers. He is an Assistant Professor at Mount Royal University in the Faculty of Social Work and Disability Studies and a Professional Development Instructor at the University of Calgary. His particular emphasis is on parenting capacity as well child and adolescent mental health including maltreatment, neglect and abuse (physical, sexual, emotional) and these issues within family systems. View all posts by Peter Choate