byNatalie Graves
in Mental Health, Social Work, Sports
0
ADVERTISEMENT
Share on FacebookShare on TwitterShare on LinkedinShare on PinterestShare via EmailShare on Reddit 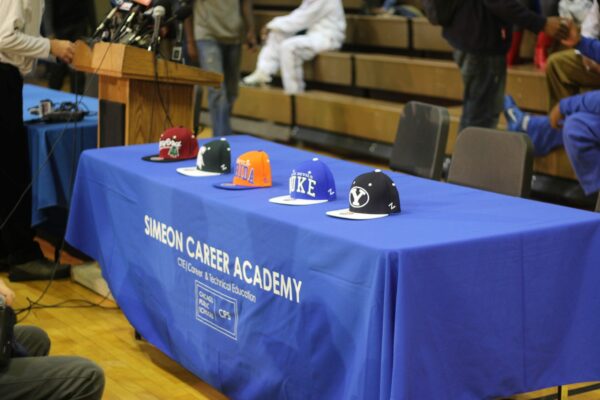 Two stories in recent news about athletes and their potential sports future caught my attention. One highlighted football player Daron Byrden, a 6th grader, and the other basketball player LaBron James Jr., a 4th grader . There seemed to be quite a bit of excitement surrounding these young men as well as speculation on what they will do in their sport’s career. These boys may have a great future in professional sports, but it will be no time soon. So, why are they getting this notoriety now? Why are colleges knocking on their doors and they are not even close to being in high school?

Daron Byrden is already being called the “Future Tom Brady “ although Byrden is not being consider a college prospect as far as I know today (tomorrow who knows), his football development as well as his ranking is and now for all to see. Labron James Jr. at ten years old already gets attention just because of who his father is now he getting some added attention due to the fact he is playing good basketball, these days well, at least for a ten year old.

I began to think what is going on when kids are being recruited by colleges and getting national attention before they can barely cross the street by themselves, but unfortunately this is nothing new. In 1986, Indiana coach Bobby Knight watched a basketball player twice and recruited a young boy by the name of Damon Bailey who was in 8th grade at the time. Do you remember Damon Bailey? I am not surprised if you do not. Damon Bailey was Mr. Basketball USA and Big Ten Freshman of the year in 1991. In 1994, Bailey was drafted to the Pacers, but he was cut after one season. In retrospect, many feel Damon Bailey fell victim to the pressures that had been mounting on him to perform.

The social worker in me began to think about the effects of young children being recruited before they are teenagers as well as children getting national attention. We make a mistake as a society treating children as adults; in the same way we are in error when we treat young athletes as if they are professional athletes. There is a reason why parents have to set limits and boundaries with their children. It is because children are not developmentally ready to navigate through the pressures of life. This is even more true when trying to place a 10 year old in an elite athlete’s world.

The pressures associated with professional sports are already high, and even more so if you happen to be the son of maybe one of the best players in basketball history. Putting kids in the spotlight for their potential achievements, places a lot of pressure on them and diminishes their ability to be stress free kids. This kind of pressure if suffered long term could lead to mental health problems. We already know that 51% of young athletes stop playing sports by the age of 15. One reason kids are leaving sports is because it stops being fun due to the stress, pressure and unfair expectations dumped on them. It is no longer about having fun and the team, instead it’s about the Amateur Athletic Union (AAU), year round training camps, getting faster and stronger as all eyes are watching, and of course social media.

When Bob Knight set his sights on Damon Bailey, we did not have Facebook, Twitter and Instagram. For James and Byrden, every move they make may be watched and replayed over and over. Every missed free throw, interception thrown, even a bad decision with their behavior off the court, as young kids make all the time, could make the news. Many professional athletes fail terribly after being in the spotlight of the public’s eye 24/7. Is it fair to place kids in adult expectations? Are we putting them at risk when placing them in these situations? I think we could be.

It is also important to note, parents responsibilities to be the gate keepers for their children who are athletes. Even LaBron James says he does not want colleges trying to recruit his kid. There is no way to really know how children will develop physically and how their development will impact the sport they play in the future.

Many things can happen between now and when it is time to play in the pros; injury is a big one.  Are we preparing these children for plan B? It is very possible that things do not go as planned. Are the adults in the room looking at the consequences that could be waiting? Issues like low self-esteem, anxiety, and depression could be waiting. It may be time to do a double take because at the end of the day these athletes are just children and instead of pushing kids into sports we could be pushing them away in a just a few short years.

What Do You Know About the Social Work Reinvestment Act

Natalie Graves, LCSW has a private practice specializing in athletes’ mental health & wellness. She received her master’s degree from the University Of Chicago School Of Social Service Administration and her Bachelor’s degree from Chicago State University. She was a visiting student at the University of Maryland where she studied abroad in London, England in the Sport, Commerce, and Culture in the Global Marketplace Program. Natalie also completed an Addictions Studies Program at City Colleges of Chicago Kennedy-King College.

Paving the Way for Change is #YSocialWork