byStefano Montanari
in Human Rights, News, Parenting, Social Work
0
ADVERTISEMENT
Share on FacebookShare on TwitterShare on LinkedinShare on PinterestShare via EmailShare on Reddit 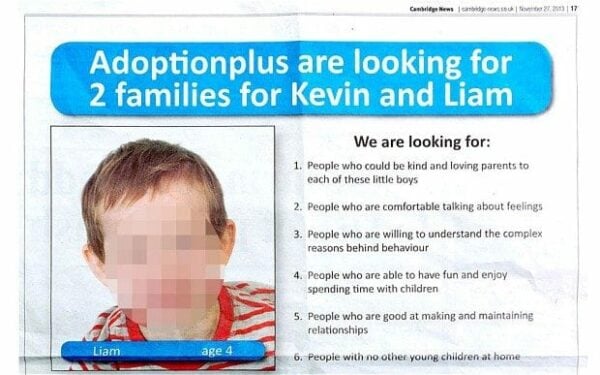 Re-homing, a practice which consists in transferring a child’s custody to non-family members without the oversight of child welfare or judicial authorities, became a nationwide issue after Reuters published an investigation in September 2013. The 18-month investigation revealed that parents used Internet discussion groups to give away their adopted children and sparked heightened debate across the country. In May 2014 the U. S. Department of Health and Human Services (DHHS) sent a Memorandum to state child welfare authorities encouraging an overhaul of legislations to “adequately address the implication of re-homing” and putting an emphasis on post-adoption services.

So far, only five states – Arkansas, Colorado, Florida, Louisiana and Wisconsin – have regulated it. Since February, lawmakers in Maryland, Nebraska, New York and North Carolina are discussing bills to address re-homing.

At the beginning of April, Arkansas became the fifth state to have regulated the practice when its Governor, Asa Hutchinson, signed two bills to this effect.

The first law, signed on April 2, ensures post-adoption services to families and the screening of prospective guardians. The second, signed four days later, makes re-homing a felony punishable by up to five years of prison and a maximum fine of $5,000.

The laws were speedily adopted in the wake of a dramatic re-homing case which involved Arkansas State Rep. Justin Harris. In February, Harris admitted to have given away two adopted daughters bypassing child welfare authorities. The eldest child, 6 years old, was eventually sexually abused by the man to whom Harris had transferred the custody.

This was the tenth re-homing case in two years occurred in Arkansas that the local child welfare authorities were aware of.

“The story in Arkansas and other stories that have been in the media recently about re-homing tells us that many adoptive parents are struggling to meet the emotional or behavioral needs that come out after they have adopted a child,” said JooYeun Chang, associate commissioner of the Children’s Bureau at the U.S. Department of Health and Human Services (DHHS), in an interview.

One study reported that only 26 percent of adoptive families in the United States felt they received quality mental health services. Parents engaging in re-homing often mention the lack of support as a reason for their actions.

Acknowledging the high vulnerability of children in rehoming cases and the inadequate support available to families overwhelmed by children with behavioral problems, Chang underscored the federal government intention to change the situation. “This is an important policy change that really needs to happen. The President 2016 budget contains a proposal that would guarantee federal funding for prevention and post-placement services.”

The proposal Chang refers to involves $587 million over the next ten years to help state agencies offer adoptive parents crisis counseling and other support. “Maybe States will not have all of the prevention and post-adoption services ready at year one. But over time if there is a dedicated federal funding stream that is going to support these types of activity, States will continue to build their capacity to provide them,” Chang said.

Stephen Pennypacker, a senior child welfare expert and President of the Partnership for Strong Families, welcomed the federal proposal as a rare intervention on the front and back-end of child protection services. “These services are integral to prevent abuse from ever occurring. Some adoptive parents legitimately reach our for assistance and try to get help but then, because they are either unable to get it or the help that they access is inadequate, they turn to self-help remedies like re-homing. When an adoptive family starts to struggle we need to have something available to them rather than having to turn to the Internet or some other ways to make a child placement”.

Some doubt whether the proposed funding alone can prevent re-homing. “Enhanced support for adoptive families is certainly positive,” said Jacqueline Bhabha, professor of the practice of health and human rights at Harvard School of Public Health. “Whether it will have any impact on re-homing is not clear however. This will depend on targeted risk assessment and careful monitoring of at risk families and adoptive children that may well tend to fall under the radar normally.”

A leading expert in the field of children’s rights, Professor Bhabha stressed the importance of more progressive policies in the whole adoption system, in particular as regards international adoptions, and the need to improve the scrutiny of parents’ suitability and children’s adoptability. “Even before you get to the re-homing, if you look at the homing there are a lot of practices that are very troubling. Families which are not well qualified to be adopting are allowed to adopt. Much more supervision is needed.”

Progress in U.S. legislation and policy might have positive repercussions in Canada too, where cases of private rehoming, including across the border, have occurred in the recent past. “The U.S. is providing needed leadership that Canada should emulate to develop a more serious incentive program and also ensure better surveillance and monitoring of children’s rights,” said Mary-Ellen Turpel-Lafond, British Columbia Representative for Children and Youth. Warning about the risks that re-homing can pose to children, she advocated a stronger focus on children’s rights and pointed at European initiatives “which appear to be more understanding of the possibility of systemic exploitation”.

In Europe, where no re-homing case has been reported, states are required to act in the best interests of the child in all child matters. In Germany, a federal country, “nobody can relinquish his parental rights without the authorisation of youth welfare and judicial authorities. Post-adoption services and supervision are obligatory,” said Tanja Schwarz, a German family lawyer.

Officials at the Government Accountability Office confirmed that they expect to publish a study this fall on state and federal laws governing this practice.

When asked whether there is a need for further federal intervention to ensure uniform laws on re-homing across the country, Chang said that “the current definition of abuse and neglect is broad enough to include re-homing. It is up to the State to enforce both criminal and dependency laws.”

Duffy Books in Homes Working Towards Literacy for Kids

Stefano Montanari is an Italian freelance journalist specialised in human rights. Graduated in Humanities, with a focus on History and International Relations, he obtained an M.A. in International Co-operation and Project Design, after which he has been working for international organisations promoting human development and human rights. He currently works as head of communications for the Council of Europe Commissioner for Human Rights. The views expressed here are his own and do not necessarily reflect the official policy of the Council of Europe.

Protecting Children’s Rights in the Digital World: An Ever-Growing Challenge