Why Aren’t We Talking About Sexual Assault On Campus?

bySWHELPER
in Criminal Justice, Education, Social Work
0
ADVERTISEMENT
Share on FacebookShare on TwitterShare on LinkedinShare on PinterestShare via EmailShare on Reddit

As children, we embark on various journeys in life from attending our 8th grade dance, making the cheer-leading team or making the varsity sports team in high school. Then, if fortunate enough, its surviving the hectic and often stressful 4 years of college in hopes of obtaining your degree. With this journey comes many obstacles and sadly sexual assault on campus can be one of the harsher obstacles in life someone may experience with many long-term and devastating effects.

Students found guilty of sexual assault on campuses have a high probability of receiving no consequences for their actions. It is usually the victim that has to endure the shame, feelings of embarrassment and anger which may change their outlook on life. Victims are either too scared to report or feel as if they some how caused the events to happen. Most survivors suffer high rates of Posttraumatic Stress Disorder (PTSD), depression, and co-occurring drug/alcohol abuse. Due to under-reporting, it is believed that 1 in every 5 women will be sexually assaulted while in college.

According to an article in Mother Jones,

The NIJ-funded study also examined the circumstances and risk factors surrounding sexual assault on campus, including the role of alcohol and fraternities. Nearly 60 percent of campus sexual-assault victims were under the influence of booze or drugs when they were attacked; one-fourth said their assailant was a frat member. Read Full Article 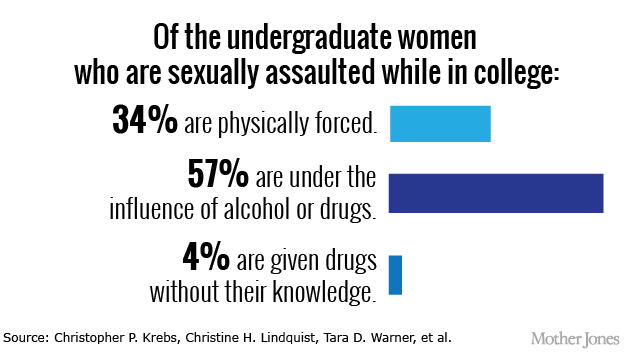 To make our campuses safer, change needs to happen with school policies and practices to prevent these assaults from happening. Across all demographics, rapists and sex offenders are too often escape paying for their crimes and are free to assault again. Sexual assault in general is a subject that people keep on “the hush hush”, but we need to start talking about sexual assault on campus in order to create a safe environment for students to excel.

We are students passionate about empowering people, and we’ve started this campaign to give a voice to those who don’t have one #‎outofyourshadow

Fighting Violence Against Women Must Become A Top Priority