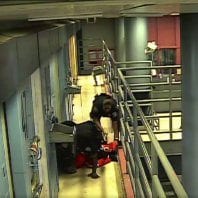 On Saturday, June 6, 2015, 22-year-old Kalief Browder, a Black man from the Bronx, committed suicide at his home unable to recover from the trauma he endured as a child prisoner in New York City jails. Social Workers Against Criminalization (SWAC), a committee of the National Association of Social Workers – New York City Chapter, pauses today to send peace to Kalief Browder and his family and to acknowledge the tens of thousands of teenagers that remain in custody throughout the United States.

When he was sixteen, Mr. Browder was accused of stealing another boy’s backpack and was arrested. He was sent to Rikers Island because his family was unable to pay the $3000 a Bronx criminal court judge demanded as a condition of his release. While in custody, he maintained his innocence until the case was finally dismissed by Bronx District Attorney Robert Johnson three years later.

At Rikers Island, Mr. Browder was bullied and beaten by correction officers and spent nearly two years isolated in solitary confinement where he mentally decompensated and attempting to kill himself there at least five times after being denied the healthcare services he requested.

He had not reported any mental health distress prior to being subjected to solitary confinement, which is considered torture by an abundance of international bodies and defined as pathogenic by forensic psychiatrists – that is, a direct cause of mental illness.

Each year thousands of teenagers and tens of thousands of adults will spend time at Rikers Island because they are unable to pay for their liberty while their criminal court cases advance through a legal system clogged by the hundreds of thousands of arrests dictated by New York City’s stubborn adherence to fundamentally racist Broken Windows policing. Like Mr. Browder, 95 percent of the people cycling through Rikers Island are either Black or Latino, and a recent study by the Vera Institute found that in the Manhattan District Attorney’s office, race was meaningful predictor of bail and charging outcomes.

After spending three years, terrified and alone in a cage, Mr. Browder was suddenly released on the side of the road in Queens with a two-ride Metrocard and told to find his own way in the world that he had been unjustly ripped from and no longer understood to be his. Across the United States, 2.5 million people are incarcerated, nearly all of who will return to their home communities. Who is responsible for repairing the torture and damage inflicted by the State through the brutal, dehumanizing process of incarceration?

While more visible acts of state violence – like police brutality – have been brought into the national spotlight by the relentless protest of young people of color, forcing a national conversation on race and policing, acts of torture and the traumas of incarceration remain largely unseen, though we now know them to be just as deadly. As social

As social workers, we acknowledge the historical and current role of our profession in participating and perpetuating state violence while recognizing our responsibility to stand up to the injustices of structural racism and the continued criminalization of Blackness and poverty by the very institutions that are sworn to serve and protect.

Social Workers Against Criminalization call for the immediate removal of all adolescents from Rikers Island, the cessation of any forensic social work practices that lead to the maintenance and furtherance of trauma and grief as well as the abolition of secured financial collateral for release and other money-bail practices that discriminate against the poor.

Shreya Mandal, JD, LMSW works at Brooklyn Defender Services in New York. She recently joined the Harvard Program in Refugee Trauma focusing on Global Mental Health and Trauma. Ms. Mandal worked as an in-house mitigation specialist for The Legal Aid Society of New York from 2004 to 2014 and briefly worked as a public defender at The Bronx Defenders. Ms. Mandal is also a recipient of the 2009 National Association of Social Workers Emerging Social Work Leadership Award. View all posts by Shreya Mandal