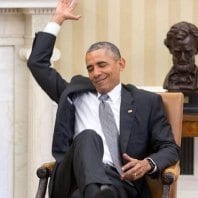 Millions of Americans breathed sighs of relief upon hearing the Supreme Court’s decision to leave in place subsidies in the Affordable Care Act (ACA) for the insured in states where the federal government created the marketplace exchanges. Six of the nine justices believed it was Congress’s intention to provide a healthcare system that would cover as many Americans as possible. Among those waiting to exhale were social workers who are a critical component in the reformation of the healthcare system under the ACA.

President Barack Obama celebrated the validation of his signature legislative accomplishment with his closest staff. Conservatives were appalled by the decision that—for all intents and purposes—institutionalizes a system they derisively named and now is commonly known as Obamacare.

Most Americans know the law for providing healthcare insurance for millions more Americans through affordable premiums and expanded Medicaid. On a larger scale, the ACA is transforming the entire way we look at health and healthcare.

While discussing social workers involvement in the transformation of the nation’s healthcare system with Dr. Darla Spence Coffey, President and CEO of the Council on Social Work Education (CSWE), she pointed out that since the enactment of the ACA the focus of health and healthcare has moved from individualized medical care to an integrated model that includes behavioral health as well as primary care while factoring in social determinants of health.

This is social work’s approach to healthy living that takes into account the biopsychosocial and spiritual dimensions of human existence. As a result of the new direction for healthcare, there is a greater appreciation of the value social workers bring to the process.

CSWE and the National Association of Social Work (NASW) are partnering on a number of initiatives that will expand social work in healthcare settings. One that includes the Society for Leadership Social Work Leadership in Health Care (SSWLHC) is an agreement with the Centers for Medicare & Medicaid Services (CMS) to train Certified Application Counselors (CACs) to enroll the millions of Americans eligible for healthcare insurance who have not yet signed up. Another initiative funded by the New York Community Trust called Social Work HEALS: Social Work Healthcare Education and Leadership Scholars Program, provides scholarships for social work students at 10 universities.

Social workers are receiving training through the Health Resources Services Administration’s (HRSA) $26.7 million Behavioral Health Workforce Education and Training for Professionals program. Sixty-two schools of social work received $19 million of the funding that will allow about one-fourth of accredited MSW programs to provide scholarships to 4000 students at $10,000 each over the next three years. Additionally, CSWE’s Gero-Ed Center presented a series of five webinars on opportunities for social workers under the Affordable Care Act.

Dr. Coffey says the shift to more integrated healthcare service delivery has spurred greater interest in inter-professional education. CSWE’s annual survey which will be released soon, found that 40 of the 223 masters programs that offer joint degrees reported having a MSW/MPH dual degree option. She reports the number of students specializing or pursuing a concentration in healthcare is on a steady incline. The health and integrated health field setting is the second most common setting after mental health. The health/integrative health and mental health setting for baccalaureate students is now the fifth most populated setting—moving up from sixth last year with 400 more students reported for that setting.

Social workers are regaining influence in discharge planning in hospitals as the determinants of health are understood to be more than a menu list of medications and activities. “There is a greater appreciation for social workers in hospital settings,” Dr. Coffey explained, “because hospitals will be penalized for excessive readmissions under the Affordable Care Act.” The ACA contains a provision that reduces Medicare payments to hospitals with higher readmission rates. Having social workers involved in case management and discharge planning should help reduce the number of readmissions.

Driving this demand is the aging of baby boomers and the expansion of healthcare by the ACA. Now that Obamacare will remain the law of the land, social workers will play a major role in the transformation of the nation’s healthcare.