byDr. Charles Lewis, Jr.
in Criminal Justice, News
0
ADVERTISEMENT
Share on FacebookShare on TwitterShare on LinkedinShare on PinterestShare via EmailShare on Reddit 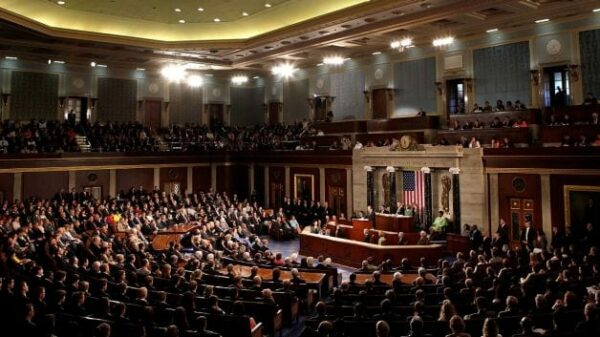 Despite members of the Democratic and Republican parties both expressing the need for reforming the criminal justice system, efforts remain stalled in Congress due to the Republican majorities in the House and Senate inability to pass several key legislative bills. Infighting between conservatives and the Republican leadership has stalled the House and Senate from completing passage of legislation to fund transportation and infrastructure.

The Senate agreed on a six-plan for highway funding that included a five-year renewal of the controversial Export-Import (Ex-Im) bank. Conservative Republicans in the House refused to support the Senate’s long-term transportation bill, but agreed to vote on a three-month extension of current legislation which the Senate is expected to approve. This allows the House to leave for its six-week summer recess.

Yet Congress has not raised the primary funding mechanism—the tax on gasoline and diesel fuel—since 1993 when it was raised to 18.4 per gallon. Adjusted for inflation, it is now worth about 11.5 cents. Had it been indexed to inflation it would be about 30 cents. Increase fuel efficiency also erodes the monetary value of the tax. As a result Congress had to make transfers from the General Fund to the Highway Trust Fund in 2008, 2009, 2010, 2013, and 2014. In the meantime, highways, roads and bridges continue to deteriorate.

According the ASCE, nearly a third of the nation’s major roads are in poor or mediocre condition costing Americans millions of dollars in additional car repairs. Why not pay the gas tax?

Passing a stopgap measure ensures more time will be spent later in the year wrangling over these same issues. Several critical issues will be waiting for members of Congress when they return from their recess the day after Labor Day. The clock will be winding down on the 60-day review period for the Iran nuclear agreement.

Then there’s funding the federal government. Congress will have just 12 working days to pass a continuing resolution needed by October 1 to keep the government operating. Legislation authorizing the Federal Aviation Administration also expires on October 1. The debt ceiling needs to be raised before the end of the year or we will be facing another potential shutting down of the government. The fate of the Ex-Im Bank still needs to be resolved. And that pesky Transportation bill will be right back on the table.

Given Congress’s inability to function, it is small wonder that we have seen scant effort to pass legislation reforming the criminal justice when both parties agree that the issue must be addressed—a true rarity in this day and age.

Two bills are worth watching. One, a bill for the reauthorization of the Juvenile Justice and Delinquency Prevention Act (S.1169)—sponsored by Iowa Senator Charles Grassley passed unanimously by voice vote this week by the Judicial Committee which Grassley chairs. The legislation has not been fully authorized since 2002. The fight will be to restore funding for delinquency prevention programs which were drastically cut during the Bush administration. A companion bill—the Youth Justice Act (H.R. 2728)—was introduced in the House by Rep. Robert C. “Bobby” Scott (D-VA3).

The second bill to watch is the bi-partisan Safe, Accountable, Fair, and Effective (SAFE) Justice Act of 2015 (H.R. 2944) co-sponsored by Rep. James F. Sensenbrenner, Jr. (R-WI-5) and Rep. Scott. The bill will overhaul the federal prison system based on proven reforms done at the state level, including reforming the probation system. The bill is truly bi-partisan with 19 Democrats and 18 Republican co-sponsors.

Both the bills would make significant steps towards reforming our broken criminal justice system however, neither will get much attention unless Republicans find a way to resolve their differences and get Congress back on track. They say they can do a better job of governing than Democrats. So far they have little to show to backup their claim.