byKerry Ferguson
in News, Social Good
0
ADVERTISEMENT
Share on FacebookShare on TwitterShare on LinkedinShare on PinterestShare via EmailShare on Reddit 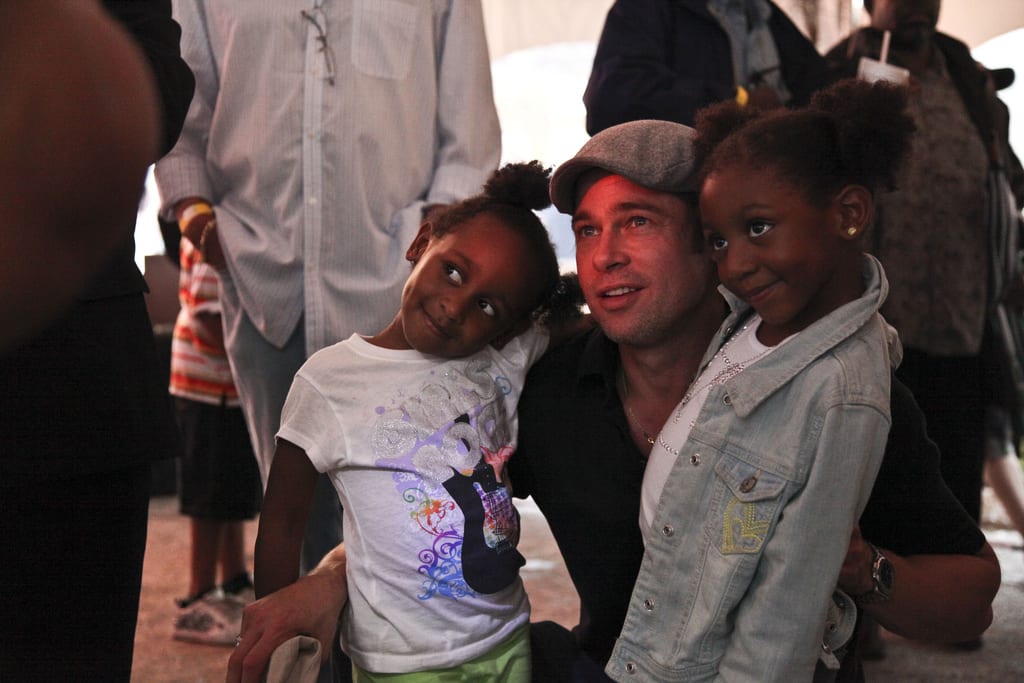 Deemed the power couple in Hollywood, Brad and Angelina have not failed to be noticed for their humanitarian efforts and this is no exception. A decade after the disaster of Hurricane Katrina, Brad Pitt and his foundation Make It Right has been a blessing to 109 families devastated by the hurricane. Famous for his acting ability, Brad is no stranger to our screens and has been propelled into fame for his roles in Thelma & Louise, Ocean’s Eleven and on the other side of the camera produced and starred in the Academy Award winning film 12 Years a Slave.

Hurricane Katrina struck New Orleans in August 2005 killing at least 986 Louisiana residents in its path. New Orleans saw 70% of its occupied units damaged which is a huge amount of people left without a home. I cannot imagine the detrimental effect it would have to see your home and belongings displaced, ruined and lost in such a short space of time.

With winds of up to 140 miles per hour stretching across 400 miles of land it cannot be denied the catastrophe this caused. Whilst levees for the Mississippi River were reliable, the same cannot be claimed for Lake Pontchartrain, Lake Borgne and the marshes on the east and west of the city which inevitably flooded the area. 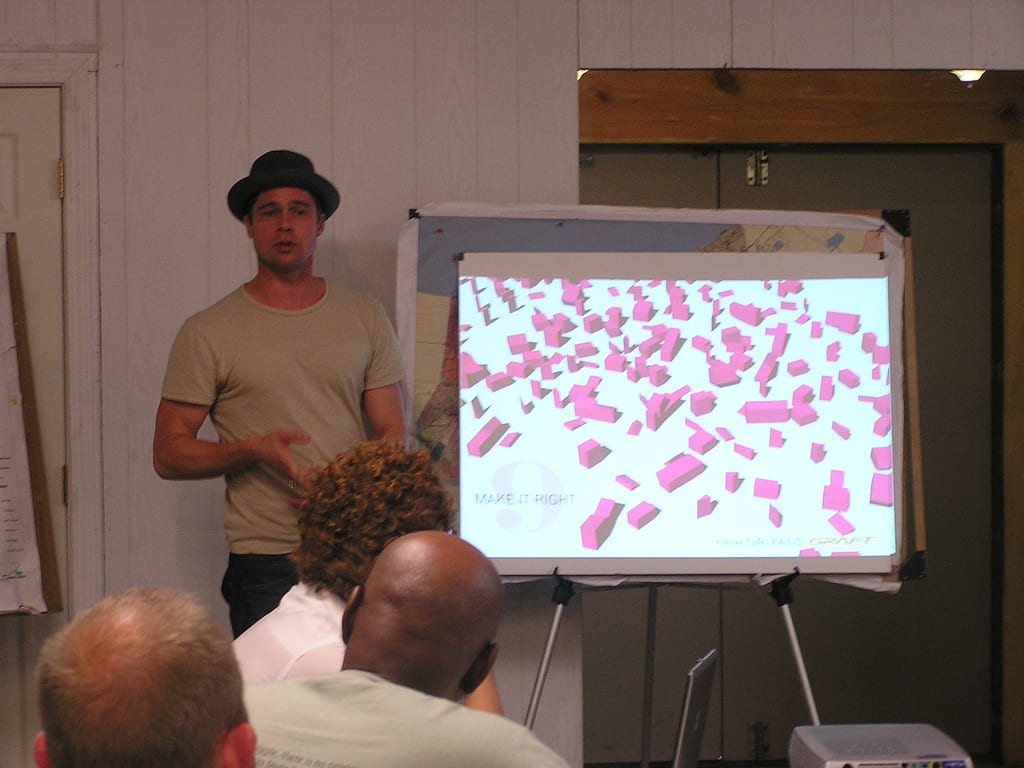 Determined to help, Brad Pitt decided he would rebuild homes, but he also was under no impression it would be an easy task. It quickly became crystal clear how hard this undertaking would actually be. Through his foundation and with the determination of local residents, Brad began to encourage prestigious architects to lend a helping hand. The help of Shigeru Ban, Thom Mayne, and Frank Gehry was enlisted to tackle this mammoth project with the added challenge of designing and building eco-friendly homes.

The goal was to develop hurricane-resistant homes that were cheap to build and live in. Around 30% of the population was thought to be in poverty which highlighted the importance of building homes that were affordable and would not put the vulnerable at more financial risk. It was hoped the homes would help residents escape the poverty trap, and it was equally important to also allow community members to make most of the decisions regarding the designs. As a result of the collaboration, the Make it Right foundation built aesthetically pleasing houses that catapulted the area into being a tourist attraction, and I can see why! 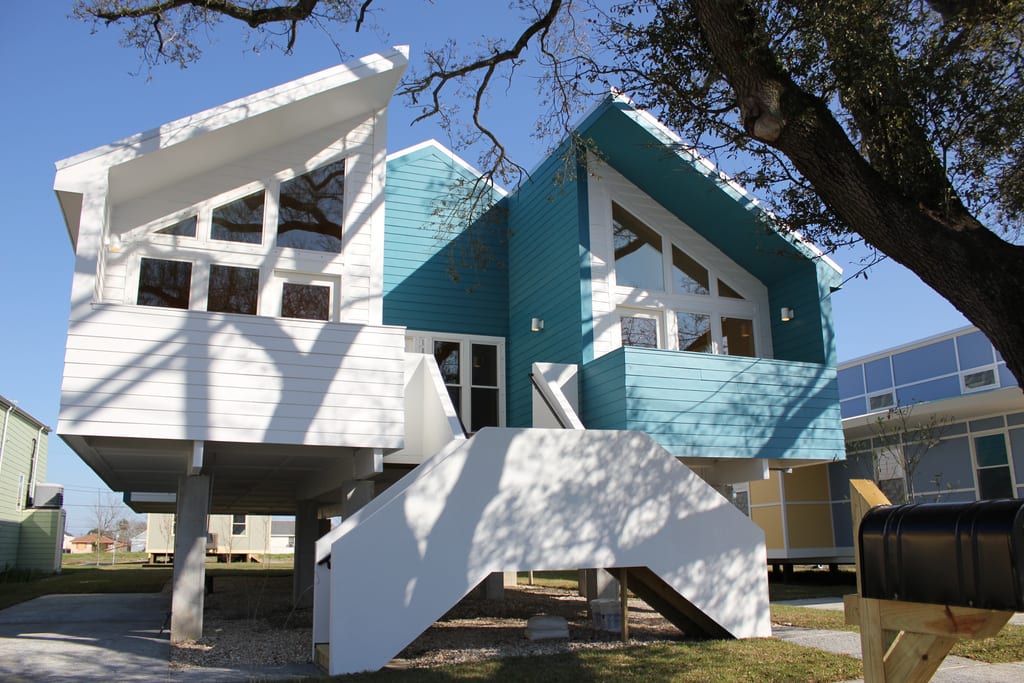 Equipped with the best architects and the local community what could go wrong? Bureaucracy of course with forgivable loan structures, family financial counseling, lot rights, and HUD grants to name. However, these hurdles did not stop the celeb, his team and the community from meeting their goals. Rebuilding the neighborhood cost around $26.8 million which is thought to have been funded through federal loans and donations. 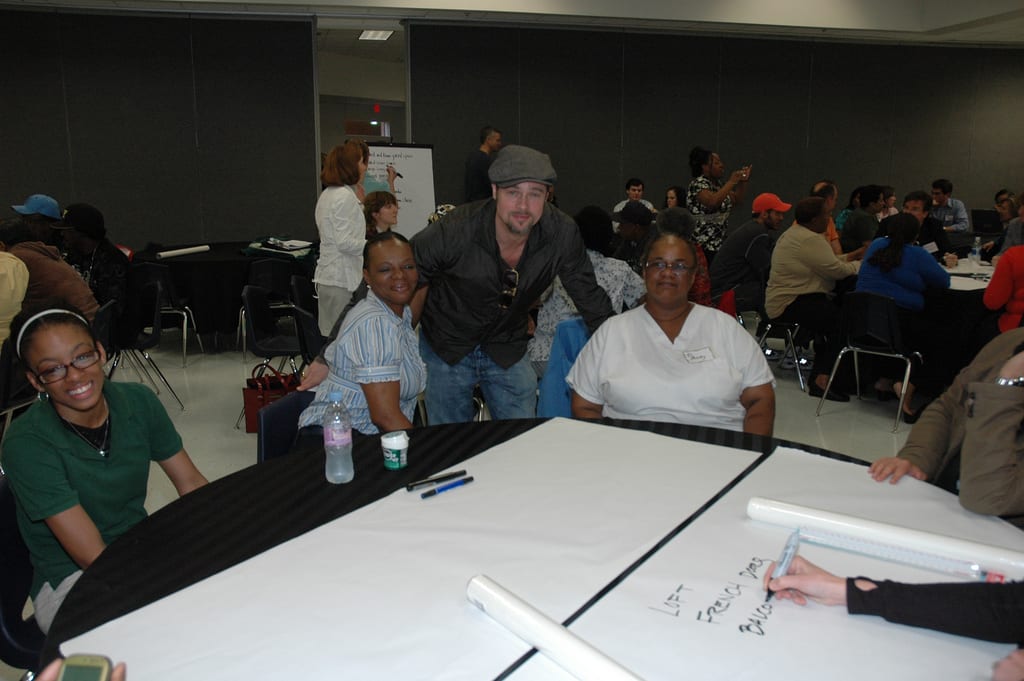 Although it is unclear whether this sum dented Brad’s bank account, it definitely showed his devotion to humanitarianism because he was very hands on with this project. Not one to shy away from his efforts, Brad has admitted he enjoys seeing the residents making use of their homes and converses with them often. Brad Pitt definitely met his goal considering a resident claimed their utility bill was around $24, jealous?

Currently shooting for a war film, Brad is excited to return to New Orleans for filming, claiming the area is so great for filming that it’s never a fight with studios as they love it and clearly he also loves the city very dearly!

Without Papers But Not Without Rights: The Basic Social Rights of Irregular Migrants