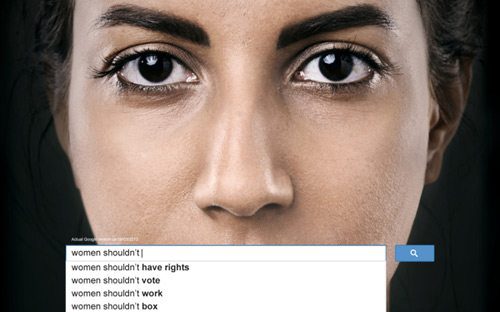 Human rights defenders and civil society organisations working to protect the human rights of women and gender equality perform an essential role in Europe. They provide much needed assistance to victims of gender-based violence, combat discrimination against women, contribute to peace-building and hold authorities accountable for fulfilling their human rights obligations. Unfortunately, as I learned at a roundtable with a group of women’s rights defenders in Vilnius in July, they also face serious obstacles in their work.

Along with other human rights activists, the situation and working environment of women’s rights defenders are affected by several negative trends in the Council of Europe area. Restrictive legislation and repressive practices against civil society in Azerbaijan, the Russian Federation and Belarus have also had an impact on those who work to protect the human rights of women and promote gender equality. In Hungary, several women’s rights organisations were among the beneficiaries of the Norwegian NGO Fund and have been targeted by smear campaigns, audits and inspections.

In addition, women’s rights defenders face specific obstacles when they challenge patriarchal values, sexist stereotypes and the traditional perception of gender roles. They can be portrayed as destroyers of family values and national traditions or as agents of what has pejoratively been labeled “gender ideology”. I highlighted this issue in my latest report on Armenia,where women’s rights organisations and defenders were violently targeted in 2013 during the discussion and adoption of the Law on Equal Rights and Equal Opportunities between Women and Men.

Women’s rights defenders also face intimidation, pressure, threats, attacks, defamation, cyber-attacks and disruption of victims’ hotlines. Those working on sexual and reproductive rights or advocating the rights of women victims of domestic violence have often been specifically targeted. For example, in Ireland, defenders working on abortion issues experienced a smear campaign and stigmatisation. In many countries, segments of ultraconservative movements and far-right or extremist religious groups have been the instigators of such attacks. A serious problem lies in impunity for such actions. All too often state authorities do not fulfill their duty to protect human rights defenders by ensuring effective investigations into these violations and adequate punishment for those responsible.

Most defenders of women’s rights are women. Women human rights defenders are at a high risk of experiencing gender-based violence, rape and other forms of sexual violence, harassment and verbal abuse as well as attacks on their reputation on-line and off-line. A worrying phenomenon which has been identified recently is the increasing use of hate speech targeting women human rights defenders. In Serbia, for example, members of the NGO Women in Black have faced gender-motivated attacks because of their human rights work.

The current period of austerity has made it particularly difficult for civil society organisations to find sustainable and long-term funding.  NGOs running shelters for women victims of violence, for example, have been weakened by cuts in public services at the local level.

Ways to improve the working environment of women’s rights defenders

The difficult situation of defenders of women’s rights highlights the fact that progress achieved towards gender equality has not yet been fully consolidated. As most defenders of gender equality are women themselves, the enduring discrimination of women can affect their work directly. Therefore even today it is essential to stress that equality between women and men is a fundamental right and a crucial element of the human rights agenda.

I urge Council of Europe member states to reaffirm and implement the national and international obligations they have undertaken to end discrimination and human rights violations based on sex and gender. In particular, I call upon all member states to ratify and implement the Council of Europe Convention on preventing and combating violence against women and domestic violence (the Istanbul Convention).

In 2013, the UN General Assembly adopted a specific resolution on the protection of women human rights defenders, expressing concern about the discrimination and violence faced by them and urging states to protect them and support their work. In July 2015, the UN Committee on the Elimination of Discrimination against Women called on States parties to ensure that women human rights defenders are able to access justice and receive protection from harassment, threats, retaliation and violence.

At the national level, I urge member states to adopt and implement laws prohibiting discrimination on the basis of sex and gender as well as legal provisions specifically aiming to combat gender-based hate crimes and hate speech. I also encourage member states to develop national guidelines and other measures to support and protect human rights defenders and to integrate a gender perspective in this work. It is time to put an end to impunity for violations that human rights defenders face because of their work. Expressions of support from the government and state institutions for the work of women’s rights defenders are of great importance and should also extend to the effective inclusion of women’s rights defenders in official consultations on relevant issues.

In several instances, women’s rights defenders have successfully partnered with the media in countering attacks, including smear campaigns, and in raising public awareness of their work and the importance of protecting the human rights of women and of promoting gender equality. I find it extremely useful to build on such experiences and to foster a culture of human rights and strengthen the defender’s interaction with the public.

It is time that women’s rights defenders receive the acknowledgment, support and protection they deserve for their committed work for human rights.

Nils Muižnieks was elected Commissioner for Human Rights with the Council of Europe on 24 January 2012 by the Parliamentary Assembly and took up his position on 1 April 2012. He is also a graduate from the University of California at Berkeley and Princeton University. View all posts by Nils Muižnieks