byTiffany Thompson
in Entertainment, Health, Social Justice
0
ADVERTISEMENT
Share on FacebookShare on TwitterShare on LinkedinShare on PinterestShare via EmailShare on Reddit 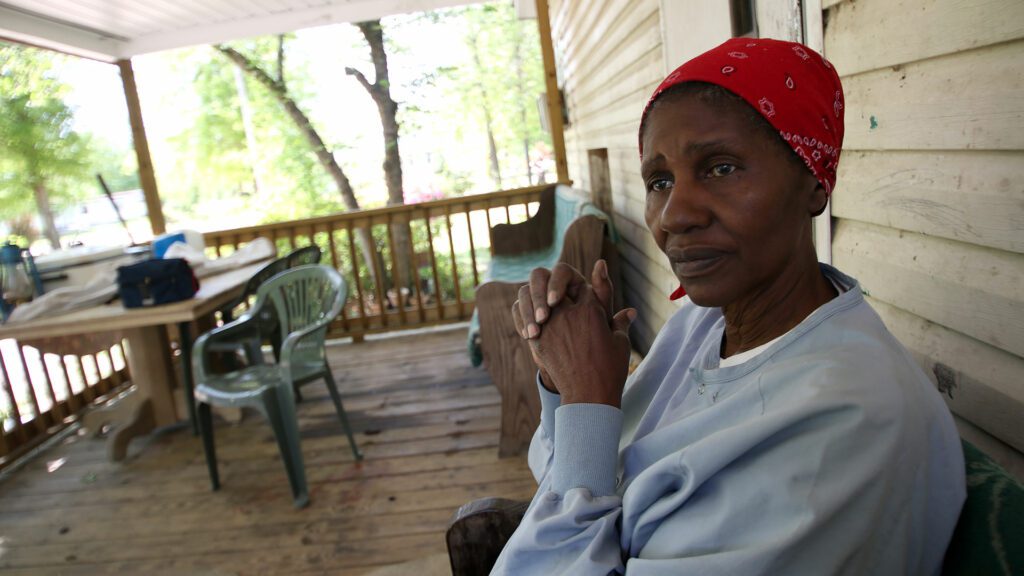 Wilhemina’s War first aired on February 29th, 2016, and the film chronicles the trials and tribulations of family matriarch Wilhemina Dixon, her daughter Toni who is HIV positive, and granddaughter Dayshal who contracted HIV at birth. Filmed over a period of five years from 2009 to 2014, the feature highlights the stages of caring for loved ones with HIV/AIDS using limited resources. Despite working odd jobs to keep the family afloat, Wilhemina pours her spirit into encouraging her daughter and granddaughter to survive.

This intimate look into the daily life of women of color with HIV in rural South Carolina along with the social and political barriers they faced adds to the appeal of this 55 minute docudrama. Every person in the film whether it be the survivor, activist, social worker, politician, pastor, or resident-is impacted by HIV/AIDS.

Cassandra Lizaire, author of “S. Carolina’s Haley Slams Door on HIV Prevention”, stated that, “Wilhemina Dixon knows this devastation well. A 64 year-old great-grandmother living in the dusty backroads of Barnwell, S.C., she spends her mornings in the field picking peas before the onslaught of the midday sun. Her odd jobs provide for her family of six and she takes pride in making an earnest living. Afterwards, as she sits in the shade of her porch, far removed from the political machinations, I imagine Dixon thinks of her daughter Toni who died of AIDS last year [2011] and ponders the future of her granddaughter Dayshal, who was born with the virus.”

June Cross, in the article “June Cross Tells the Story of a Family Fighting HIV in South Carolina”, chose to develop this documentary to raise consciousness and dispel myths about HIV/AIDS among African Americans in the rural South.

According to the Centers for Disease Control and Prevention:

The CDC implies that knowledge of the regions where HIV and AIDS have the greatest impact, informs the equitable distribution of resources for prevention and education in those areas. The CDC also suggests that its approach to the HIV crisis is driven by the 2010 National HIV/AIDS Strategy introduced by President Obama. The four main tenets of the strategy are to: lower the infection rate, expand healthcare availability and improve the quality of life for those who are HIV positive, lower HIV-related health inequalities, and attain a more organized federal approach to the HIV crisis.

However, Lisa Ko asserts in her article titled, “African Americans Hit Hardest by HIV in the South” that, “As seen in Wilhemina’s War…Governor Nikki Haley’s rejection of billions of federal dollars through the 2010 Affordable Care Act (ACA) and cutting of $3 million in AIDS prevention and drug assistance programs has resulted in substandard or nonexistent health services, medication, and medical care.” Wilhelmina’s War brings these statistics to life as it exposes the social and political obstacles Wilhelmina and her family encounter while inspiring the audience to advocate for collective change. Wilhelmina’s War can be accessed through the PBS.org website.

To assist the Dixon family and others with HIV in the rural South, June Cross shares the following ways to get involved:

In my previous experience working with HIV positive clients in a residential setting, my goal was to promote a safe, drug and alcohol-free community living environment. As residents, clients could access intensive case management, group and individual counseling, and intensive outpatient addiction treatment for up to two years.  During this period, most clients were empowered to acquire and sustain permanent housing. I learned that the best thing I could do for these clients was to show empathy and treat them how I would want to be treated. The only difference between me and them was time and circumstance.

I encourage social work students, practitioners, other helping professionals, and community activists to watch Wilhemina’s War to increase awareness about the status of the HIV/AIDS crisis in the rural South.