byCynthia Brown
in Human Rights, News, Poverty
0
ADVERTISEMENT
Share on FacebookShare on TwitterShare on LinkedinShare on PinterestShare via EmailShare on Reddit 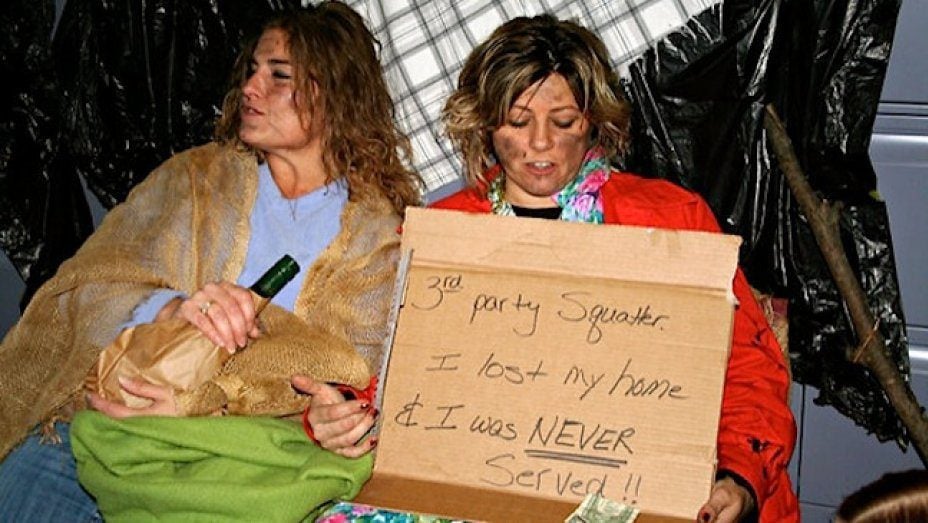 Homelessness is not prejudiced it crosses socio-economic, religious, educational, mental capacity, gender, veteran status, sexual preference and racial barriers; this destitution occurs in urban, rural and suburbia. Unfortunately, homelessness is an equalizer that causes one to lose hope and pride in the American dream as it becomes more elusive to the average Joe citizen.

Statistically speaking the National Coalition for Homeless Veterans reported that last year 12% of the adult population is veterans and of that total 20% are homeless with co-occurring disabilities and severe mental illnesses. Moreover, the state of our current economic situation and housing condition within the United States has created a social epidemic and high-risk population demographic.

The Tarrant County Homeless Coalition (TCHC) of Fort Worth, Texas, was established to serve the homeless population in Tarrant and Parker Counties. This agency annually conducts a point in time count of homeless individuals. On January 23, 2014, over 2400 people including children were homeless. Moreover, a systemized national survey revealed that over 84,000 were experiencing chronic homelessness. It was 30 degrees. Homelessness is a national crisis.

The Services for Ending Long-Term Homelessness Act (H.R. 1293) was introduced to the House of Representatives on March 4, 2015, by Democratic Alcee Hastings from Florida and currently has 21 cosponsors.  As of March 6, 2015, the health subcommittee received a referral for committee consideration from the House Committee on Energy and Commerce. As of this date, H.R. 1293 has not moved any further through the legislative process.

This Act (H. R. 1293) was proposed to amend the Public Health Service Act of 1944 by establishing sponsorship for supportive services in permanent supportive housing for chronically homeless individuals and families, and for other purposes.  Moreover, organizations that receive funding must treat individuals and families that are identified as chronically homeless and provide mental health and substance abuse treatment; treatment for co-occurring disorders; education on self-sufficiency and other services aimed at eradicating chronic homelessness.

The need for H.R. 1293 to become adopted is of an urgent nature to assist in eliminating homelessness. It is vital that you write, call or visit your local political representatives to ensure that they are aware of this Act and take action to address the issue of transitioning from homelessness to mainstream society it became a never-ending cycle.

This specific legislation could complement the Stewart B. McKinney Homeless Assistance Act, which was the preliminary phase to eradicating homelessness in America. Although this was an attempt to address the issue it was meant for short-term use only; however, few programs did not address the issue of transitioning from homelessness to mainstream society it became a never-ending cycle. Therefore, by enacting H.R. 1293, this amendment would address the gaps in services that exist within McKinney Act. Allowing for funding for advocacy groups, national programs, nonprofit and for-profit organizations to work collectively with heightened public awareness will eventually produce solutions to this global dilemma.

Supporting a National Priority to Eliminate Homelessness stated that the persisting numbers of homeless people in America are an indictment of our collective failure to make the essential ingredients of civilized society accessible to all citizens. Having the public’s best interest in mind and limited resources elected official must focus on the vital needs affecting their communities. The voice and influence in support of H.R. 1293 must come from the public against this grievous offense of homelessness.

Call, email and write your local, state, and federal elected officials and ask why H.R. 1293 has not moved any further through the legislative process. Let them know that we this amendment passed immediately!

Protest Movement Turned Into A Commitment to the City’s Homeless

Cynthia B. Brown is beginning her second year as a Master in Social Work Student at the University of Southern California concentrating on Social Work and Business in a Global Society with a military sub-concentration focal point. Cynthia has a passion for helping the homeless and has volunteered countless hours to different nonprofit organizations. She believes that homelessness is not prejudiced it crosses socio-economic, religious, educational, mental capacity, gender, veteran status, sexual preference, and racial barriers.

Sanctuary for Families Honored for Assisting Families of Domestic Violence