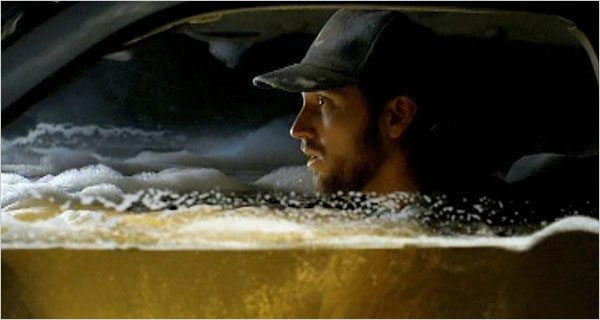 “Friends don’t let friends drive drunk”, a slogan engrained in the minds of Americans since 1983 to create awareness of the dangers of drunk driving.

Over the years, ad campaigns aiming to prevent drunk driving have continued in the media. However just last year it was reported by the National Highway Traffic Safety Administration (NHTSA) that 2015 ended what was a 5-decade long decline for lives lost in traffic accidents. Data shows that instead of a steady drop from 2014 to 2015, there was actually a 7.2% increase in fatal accidents. Though these statistics are not 100% alcohol related, it is reported that impaired drivers were linked to about one-third of the accidents.

One-third of the 35,000 reported deaths from traffic accidents equals about 11,600 deaths in 2015 due to drunk driving. That is equivalent to 31 deaths per day or 1 fatality every 51 minutes in the U.S. Despite these sobering statistics and the heartache over lost friends and family members, drivers continue to get behind the wheel after drinking too much.

If death is not a bold enough word to steer someone away from the driver’s seat after too many drinks, the life changing penalties of being caught driving under the influence should serve as more than a deterrent. All states define drunk driving as operating a vehicle with a blood alcohol concentration of .08 or above, but according to a Philadelphia DUI accident attorney, the specifics for breaking these laws vary from state to state. From vehicle impoundment, suspension of a driver’s license, potential jail time, and not to mention thousands of dollars in fines – driving while intoxicated is not an affordable risk. These ever-changing rules for a DUI are designed to punish perpetrators in a way that will serve as a warning for others not to repeat the same mistake.

Even with strict laws in place, it seems that trying to prevent drunk driving has slowly become a full time job. We have Mothers Against Drunk Driving (MADD), which is an organization founded by a mom whose daughter was killed by a drunk driver. The nonprofit fights to protect families from driving under the influence and also to support the victims and survivors of these accidents.

We also have Drive Clear, an organization helping DUI accident victims and their families not only recover physically from their accidents, but also helping to share their story to spread awareness. The team at Drive Clear wants to provide a way for drivers to be sure that they are safe and legal to get behind the wheel.

“We believe that through personal breathalyzer technology, we can substantially reduce the incident of drunk driving. We believe in people and their ability to make responsible decisions. When it comes to drunk driving, what people are missing is a way to ensure that they are safe and legal to drive, no matter what the circumstances”.

To accomplish this Drive Clear has partnered up with BACtrack, a high-tech Breathalyzer company, with a goal to make the use of these breathalyzers as synonymous with safety as putting on a seatbelt.

As a victim to a terrible drunk driving accident, Jimmy Anderson, founder of Drive Clear, grew this organization with hopes that the scars from his story might one day save a life or a family. With Hollywood glamorizing alcohol consumption, it’s hard to understand the toll that one poor drunken decision can have.  Jimmy’s story has not only brought reality to drunk driving but it has also brought a different approach to prevent accidents.

“The crash left me with physical and emotional scars that will never heal. The ones on my skin are ugly and painful; the ones on my spine will leave me physically broken for the rest of my life; the ones on my memory haunt my nightmares; and the ones on my heart, well, those are the most difficult to live with. But it’s those same scars that give me purpose.”  – Jimmy Anderson

Falynne Knight was born and raised in Phoenix, Arizona where she graduated from Arizona State University in 2015 with a degree in Journalism and Mass Communication. View all posts by Falynne Knight